AFC Asian Cup 2019: How it works and what is different 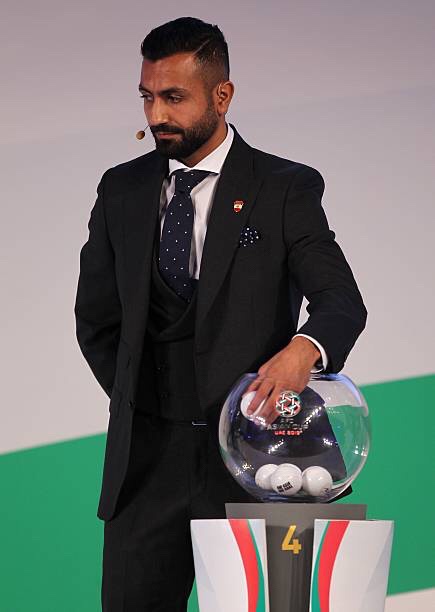 The draw for the 24-team continental competition will be held on May 4 at 6:30PM (Beirut Time) in Dubai at the Armani Hotel in Burj Khalifa.

According to the AFC website in a paper published yesterday :

⁃ « The 12 teams, who received an automatic bye into the AFC Asian Cup UAE 2019 after qualifying for the FIFA World Cup Russia 2018 – Asian Qualifiers Final Round, have already secured their places in pots one and two and have been allocated spots following Thursday’s publication of the latest FIFA ranking. »

⁃ « Meanwhile, the 12 teams who qualified from the recently concluded AFC Asian Cup UAE 2019 Qualifiers Final Round have been seeded in pots three and four and positioned accordingly based on the same rankings. »

As footballpalestine.com said: «This is the first time football’s governing body in Asia has seeded the tournament’s fields of participants without the use of the FIFA ranking since 2000. »

Therefore Lebanon is placed in pot 3.

The new format of the Asian Cup has seen an increase in the amount of sides taking part from 16 to 24.

Under the new format, the finalists contested a group stage consisting of six groups of four teams.

The top two teams from each group progress in to the last 16, plus the four best-ranked third-placed teams.

Lebanon climb to 82nd in Fifa rankings, returning to their highest ever position
Lebanon drawn alongside Saudi Arabia, Qatar and DPR Korea in Group E at AFC Asian Cup 2019 Draw