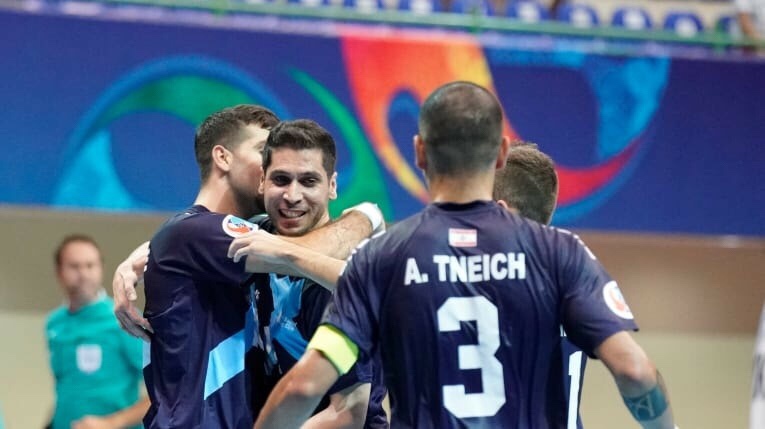 Bank of Beirut head coach Dejan Dedovic: “We are so happy we won and we hope to come back stronger and be champions next year. We knew they would use the power play and because of that we needed our players to stay focused which was our strategy and it worked out for us in the end. I’m very proud of my players.”

Waleed Khalid Al Mayali gave Nafit the lead in the second minute after Hasan Ali Jabbar broke free from the left on a counter and his delivery found Al Mayali, who slotted home.

The Iraqi club looked to have the match under control with Jabbar often the orchestrator of Nafit’s attacks as they pressed Beirut into their own half.

But Beirut woke up from their slumber as they quickened the pace and were soon in Nafit’s half. Mohamad Kobeissy found Mahdi Javid lurking in the box and the Iranian equalised for Beirut with a simple tap-in.

The Lebanon club took control of the match after that and Patrick Vieira Luz put Beirut in front in the 11th minute with a clever chip over Nafit goalkeeper Omar Sabti Jumaah. Nafit however, responded a minute later through Jabbar who volleyed his effort off a corner from the top of the arc to level the tie.

Beirut were unfazed as they continued with their high-pressing game and followed up with their third goal after Kobeissy found space on the right and sent his shot past Jumaah in the 18th minute.

Nafit soon found themselves under pressure in their half again as Beirut continued to push forward which kept Jumaah busy for the remainder of the half.

Nafit started the second half with purpose and took advantage of Beirut’s high pressing game in the 22nd minute when Farhad Tavakoli Roozbahani sent a long ball to Jabbar, who evaded Beirut custodian Hussein Hamadani’s challenge outside the box to slot the ball into an empty net.

From then on, both sides traded blows and it was Beirut who came closest to scoring with efforts from Kobeissy and Ahmad Kheir El Dine but neither could find a way past Jumaah.

The Lebanon club’s persistence paid off when Javid found space on the left and scored his second goal with a clinical effort in the 34th minute.

The Islamic Republic of Iran marksman completed his hat-trick a minute later when he beat an outstretched Nafit, who had activated the power play, by beating two defenders in the centre and slotting home.

Nafit, the 2016 runners-up, did not lose hope and Mustafa Bachay Hamzah should have scored in the 36th minute but missed an open goal as Bank of Beirut held on to clinch third place.