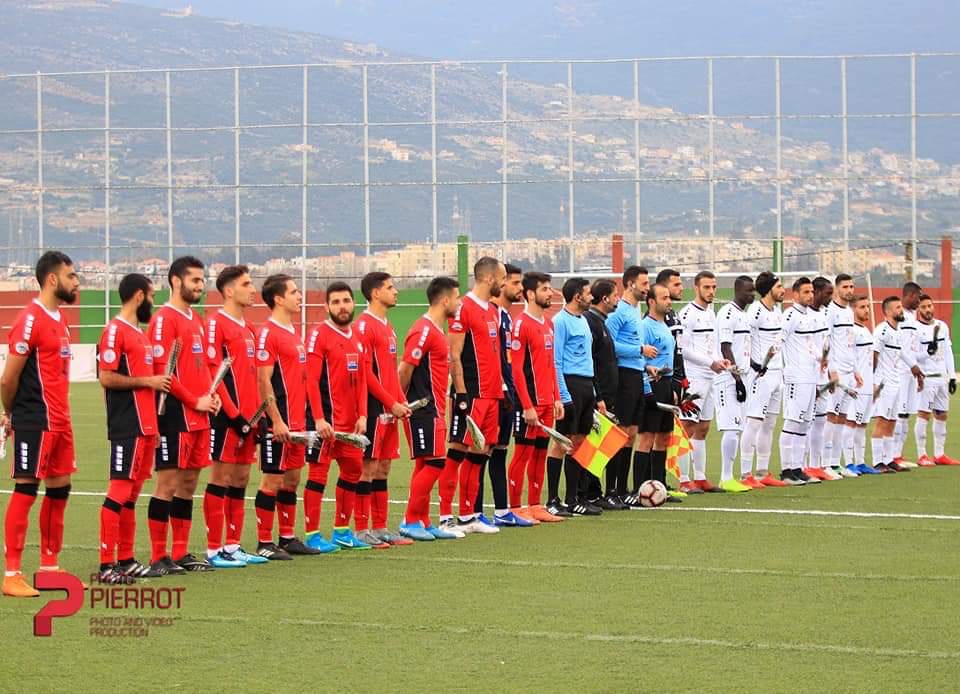 For the past three years, Nejmeh vs Salam Zgharta never failed to deliver from a neutral point of view. A Goliath vs David narrative that saw Nejmeh practically (and not mathematically) drop from the title race in the last two years (this year included after Ahed’s win vs Shabab Sahel). This is a reason for a serious rivalry between both fans, right? Of course, but not the only reason.

Before the 2016/17 season, Salam Zgharta appointed the then-little-known manager Tarek Jarraya, and started the season with three wins in a row (with a 5-2 vs Ansar on the opening day). For the first game, a struggling Nejmeh visited Zgharta in hope of turning their season around but a stubborn Salam Zgharta refused to lose and won by a 79’ header by Michael Helegbe. The return game was played in Camille Chamoun Stadium and the game ended in a 1-1 draw that saw little hostile reactions between the fans as both teams were still in the race for the title at the time.

In the following season, Nejmeh hosted Salam Zgharta in the first half of the season and lost to a Mamadou Niass late goal. When Nejmeh visited Zgharta in the second half of that season, they were eyeing the top of the table after Ahed slipped in the same round and Nejmeh fans were gloating about being in top days before the game started. Before the game, a chant coming from the away section in Merdeshiyeh statement contained bad words targeting Zgharta and its people, so tension grew between the two sections and chants lead each other until they started to throw things to each other and Nejmeh fans started to break chairs and throw them to the stadium as a protest for them losing. Sadly, one casualty suffered a fall from the stands and was taken care of him in a nearby hospital.

The tension got even bigger and got to the management level of both clubs when the Union of Arab FootballAssociation invited Nejmeh to the Arab Club Championshipinstead of the rightful Salam Zgharta (who were second the season before after Nejmeh failed to show up in their last game title decider vs Ahed and were sanctioned 6 points drop which made them third one point behind Salam Zgharta). In the end both clubs got to represent Lebanon in that competition, Nejmeh through qualifications while Salam were directly included in the draw. Salam Zgharta wanted to bring back Tarek Jarraya to the club after their coach Maher Sdiri opted not to renew after the end of the season but Nejmeh interfered and signed him in May of 2018, so they qualify for the 32 round of the Arab Club Championship and the relationship between both clubs went downhill. After the qualification of Nejmeh, Tarek was hired as the permanentNejmeh coach (but got sacked when the appeal for his 2 years ban was not overturned by the Lebanese football association) and he asked to sign Jean Jacques Yammine, the captain of Salam Zgharta. Salam Zgharta’s management considered a move with bad intentions and tension rose to higher levels. In August, a dinner meeting took place between Saccal and Monseigneur Frangieh to clear the tension between the two clubs. This meeting resulted of transfer of Omar Zinedine from Merdeshiyeh to Manara and a new page was opened between the two management.

We can’t say the same on the fans’ level. In the Elite League, Salam Zgharta and Nejmeh were drawn in the same group and were due to play the second round of the group stage. A video went viral of Nejmeh fans cussing the president of Salam Zgharta from the game vs Safa, days before the two clubs met in that group. This brings us to this season, a shaky Salam Zgharta were on the road when they played a strong Nejmeh in Saida Stadium and lost 2-0. Nejmeh fans were chanting disrespectful things towards their guests which was unnecessarily because there were only 4 away fans (myself and 3 others).

This bring us to yesterday’s game. A relegation threatened Salam Zgharta hosted Nejmeh who are 5 points away from Ahed in the title race. Prior to the game, the video mentioned earlier re-emerged which fueled the tension between the two clubs and that made the Zgharta fans hostile (which is unnatural of them) and started the offensive chants to Nejmeh fans and players.

In the end, I wrote this on my behalf only, so it can be a documentation of what happened over the years, to say that last night’s incident is just a revengeful act in a quasi-pacific way. Offensive chants and songs happen in every game worldwide and that makes the beautiful game more beautiful. Those chants should stay as chants and don’t escalate to any violence because when you taunt other when you win, you must accept taunting from others when you fail.