Poor preparations, match-fixing and tensions between clubs and the FA result in worst domestic season in recent years 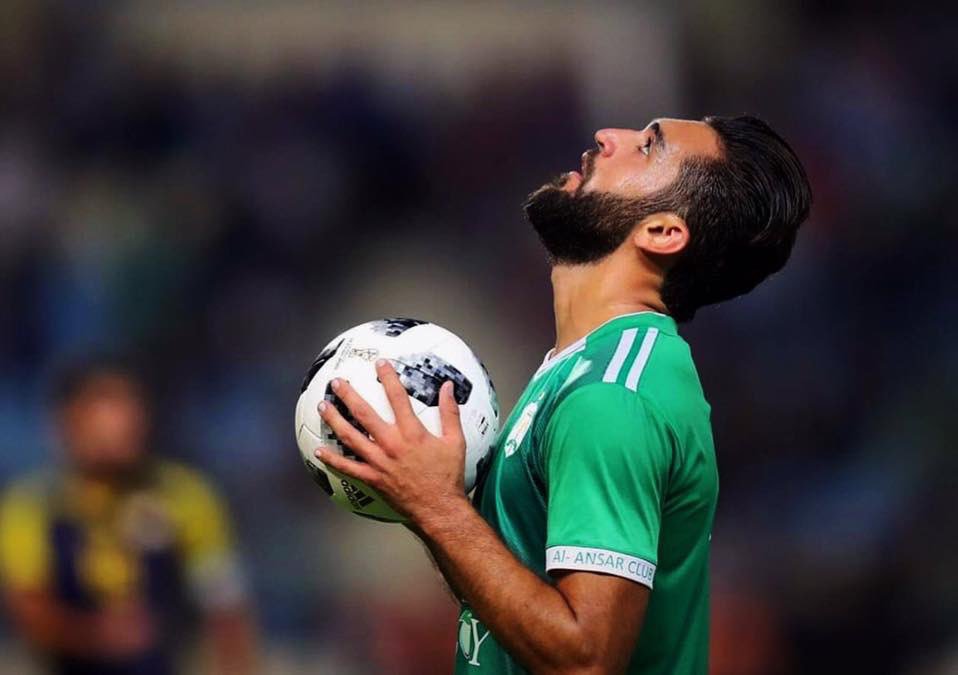 Last summer, excitement in Lebanese football was high, mainly in anticipation of the National Team’s historic participation in the Asian Cup in January, their first major tournament in 19 years. Indeed, this year was to be arguably the most important year in Lebanese football history, and with ambitions of making it to the knockout stages of the Asian Cup for the first time, it was more crucial than ever that the domestic game had a strong year. However, unfortunately, it was to be quite the opposite, as numerous issues amounted to provide one of the worst seasons in Lebanese football since the end of the Civil War.

The first of these issues was the chaotic summer and the poor preparations for the season that were seen at the majority of the Premier League clubs. Nejmeh changed head coach twice, sacking Theo Bucker at the end of the previous season before having to get rid of Tarek Jarraya because of a ban. They ended up appointing the Serbian Boris Bunjak only five days before their Arab Championship game against Al Ahly. And that was not the only thing they did last-minute; they brought in 5 of their 10 summer signings in the last week of the transfer window, giving Bunjak very little time to get this new team ready for the season. Ansar had it similarly, with Czech coach Frantisek Straka being relieved of his duties only a few weeks before the first league game against Nejmeh, and Jordanian Abdallah Abu Zama brought in to replace him. This gave Ansar’s new coach very little time to bring in his own players and instill his philosophy, and up until the last few days of the transfer window, Abu Zama was still looking for a foreign player, with him rumoured to be unhappy with Tunisian midfielder Louati who was brought in before his arrival. In addition, Hussein Awada and Youssef Anbar were both signed in the last few days of the transfer window.

The smaller clubs in the league suffered from even more problems throughout the summer. Tadamon Sour began pre-season without neither a head coach or a president, after Jamal Taha and Mohammad Mdeihaly both resigned from their posts, followed by assistant coach Fouad Hijazi. This meant they entered the Challenge Cup having not brought in any new players. Tripoli also conducted their first few weeks of pre-season without a coach or any new signings, as the board waited for a budget to be decided by club owner and former Prime Minister Najib Mikati. This led to Tripoli losing head coach Moussa Hojeij and leaving the team in the hands of temporary coach Fadi Ayad. Safa saw a change in management led by a new President, and lost three key players in Mohamad Jaafar, Jad Noureddine and Walid Ismail, replacing them exclusively with signings from relegated side Shabab al Arabi. Racing Beirut were another club which started their pre-season without a budget or a coach, after Roda Antar left, only to return at the end of the summer having missed most of pre-season. And finally, Nabi Chit changed their name to Bekaa Sports in a failed attempt to attract more investors, but following President Ahmad Moussawi’s resignation, there were no candidates to replace him, leading him to return with very little financial support and with Bekaa Sports having spent most of pre-season with a temporary coach in charge. Overall, only 5 out of the 12 teams kept the same coach from the previous season and most of the transfer business was done in the last few weeks of the transfer window, resulting in a season of low quality where most teams were inadequately prepared. This was evidenced by the absence of a title race, as Ahed cruised to a third successive league triumph without particularly impressing themselves, and the relegation battle, which included 8 out of the 12 league teams until the very last day.

The second major issue to hit lebanese football this season was the increasing tensions between clubs and the FA. These tensions were related to multiple aspects, one of them being the performances of referees. Indeed, clubs released official statements heavily criticizing referees and blaming them for results on a regular basis, especially in the first half of the season, beginning with Ansar after the first game. Nabil Bader-led Ansar were the leaders of this aggressive movement against the Federation, taking it all the way to a big demonstration in front of the FA’s headquarters and threatening to pull out of the league and keeping their players from playing for the National Team at the Asian Cup. Nejmeh also joined this protest against referees, and numerous club presidents were seen criticizing and attacking Lebanese referees and their influence on results in public interviews. Those tensions increased throughout the year and the end of the season saw the resignation of Semaan Douaihy, a member of the Executive Committee of the Lebanese Football Association who is close to Salam Zgharta, and the decision of Salam Zgharta and Racing Beirut to announce their withdrawal from all competitions managed by the FA starting from next season. Both clubs have called upon the full Executive Committee to resign, not long after Moussa Mekki, member of the Executive Committee close to Ahed, and Tamim Sleiman, president of Ahed, who both called for the resignation of the Executive Committee, as well as the President of the federation and the General Secretary. In fact, the Executive Committee went over a month without a meeting because of disputes between members, reportedly between the President and the General Secretary. It remains to be seen how these issues develop over the summer and the course of next season, but these increasing tensions have left a big dark cloud over the season.

Last, but certainly not least, there was the issue of match-fixing which returned to the spotlights of Lebanese football. It first emerged shortly after the restart of the season following the end of the winter break in the third tier of Lebanese football. However, despite proving the existence of match-fixing, the FA are yet to give any punishment to the parties involved after going back on their initial decision to cancel the results of the teams involved. This inaction caused great upset among supporters and media, and it all went downhill from there. Because not long after, Nejmeh President Asaad Saccal started investigations into match-fixing in his own club, investigations which were allegedly the reasons for the release of Mohamad Jaafar, although he denies any wrongdoing. And while Saccal claims that the results of his investigation found no match-fixing in Nejmeh, he extended his fight to the rest of the league, calling on the Lebanese FA to open their own investigation and to freeze this season’s league results. The FA took a very long time to begin working on that, but in the meantime the Lebanese Internal Security Forces decided to get involved and open their own legal proceedings. Since then, the FA completed their investigation and found there to be no match-fixing in the Lebanese Premier League, but that is unlikely to be the end of that story. Indeed, in addition to Asaad Saccal’s, there have been numerous accusations coming from others. Bekaa Sport’s President Ahmed Moussawi claimed some of his own players had been involved in match-fixing, and the club also sent a poorly written letter to FIFA in which they accused the FA of not acting on match-fixing. Salam Zgharta President Father Estephan Frangieh accused Lebanese international Walid Ismail of accepting bribes in exchange for losing games for Salam Zgharta. And there is a lot more, all leading to a very negative atmosphere surrounding Lebanese football this season, and this negativity does not seem to be disappearing, but quite the opposite actually.

There are some positives that Lebanese football fans can take from this season. First of all, the strength of Ahed is a big positive for Lebanese football, especially as they seem to be ready to make a serious challenge to win the AFC Cup and become the first Lebanese team to win a continental title. Victory would have a great impact for Lebanese football and could lead to some of Ahed’s players, a number of which play for the National Team, earn big moves abroad. Ansar’s beautiful brand of football under Jordanian coach Abdallah Abu Zama and their return to the Municipal Stadium has seen Ansar back at the top of Lebanese football after being far from the likes of Ahed, Nejmeh and even Safa in recent years. In addition to the Municipal Stadium being revived, the Fouad Chehab Stadium in Jounieh has returned as a host for Lebanese Premier League matches, with its new world-class artificial pitch being probably the best pitch in the country and encouraging some of the best football we have seen this season. And the last big positive is the emergence of some great young talent, with the likes of Hussein Monzer, Mohamad Kdouh and Khalil Khamis having become regulars in the starting eleven of defending champions Ahed and players like Karim Mekkaoui (Racing Beirut), Hadi Mortada (Tadamon Sour) and Mahmoud Kaawar (Nejmeh) having breakthrough seasons.

After the 2017/18 season, where things seemed to be on the up for Lebanese football, it feels like we have taken a massive step backwards, and it hurts that extra little bit that it happened in the year when we needed the domestic game to be at its strongest in order to give a good platform for the National Team to succeed. And unfortunately, it does not seem like we are about to see any drastic positive change anytime soon, and Lebanese football is sliding on the decline. But hope is not lost yet, and there are some positives which can provide excitement looking towards the new season, such as the long-awaited return of Al Burj and their brilliant fan base to the top flight.