Lebanon open up their qualifying campaign with a loss to Korea DPR. 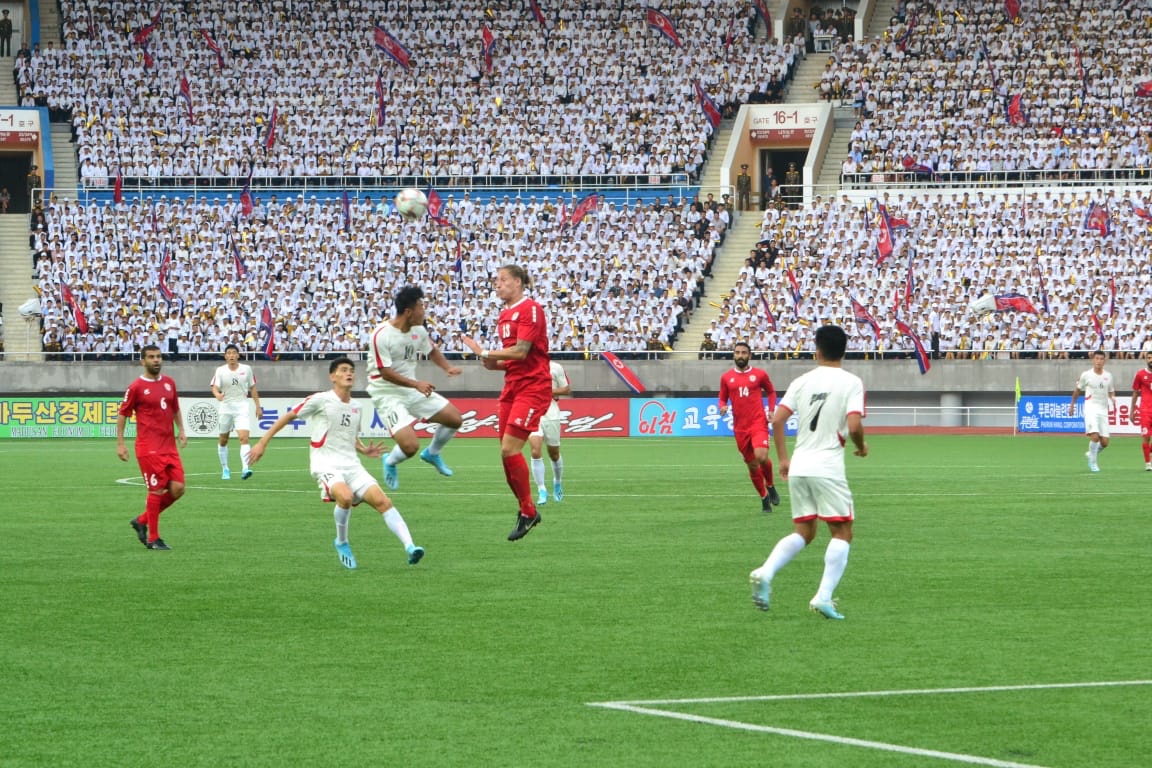 Lebanon opened up their FIFA World Cup Qatar 2022 and AFC Asian Cup China 2023 qualifying campaign with a 2-0 loss to Korea DPR in front of 40 thousand spectators in the capital city of Pyongyang.

Korea DPR was by far the better side for most of the game. They controlled the tempo of the game with their fast paced passing style, as well as controlling the midfield area which Lebanon struggled in. Korea DPR captain Jong ll-gwan provided Korea with the go ahead goal minute 7 due to a Lebanese defensive error. He then capitalized on another error caused by the defense to score the second goal in the 56th minute of the game. This lack luster display of defense has been haunting Lebanon since the West Asian Championship in Iraq.

Lebanon could not find an answer and capitalize despite a couple golden opportunities. Captain Hassan Maatouk could not find the back of the net in the 30th minute when he was 1 on 1 with the keeper. He also missed a penalty in the 72nd minute , which might have changed the outcome of the game as well as made him Lebanon’s all time top scorer with 21 international goals.

Lebanon will travel on Friday to Oman in order to play a friendly game in Muscat on September the 10th. Lebanon will be looking for a better display and result as it is their last preparation game before their crucial game against Turkmenistan in Beirut on October the 10th, and then they embark on a long journey to Colombo to face Sri Lanka on October the 15th.

Coach Liviu Ciobotariu during the post game press conference congratulated Korea DPR on their win and said “ They were the better team and they deserved to win today”. He also added “We missed a couple golden opportunities today that could have gotten us back in the game”, “We had a long journey to get here, and on top of that we were missing our number one goalkeeper Mahdi Khalil due to an injury he sustained 5 days prior to the game”. He added “ I am not trying to make excuses , and we need to get over this hump , move on and learn from our mistakes in our upcoming matches.