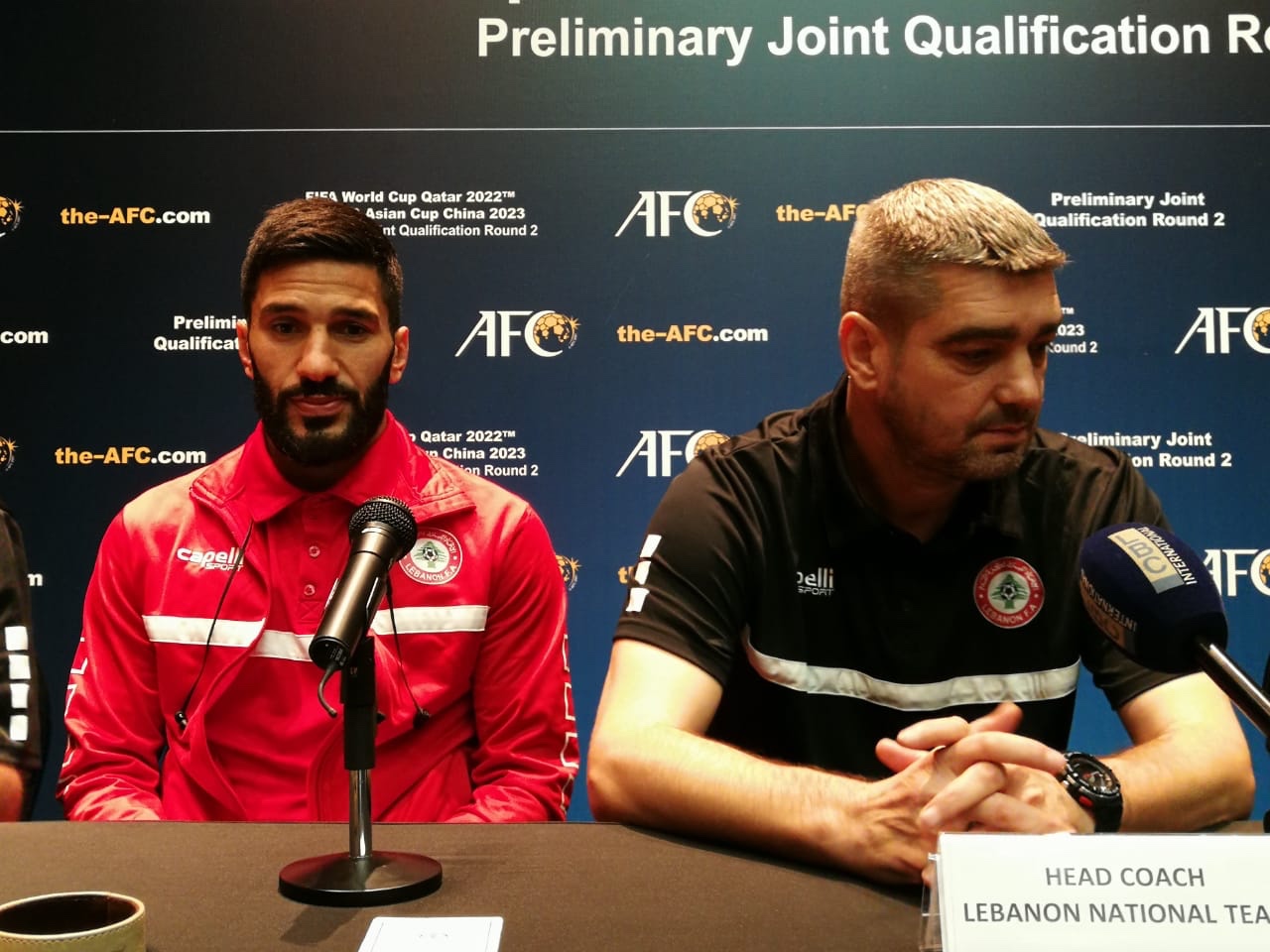 I am expecting a difficult game because Lebanon lost their first game and they need points, especially in Lebanon.

We have a plan to destabilize Lebanon.

Thank you for hospitality. Important game at home for lebanon

We are still unsure about 3 injuries including Murat Ýakşiýew.

⁃Camille Chamoun Stadium is special. Lebanon beat south korea there. 0 defeat since 2011. Do you think it can olay a role tomorrow?

I didn’t know your stats. I respect Lebanon. Lebanon have special players like Hilal El-Helwe and Hassan Maatouk. We must keep an eye on Maatouk.

I have full trust in my players. The 23 players are the best Lebanese players. I am waiting for a positive result. In the training, I felt a good energy, a winning spirit. We will need the full support of our fans!

The first game was a disappointment but it’s now behind us. We are looking forward. We play better at home in front of our fans. If we want to qualify to the third round, we must win the game against Turkmenistan.

It’s due to his current form. But we will need him in the future.

⁃Why Khalil Khalis wasn’t called up?

I called him up for the NT last month but he refused to come because of his university in the US.

Khalil is one of my favorite player but everyone must know that I want players who are ready to bleed for the Cedars.

I asked the federation to postpone the Lebanese league last weekend in order to avoid injuries but unfortunately it didn’t happen. Thank God only Yehya El-Hindi got injured and I called up Ahmad Jalloul to replace him. Jalloul deserves it. He has a good spirit.

⁃Why the goalkeeper Ahmad Taktouk was called-up?

He knows very well the national team and the players. I want to create some competition in the goalkeeping department.

Interview with coach Liviu Ciobotaru after the press conference:

⁃You adopted the pro active style in playing (open the field and build up from behind) worked in West Asia but didnt work against a team who stayed behind like North Korea (who capitilized from two counter attacks) do you still believe this is the right system to adopt or do you think you have to change because of the Lebanese players characteristics?

I have an offensive philosophy but of course we must find a balance. I don’t have too much time to prepare the team.

⁃Do you know Hussein El-Dor?

I knew about him two days ago. I will call him soon.

Interview with coach Hassan Maatouk after the press conference:

⁃Do you aim to become the best scorer of Lebanon?

It’s not my only aim. It’s not my most important aim. What matters it to help Lebanon to get the win.