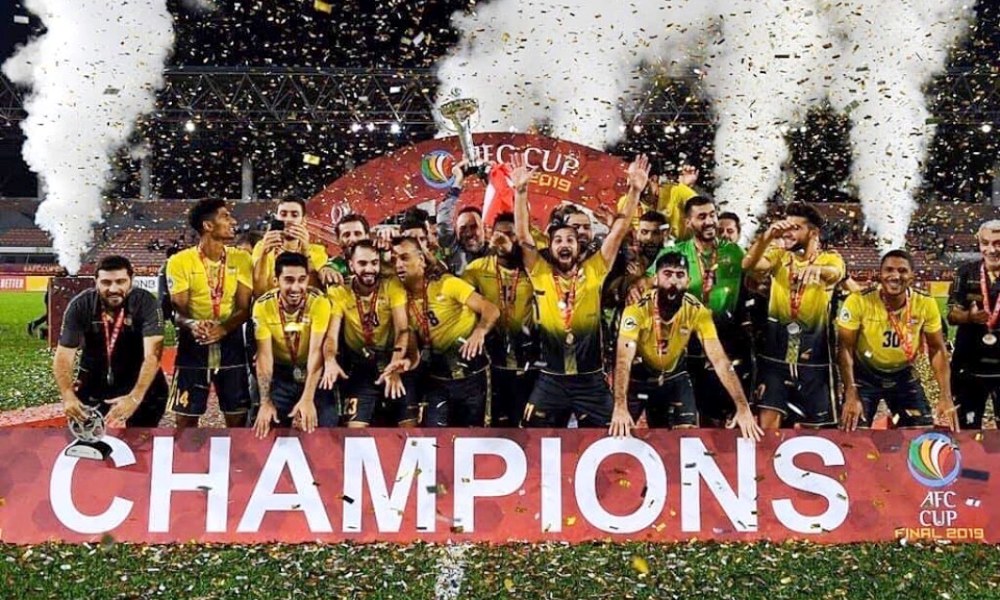 Third time is a charm! After two failed attempts at an AFC Cup final by Nejmeh (2005) and Safa (2008), Ahed made it to the final of the AFC Cup and brought it home making it the first ever continental title for a Lebanese team as a club or as a national team.

Ahed’s campaign was nothing short of fascinating. The Yellow Castle entered the competition being unbeaten domestically for almost 2 years. This run didn’t stop in the AFC Cup, as Ahed finished their campaign recording no losses in 11 games. Only Al Faisaly (2005) and Al Quwa el Jawiyeh (2018) has won it unbeaten too. This wasn’t just why Ahed’s title run was fascinating.

Ahed also conceded 3 goals during their campaign, 2 goals from Al Swaiq (4-2 win for Ahed) and from Al Malkiya (2-1 win for Ahed). This means that Ahed is the best defending team to ever win this tournament.

Not only Ahed is the champion with least goals conceded, but it’s the champion with the most clean-sheets with 9 clean sheets in 11 games. The Yellow Wall. In that display, Mahdi Khalil had a shot stopping percentage of 88%. No wonders he was selected as the MVP of the tournament.

In what concerns the offensive side, Ahed scored 3 goals in 5 knockout games. The least by any champion of the AFC Cup. Something didn’t seem to bother the team as it always seemed that Ahed just did their homework and nothing more and that’s the Lebanese Catenaccio.

It should be noted that Ahed’s manager, Bassem Marmar, is a Lebanese coach. When other clubs search for foreign coaches, Ahed kept faith in their coach. Going up through the ranks from the Youth teams to lead the first team to win the Lebanese League and now the AFC Cup, Ahed have found their very own Pep Guardiola but with the mindset of Helenio Herrera. This win is for Ahed and Lebanon as a whole, a win we must capitalize and build on it to upgrade the game in Lebanon. Maybe one day a Lebanese team can win the AFC Champions League