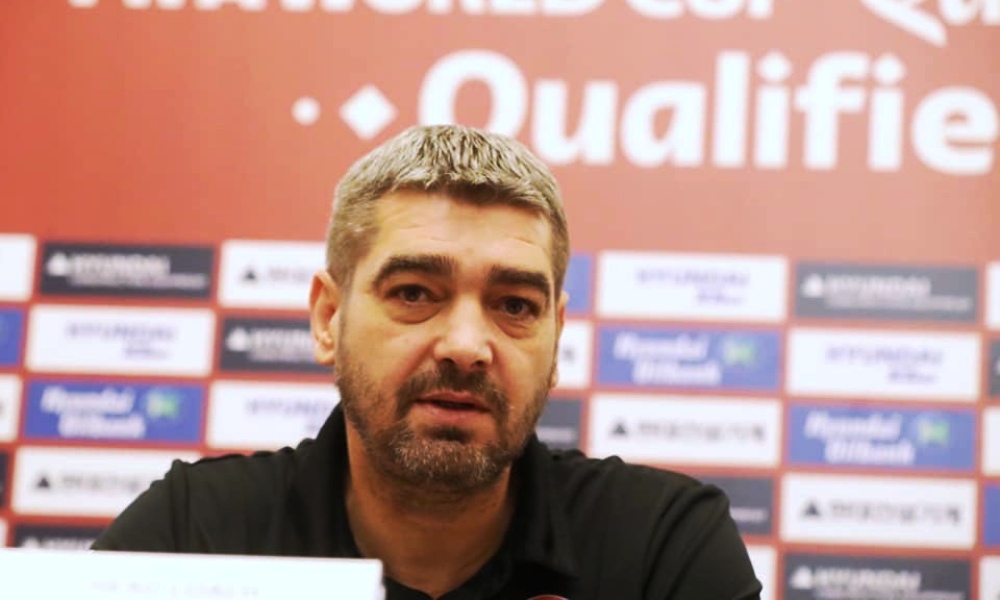 The press conference of North Korea coach and captain was really brief.

North Korea coach Yun Jong-su: “The game against Lebanon will be really important. Depending on the result, we will know or not if we can qualify to the next round”.

FaLebanon reporter Maroun Mahfoud asked Kim Bom Chol why North Korea don’t produce the same performance away as they usually do at home. Kim Bom Chom: “I don’t see any reason for that because at home we played as we want but away we can’t seem to do that”

Q / A with coach Liviu Ciobotariu:

⁃ Lebanon lost in North Korea in September. Tomorrow will be the revenge?

Tomorrow is a very important for many reasons. First of all, if we win we will top the table. North Korea are the only team who beat us. But it was a different context: we played in North Korea without Mahdi Khalil, the league had not yet started. It’s a very special game, we want to prove that we can beat them.

⁃ The XI who started against South Korea will start against North Korea?

We have bad news. Three players might not play against North Korea due to their level of fitness: Hilal El-Helwe, Bassel Jradi and Joan Oumari.

Not at all. My focus is only on the fitness level of my players in order to know who can play or not.

FaLebanon asked Hassan Maatouk what does it mean for him to be the top goalscorer of the Cedars. Lebanon’s captain: “It makes me happy but it’s not the most important thing. It’s an honor. My aim is to help the national team as much as I can.”