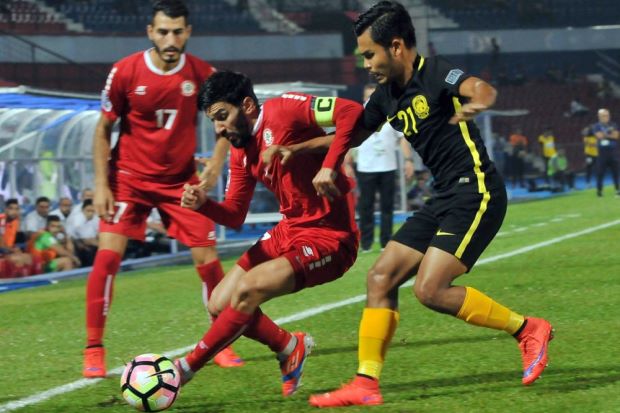 Malaysia opened the scoring two minutes before the break as Mahalli Jasuli capatalised on a mistake from the Lebanese defence.

Despite dominating, The Cedars failed to score against Malaysia goalkeeper Khairulazhan Mohd Khalid who produced a good performance.

Rabih Ataya’s substitution after the break turned out to be the turning point of the game. In 14 minutes, from the 79th till the 93rd, Zob Ahan’s player  was able to score two beautiful goals.

With the win, Lebanon climb to the top of Group A of the third round of Asian Cup qualification with 6 vital points ahead of Korea Dpr and Hong Kong both of whom have one point.

Lebanon play Korea DPR away on September 5 next, before hosting the Chollima on October 10.

Lebanon will be favourites to take one of the group’s two berths in the 2019 AFC Asian Cup which will be played in January 2019 in the United Arab Emirates.

The Cedars are currently at the 133rd spot in the FIFA World Ranking and are likely to climb 9 places when the next update comes.