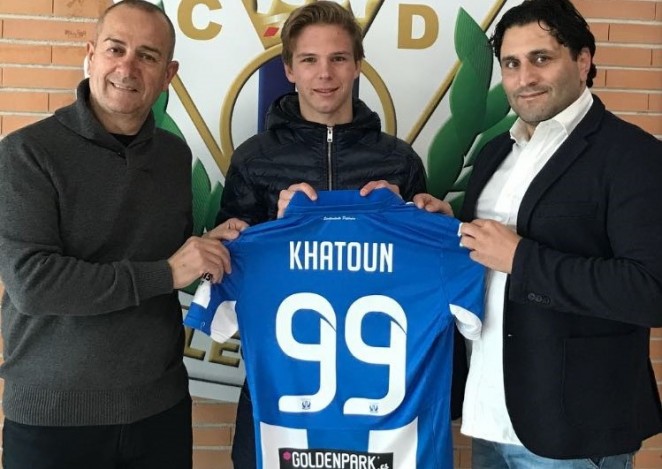 Ali Khatoun, American player with Lebanese roots, joins @LaLiga side @CDLeganes He will play with the reserve team pic.twitter.com/orMSj1v4QG

Following his displays for the reserve team, the 18-year-old Ali Khatoun was offered a professional contract with CD Leganes, La Liga club.

He accepted the offer and signed for the team and thus, he has been handed the number 99 shirt.

Ali Khatoun was born in Côte d’Ivoire on September 29th, 1998 to a Lebanese father and an American mother.He moved to Lebanon in 2011 where he played for Advanced Soccer Academy (ASA). http://www.choulla.com/allouch-cv.html

In June 2013, he was selected to represent Lebanon with the Youth National Team.
He then moved to the United States, and is linked with the U.S. Soccer Development Academy http://intr.ussoccerda.com/sam/teams/index.php?team=1400700&player=28776020.