Liviu Ciobotariu: We will finish second in the group 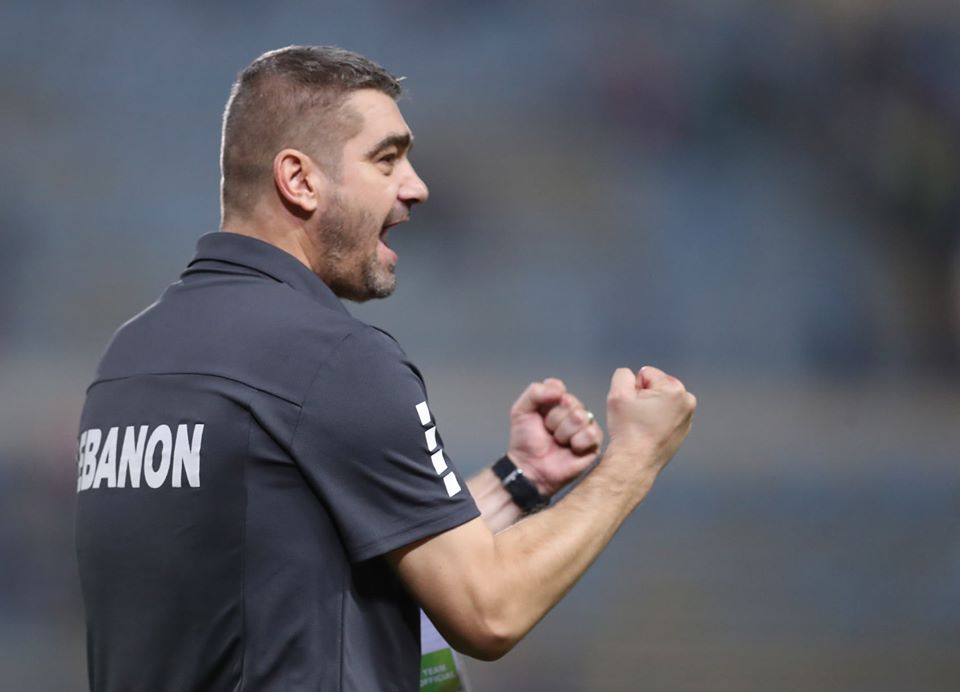 Having already represented his country in two international tournaments, Liviu Ciobotariu is looking forward to replicate this milestone again as the head coach of Lebanon, a country he proudly calls home.

The start of a new chapter

After the 2018-2019 season, Coach Liviu Ciobotariu decided to step down as FC Botosani manager. He was contacted by the Lebanese Football Association to become the head coach of the national team, a job he clearly cherished.

“When the Lebanese FA reached to me, I was ecstatic. Going into national management was a challenge, one I cherished because I wanted to prove that I could do it.”

“When I landed in Beirut, I was full of confidence and motivation. I had to start with this mentality because tough tasks were waiting for me.”

The Romanian coach elaborated on the difficulties he faced since the start of his tenure.

“The league was already over. I had to wait until the West Asian Football Federation (WAFF) Championship to see my players in action. This tournament helped me get to know more about my players.”

“When you’re a club manager, the job is relatively easier since you spend the whole week with your players, therefore getting more time in training and in preparing for your next game. When you’re the head coach of a national team, you only get 3 or 4 days to prepare for the game, hardening your task, a challenge I relish.”

The coach talked about the past experiences in his playing days, on both regional and international levels (participating at the 1998 World Cup and 2000 Euros), and how he can pass this baggage to his players.

“I was lucky enough to play on the big stages for both club and country. This will help me get the best out of my players.”

“I believe we can be runners-up of the group, get this second place and advance to the third round. It will be very hard to go to the World Cup in Qatar, but we will be satisfied by qualifying directly to the Asian Cup in 2023.”

“I loved Lebanon since the first day I landed in this country, I love Beirut and all its people. I personally consider myself as a Lebanese. When the national hymn is played, I stand with pride as if it’s the Romanian one.”

Scouting his own players

Liviu Ciobotariu continued to talk about his first days in the job.

“I was given a list of all the recently called up players. I looked up all of them, some of whom I met in my first training session in early July (2019).”

“First, I always look at how my players are performing here [in Lebanon] and abroad. Second, I always look out abroad, in decent leagues, for Lebanese players that can help us to thrive and elevate the overall level of the team. They, of course, must have a Lebanese passport.”

“Players abroad have better work ethics. For example, Bassel Jradi, Joan Oumari, and the Melki brothers [Alexander and Felix] play and train at a very high level. The main difference between playing here and in Europe is the working environment, a crucial factor in my opinion, that helps players fulfill their potential. In the Lebanese league, the top 3 clubs have very good coaches but they face many obstacles to achieve this feat.”

Coach Liviu Ciobotariu explained how the lack of the right mentality affects the potential of the Lebanese players.

“They [the Lebanese players] have got a lot of qualities, but they lack the right mentality. 60% of Lebanese players have what it takes to play in Europe but they don’t work and train hard enough to get the opportunity.”

“We have very good young players like Hussein Zein, Hussein Rizk, Hussein Monzer, Mohamad Kdouh, Khalil Khamis. These players will be the core of the next generation in the years to come.”

When asked about his opinion on Kdouh’s loan deal to Bangladesh, the Romanian explained that Mohamad rushed a bit to leave.

“He [Kdouh] is a player who has what it takes to play in Europe and in decent leagues. But as I see it, this experience in South Asia will help him develop; and I hope he can build on it and play his trade someday in Europe.”

“[Ahmad] Hijazi is very useful for counter-attacks, he’s fast and good technically but I am not sure he is better than Hilal El Helwe or Bassel Jradi in positional attacking. He deserves to be in the squad and I’m sure he will be back soon to help us reach our goals.”

“The main reasons I haven’t called-up [Mohamed Zein] Tahan and Hijazi in the last FIFA window was their lack of club training. During my first training session, I told my players that they have to be fully committed in their respective training sessions with their clubs and give their best on the pitch, in order to earn a place in the national team.”

His relationship with other coaches and his contract

“In Lebanon, there are many decent coaches. I have already spoken with Bassem Marmar (Al Ahed) and Nizar Mahrous (Al Ansar) but didn’t have the time to meet Nejmeh’s coach. From what I already saw – after only three match days in the league – I liked the work done by Sahel’s coach. However, I haven’t got the opportunity to have a good look at all of the coaches because the league has stopped due to political circumstances”.

“My contract will end in June 2020, I’ll get an automatic renewal if we finish second in the group. If not, the FA will decide whether or not I get to continue managing the national team. As I see it, it will depend on how the fans and media entities perceive our season […] as I care about how I’m looked at; I can’t stay if the Lebanese don’t want me here”.