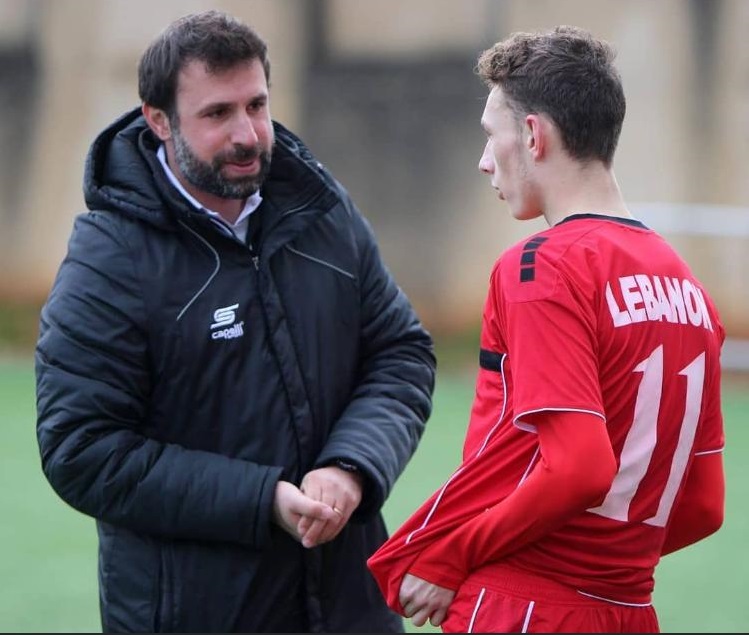 While there were a lot of encouraging signs during the preparatory stages leading up to the qualifiers, Abi-Elias and his staff came across numerous obstacles which ultimately affected their final performance. “Unlike other National Teams, we do not have a National Football Centre and we were limited in certain other resources as well.” Players’ commitment was also an issue, especially at that age, with the lack of professionalism in Lebanon leading many young footballers in the country to divert towards other careers once they get to their late teenage years.

Abi-Elias also lamented the behaviour of the clubs who made things more difficult for him and his staff. “Clubs can be more effective and help support the national team when we need players by making sure they are available and by prioritizing the national team instead of preventing [them] from training or playing with the national team”. Indeed, one of these clubs was Nejmeh, who despite winning last year’s u-19 league had no representative in the final squad for the qualifiers.

“[All of these issues] did hinder us but nevertheless we worked with what we had”. And after a draw against Syria, a narrow loss to hosts Tajikistan and a win against the Maldives, Lebanon finished in second place, leaving them with a chance at qualification for the final tournament as one of the best runners-up. “Overall I think it was a great success. Of course, Lebanon had high expectations: they want to qualify [and I myself] wanted to achieve that goal but (…) we were considered the third-best team in the group [according to the seeding] so the fact that we finished second certainly constitutes progress and will definitely improve our AFC ranking”.
“I’m extremely proud of the effort [the players] have put in; the discipline and the professionalism both on and off the field were outstanding”. Abi-Elias further emphasized on the disciplinary aspect, as Lebanon received only a single yellow card from three qualifying matches.

On a personal note, this was Roy Abi-Elias’s first venture into Asian football, and although he felt like the tight schedule of the AFC was an unnecessary inconvenience and made things more difficult for his side, he was pleasantly surprised with the quality on show. “I would certainly say that it’s a positive sign because the qualities and the strength of the opposition are not that dissimilar to what you would see in Europe”. Hosts Tajikistan, whose team contained several players from the u-17 team that were preparing for the World Cup the following month, impressed Abi-Elias particularly. ” The Tajikistan football federation has been working tirelessly for the last ten years to develop a new future and now you can see the product and the outcome of this in the next generation.”
“I [also] noticed when we were in Tajikstan that there are a lot of parks and kids playing everywhere for free, giving children the freedom and time and access to play as much as they want and hone in on their skills. This certainly helped boost the technical quality of the players over there”. Abi-Elias also took pleasure in seeing that they are building a new national stadium and have several football fields all next to each other, which will be used to form a national training centre.

Meanwhile, unfortunately, Lebanon still have a long way to go before it can think of competing at the top continental level. The first main concern which impacts Lebanon’s competitiveness at the international level is the lack of playing time that players get especially in the developmental phase. “Certainly clubs need to develop their youth programs [to a place] where kids are training at least four or five times a week instead of having them train once or twice a week and then stop training altogether when the championship finishes after three or four months and ask them to return only the following year”.

Clubs’ neglect of youth development has had a very serious consequence on Lebanese football. There’s an increasing gap between the grassroots game dominated by expensive pay-to-play academies and children from middle to upper-class families on the one hand, and the senior game characterized by low wages with a poor level of facilities and a lack of professionalism on the other. “There is a big gap between the expenses [families] are paying for [the best football development] and then finding themselves being offered the opportunity to play in the first division team locally but for the amount of 500 or 600 dollars a month (…): this is not a viable career”. Coach Abi-Elias explains that the best players from the academies “get lost in the system”, and the majority of the best talent in the country at ages 12 and 13 do not go on to play beyond their teenage years, therefore never playing for the senior national team.
However, it is not just the fault of the clubs. “We definitely need to increase the duration of the leagues, especially for older age categories. Currently, the leagues only last three to four months but that certainly needs to increase to at least nine months for the players to compete on a regular basis to hone in on their development”. “There should [also] be both an u21 league and even an u23 league”. Abi-Elias did acknowledge that logistical issues such as field and referee availability stand in the way of all these necessary reforms, proving once again how much needs to be done before Lebanon has a proper structure in place which allows for the development of football in the country.

The lack of financial resources is also an issue that directly affected Abi-Elias’s ability to prepare properly for the qualifications. “Most other national teams were traveling on a monthly basis to practice or compete (…) and this is something that I would certainly have added to our preparations had we had the opportunity or budget to do so”.
But the main issue is the mentality of the players in the country which has gotten too accustomed to being the underdog. “There is an inferiority culture in Lebanon and it’s not just in football; when they (the Lebanese) see people coming from outside to work here they expect them to be better”. This meant that one of Abi-Elias’s main challenges was to give his players the belief that they could achieve their targets. Playing in the ISF Championship against teams from all over the world and then going to Armenia helped show the players that they could compete at that level and this is something that is changing for the better in the country according to Abi-Elias.

“Academies are traveling frequently abroad to play in international tournaments so the future generations are competing against top European or international teams and they learn very quickly what the level is expected of them and understand that they can compete. They are actually achieving great results at the youth level abroad so I think the next generation (…) will certainly be filled with more confidence and feel that they can compete at the international level”.