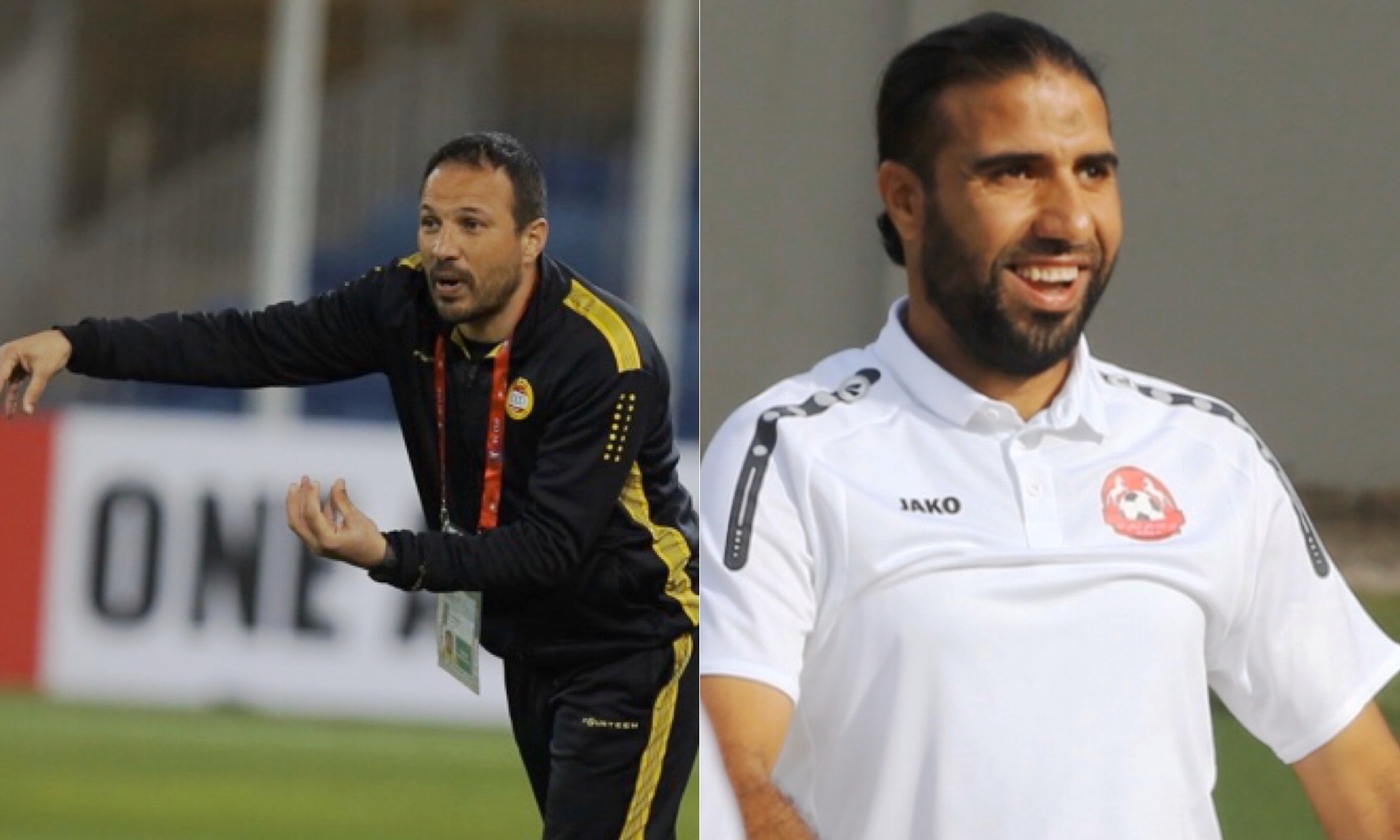 On Monday, the 2020 AFC Cup kicks off for the clubs representing Lebanon this year. Ahed – who qualify as league winners – and Ansar – who qualify as league runners up having lost to Ahed in the FA Cup final – will be facing tough challenges ahead of this year’s competition because of the country’s dire economic and political situation and both head coaches, Bassem Marmar (Ahed) and Abdel-Wahab Abu Al-Hail (Ansar), will see their credentials seriously tested as they bid to lead their teams to success.

Back in early November, Bassem Marmar was on top of the world having led his beloved Ahed to the AFC Cup title – a first for a Lebanese team – and back then there was a hope that this achievement would provide a big boost to Lebanese football. However, the situation in Lebanon has hit a remarkable low-point,  heavily affecting football in the country.

The dire economic situation coupled with the civil unrest led the Federation to cancel all their competitions for the season, meaning that Ahed and Ansar will arrive on Monday having not played a competitive game since early October.

Without the league, Marmar and Abu Al-Hail will need to work hard to keep their players motivated and maintain the required fitness levels despite the absence of regular competitive action. The big gaps between matches will also make it difficult for either of these teams to build momentum; keeping the intensity in training at a high level will be a challenge of its own. Additionally, as a result of this decision, numerous players – especially from Ahed – have left the country in search of competitive football and regular playing time, leaving the squads of these two teams depleted and much-changed.

Mahdi Khalil (2019 AFC Cup player of the tournament), Issah Yakubu (the scorer of the winning goal in last year’s final) and Mohamad Kdouh (Ahed’s top scorer in the competition) have all left on temporary deals. Rabih Ataya also left for UiTM F.C. in the Malaysian Super League on a loan deal, while Ahmad Al Saleh and Ahmad Akaichi left permanently for clubs in the Gulf. All these departures have left Bassem Marmar with an unfamiliar squad and with the challenge of having to put together a new team for this year’s campaign. After all, Ahed had been planning for years with continental success their ultimate target. As a result, one of their main strengths was the consistency and stability of the team which had been together for several years. Bassem Marmar built his success on this solid core of experienced winners but with six key players having left the club, he faces a completely new challenge.

Marmar has always been praised for his ability to blend youth and experience as well as for his success in bringing up players from the Ahed academy. After all, as the former head of youth development at the club, he is uniquely placed regarding his knowledge of the players coming through and until now he continues to follow closely the progress of the youth teams. The difference between then and now is that he always introduced these young players into the first-team at a slow and steady pace, and had the experienced first-teamers to help the younger players coming through the ranks. This year, it will not be the case as he will be forced to rely on young inexperienced players who haven’t played at this level yet, without the help of his serial winners.

Just by looking at the squad he announced for the AFC Cup, there are eight players who were part of Ahed’s U19 team that recently won the league, with only Hassan Srour and Mohamad Masri of these eight having been part of the first team during last year’s triumph.

In addition, Ahed filled the gap left by Akaichi and Kdouh in the attacking department with 22-year-old Karim Darwich on loan from Akhaa Ahli Aley, and they replaced the outgoing Mahdi Khalil with 23-year-old goalkeeper Ali Daher by cutting short his loan at Shabab Sahel. In fact, the average age of Ahed’s squad is 23.3, with 15 out of 27 players aged 23 or under, and only 7 players aged 30 or over. This clearly represents the biggest test of Bassem Marmar’s career and while it is definitely exciting for all these young prospects to be getting an opportunity to showcase their talents on a big stage, it will be interesting to see whether Marmar is able to assemble a team capable of doing well in this year’s competition. He may be the best coach in Lebanon but this campaign will give us better insight on his capabilities as a coach and could very well be an audition for him in order for him to get a bigger job abroad or maybe even take charge of the national team.

On the other hand, Abdel-Wahab Abu Al-Hail is a new appointment at Ansar after the Syrian Nizar Mahrous resigned following the Federation’s decision to cancel the league. Abu Al-Hail had built a steady reputation for himself in Lebanon during an impressive two-and-a-half-year stint at Akhaa Ahli Aley, Lebanon’s serial overachievers. This small club had progressively become one of the best teams in the country under the Iraqi coach, finishing in the top 6 two years in a row, reaching two successive FA Cup semi-finals and reaching the Elite Cup final back in 2018, only to lose it 1-0 against Nejmeh.

While in charge of Akhaa, Abu Al-Hail had built his success on a stable squad made up mainly of humble hard-working players. Strong home form and solidity at the back were key characteristics of his team; he also showed very good flexibility and tactical nous, switching between systems and fielding players in various positions. One of his biggest success stories while head coach of Akhaa must surely be the development of striker Ahmad Hijazi, who was initially brought on a two-year loan from Ahed. Not only has Hijazi emerged to become the joint-top Lebanese goalscorer in the league over the past two seasons with 20 goals – along Hassan Maatouk and Hassan Chaito Moni – but thanks to his performances he is now considered the best Lebanese striker in the domestic league.

It will be interesting to see whether the combination of Abu Al-Hail and Hijazi will be as fruitful at Ansar, with Hijazi being one of many signings made this season by President Nabil Bader, who has spent big money with the aim of bringing home a trophy. Indeed, the pressure is on at what is the most successful club in Lebanese football history because the only trophy Ansar has lifted in the last eight years is the FA Cup in 2017. This makes this job for Abu Al-Hail completely different from the comfort and family-like feel he had at Akhaa, where a top 6 finish was considered a success.

At Ansar, Abu Al-Hail will be faced with a demanding fanbase and a president who has spent a lot of money in the aim of winning immediately and who has also proved more than ready to fire coaches who have not reached his targets, having gone through 5 different coaches while Abu Al-Hail was at Akhaa. The Iraqi coach will also be tasked with assembling a balanced team, resolving the defensive issues that Ansar have suffered from in recent years, and will need to convince the big players at Ansar to buy into his demanding tactics. He will have to manage a very large group of players full of egos as a result of Nabil Bader’s policy of stacking players while ensuring he keeps everyone happy, a tough mission considering the absence of a league competition. Finally, he will need to find a way to get these players over their serial underachievement and inability to deal with high-pressure situations, as proved last year after three successive cup final losses in the space of four months.

Last year’s AFC Cup triumph was supposed to give Lebanese football an important boost, but the difficult circumstances in the country are leaving both clubs supposed to follow this success with an endless list of obstacles, and the responsibility to find a way to overcome them will fall almost exclusively on the respective head coaches’ shoulders. Bassem Marmar and Abdel-Wahab Abu Al-Hail have been two of the best coaches to grace the Lebanese game in recent years but it seems that by the end of this AFC Cup campaign, we will have a much clearer image when it comes to these two coaches’ abilities. Surely, if either of them succeeds in these extraordinary circumstances, it will go a long way to eliminating the doubts surrounding their suitability for bigger jobs at a higher level. While they have done really well in recent seasons, this success was achieved in very specific conditions and the challenges facing these coaches this year will be very revealing with regards to their overall coaching capacity. Can Marmar get the best out of these young talents and build a new team capable of filling the boots of the most successful players in the club’s history? Can Abu Al-Hail manage all the egos at Ansar and thrive in a situation where he is no longer the underdog? These are important questions that only time can answer, but by the end of this AFC Cup journey, we will know more with regards to where these coaches can go next.