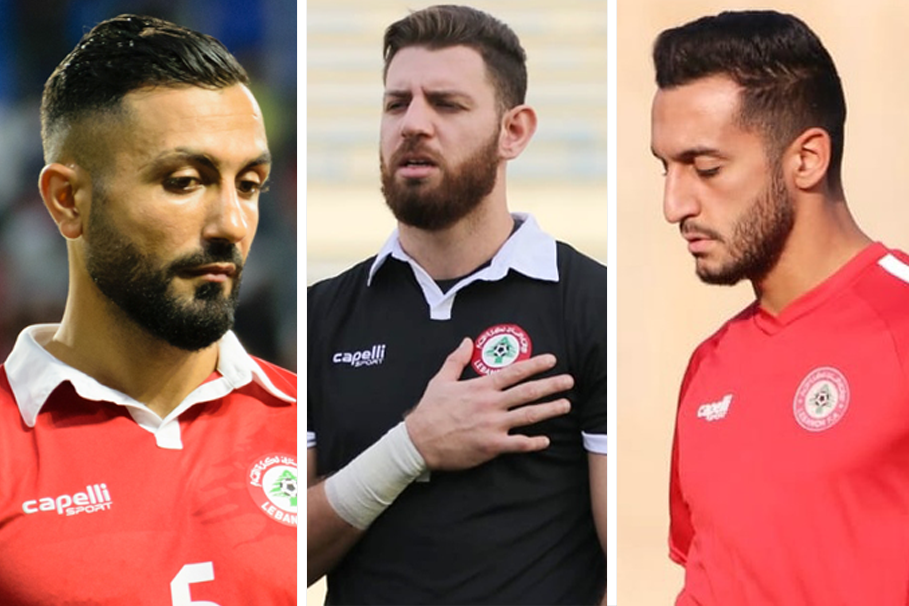 This winter transfer window has been very eventful in Lebanese football, with many local players opting to ply their trade abroad with the suspension of the Lebanese Premier League. We’ll take a look at these transfers, and analyze the impact on both the player and his role in the national team.

Following his success in the 2019 AFC Cup with Ahed, not only did Khalil help his side become the first Lebanese team to lift the trophy, but he was also named MVP of the tournament having conceded only 3 goals in 11 matches, keeping 9 clean sheets in the process.

It’s no surprise, then, that his performances caught the eye of the Iranian side Zob Ahan, a club in the (professional) Persian Gulf Pro League. If the team already sounds familiar, it’s because three Lebanese players had already played there: Walid Ismail, Rabih Ataya and Ali Hamam. It is indeed the latter’s agent who sent Khalil’s CV to Zob Ahan’s president.

On 7 January, Khalil officially joined the Iranian club on a six-month loan from Ahed and was reunited with former Lebanon NT coach Miodrag Radulovic. Khalil has already started in all three league games to date, keeping two clean sheets and featuring in the Team of the Week in these two matchdays. At 28-years of age, Khalil’s position as the national team’s #1 should be safe for years to come.

Oumari knows a thing or two about Japan’s J1 League, as he already played for Sagan Tosu in 2018, and Vissel Kobe in 2019. His transfer to FC Tokyo is certainly an important step in his career.

Finishing as runners-up in the 2019 J1 League, FC Tokyo are competing in this year’s AFC Champions League. Looking to improve their solid defense, the Japanese team signed 31-year old Oumari on 10 January on a permanent deal. This transfer will only further cement the Berlin-born defender’s place in the Lebanese NT defensive line.

Ahed’s defensive staple in their 2019 AFC Cup victory, Khamis joined the Beirut side in 2013, quickly making himself an important member of the team.

On 13 February, Malaysian side Pahang, who finished 2nd in the previous year’s Malaysia Super League, signed the 25-year-old defender from Zahle on a season-long loan from Ahed. Playing in a professional league will definitely be very useful for Khamis in order to be in contention for a place in the national team’s defensive line.

Ataya, who already played in Iran’s Zob Ahan, was also subject to interest from Malaysia.

UiTM FC, under the jurisdiction of Universiti Teknologi MARA, a Malaysian public university, gained promotion for the first time to the Malaysian Super League in 2020. The 30-year-old versatile forward from Tyre will be looking to show coach Liviu Ciobotariu his usefulness for the national team, and gain experience abroad.

Prior to this move, the 29-year old former Ahed midfielder from Sofia had already played in a professional league, in his native Bulgaria. However, Ayass’ transfer to Indonesian Liga 1 club Persiraja, who gained promotion from the Liga 2 through play-offs, will be his first experience outside of his home countries (Bulgaria and Lebanon).

While initially an important member of the national team, playing in all six 2017 games, Ayass’ role in the LNT diminished with time. A transfer to a professional league abroad could be exactly what the ex-Ahed player needs to re-establish himself back in the Cedars squad.

Although uncapped for the senior national team, the 26-year old centre-back already has professional football experience under his belt. While initially starting his playing days at Shabab Sahel, El Dor moved to the Maldives, before playing in India (Churchill Brothers) and Malaysia (Perak FA).

On 10 January, El Dor moved on a permanent basis to Indonesian side PSM Makassar. Having won the 2018-19 Piala Indonesia, the country’s domestic cup competition, PSM Makassar qualified for the 2020 AFC Cup. 2020 could be a crucial year in El Dor’s career, with good performances in both the league and the AFC Cup potentially earning him a call-up to the national team.

Kicking-off his senior career at Nejmeh in 2011, El Zein has stayed there ever since, playing over 100 league matches and winning multiple trophies in the process. While initially a full-back, El Zein developed into a centre-back later in his career.

Iraqi Premier League side Al-Minaa, coached by former Safa and Nejmeh manager Valeriu Tita, signed Kassem on 28 January on a three-month loan. With the LNT defensive position being overloaded with good players, El Zein’s move to Iraq could prove decisive in convincing coach Liviu Ciobotariu to make the 29-year old defender from Maarakeh a permanent staple in the national team.

Coming through the youth academy, Kdouh made his senior debut for Ahed in 2014. He was an important part of Ahed’s 2019 AFC Cup win, scoring five goals and assisting another two in the first half of the competition.

In September 2019, he earned a move to Bangladesh champions Bashundhara Kings on loan from Ahed, where he scored five goals in seven appearances in cup competitions. However, his loan deal was cut short, before even debuting in the league, and he was sent on another loan on 27 January to Al Jandal in the Saudi Second Division (level 3 of the Saudi football pyramid).

After making his debut for the national team at the 2019 WAFF Championship in Iraq, scoring his first goal against Yemen, 22-year old Kdouh has yet to fully establish himself as an important part of the national team. This transfer could be exactly what he needs to showcase his abilities to coach Liviu.

While not a recognizable name to most Lebanese football enthusiasts, 25-year old Majed Osman, who was born in London, played for various senior and youth clubs in both his native England and the United States.

In 2019 he joined Safa, but the league suspension meant that Osman didn’t get the playing time he expected. A move to Jordanian Pro League club Al-Ramtha could be the breaking point in the player’s career.

Another player to depart from Safa, 20-year old Ghamloush was part of Kuwaiti club Qadsia’s youth team before joining Safa in 2018.

The young midfielder will look to gain vital experience in Bahrain at Al Shabab, with the prospect of representing the Cedars in the near future.