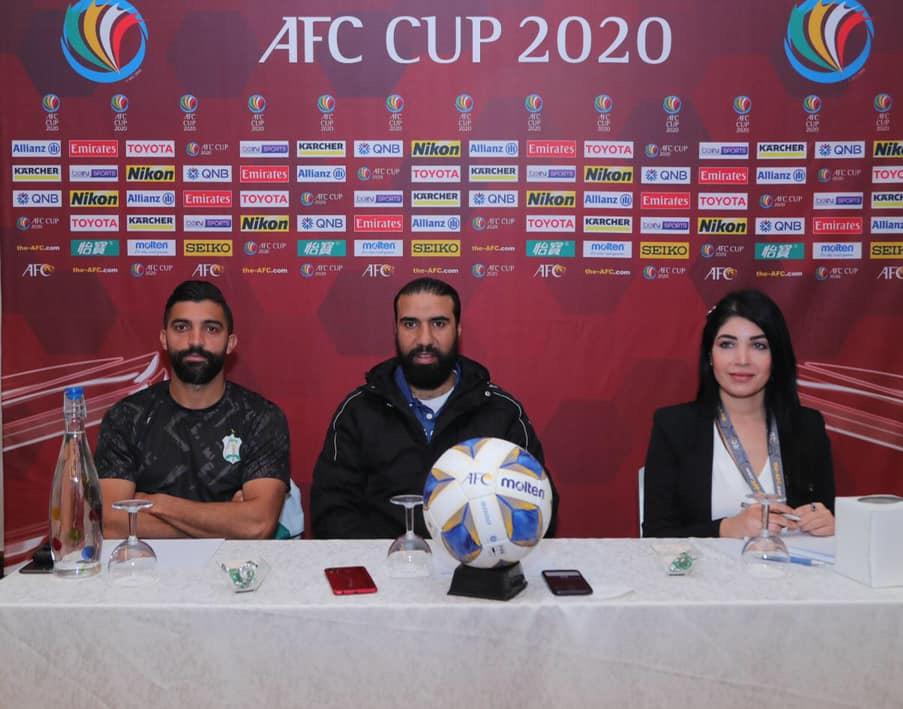 Following Ansar’s 4-3 victory over Jordanian side Faisaly in the 2020 AFC Cup group stage matchday 2, Ansar coach Abdul-Wahab Abu Al-Hail spoke about the match in an interview.

How did you find the match?

Congratulations to Ansar, the match was very difficult. What made it difficult was our style of play. I want to thank the team, they competed in a very tiring and difficult match.

Do you think your first substitution [Hijazi for Nassar] was a mistake?

We already knew the match’s scenario a week prior, and we worked a lot in particular on the style of play after Nassar’s substitution. It must, however, be said that Faisaly’s two goals [3-2 and 3-3] were amazing goals: they don’t have to do with the team’s tactics. The changes we made weren’t out of the blue, they were premeditated days prior to this encounter. Importantly, we got the 3 points which is all that matters. In our first group stage game, against Kuwait SC, we played better but lost. Today, we both played well and won.

Why did you substitute Maatouk?

I repeat, we were working on the style of play. In our style of play, Nassar wasn’t benefiting Maatouk enough, and what we worked on in training wasn’t fully being applied in the match. Again, the most important thing is that we got the 3 points. I want to specify that Maatouk wasn’t in the wrong here: on the contrary, he wanted to help the team as much as possible to win.

After this victory over Faisaly, how do you rate your chances in Asia?

Our objective was always to be between the top 4 teams in the competition. After the first match against Kuwait, where we lost but played well, and this match, which we won, we are working in the right direction.

What would you like to ask the Lebanese Federation?

[The league’s suspension] is a problem, as without the league it’s impossible to expect us to perform in Asia. Playing 2 matches a month isn’t enough for the players’ fitness. This is a problem not only for us but for Ahed as well. We plead the Federation to reinstate a competition, be it the league, or the cup. We can’t continue in the AFC Cup without being able to play the league. There is no team in the world that did what our team did today, without having the league, or the cup.