The real 12th man – How the Coronavirus is affecting football 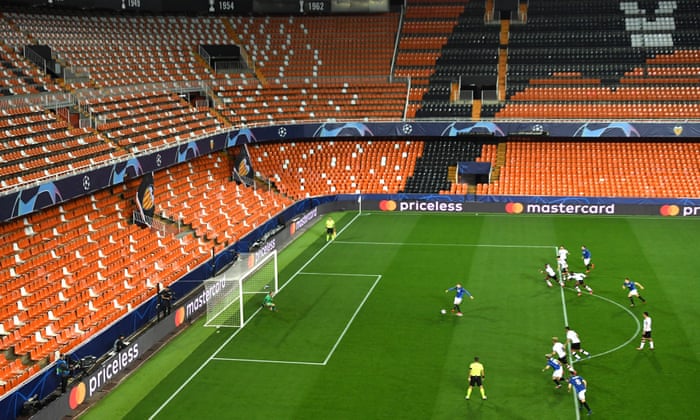 The Coronavirus COVID-19 has taken the world by storm, literally. What started as a mere local virus has become a worldwide epidemic that has almost everyone worried about.

Naturally, football associations, among others, have taken the necessary procedures to help protect the health of both the customer and the product. Like everything that ever existed, these procedures have pros and cons, so let’s see how these changes are going to affect Lebanese football.

A worrying con for the Lebanese clubs is the financial one. Business is amoral, it’s about making money, and that’s exactly what the clubs won’t be doing anytime soon. No games are being played, hence the clubs won’t be able to receive TV money, nor ticket-sale revenue, which you’d assume are their two main sources of income. Thus, you’d think that clubs are to worry about being able to afford paying their players’ salaries… However, we are in Lebanon: there are no labor rights when it comes to Lebanese football since the clubs and the Football Association are basically the same people so it’s elementary that they want to benefit from the players financially. As an effect, players whose team trainings are suspended could/would end-up not getting paid (whether a partial or a full wage cut). This potential scenario would lead to a massive PR hit against the Lebanese FA.

A sporting-side con of the coronavirus outbreak would be its effect on both the current and next year’s domestic seasons. The current season was supposed to end early may. However, due to both the coronavirus and the decision by the federation to stop the league in early October, the league’s schedule could be revamped.

Another sports-related setback is one that concerns the national team. With the World Cup qualifier against Turkmenistan already postponed, and all domestic leagues being on hold, both local and international football associations are going to have trouble deciding what to do about the current domestic season. In Italy, for example, they have until March 23 to decide the future of the season, which is either assigning the final league places according to the current league table, a playoff-style tournament between the current top 4 for the league title and between the current bottom 4 for relegation, or just scrapping the entire season as is, so it will definitely be interesting to see whether a plan will be in place over here.

As for the pros, the most obvious and important one is that stopping football-related activities, albeit temporary so far, is the most effective precautionary measure that football can help with. It is well proven that limiting public gatherings, especially in stadiums, limits the viral spread, so this is definitely a correct decision. The Lebanese FA is emphasizing on the importance of fans taking care of themselves and staying at home, which may motivate some of them to actually do so.

The other people to also benefit are the players, who also get to take care of themselves during the viral storm by limiting their respective physical contact with their surroundings.

Moreover, on the financial side of things, by protecting its players, the FA are protecting their reputation, as a sick player would do them absolutely no favors.

Even though the number of given cons outweigh the pros, the health of both fans and players is of utmost importance, so let’s just make sure that we stay healthy and hope that the federation will make the right decisions. So what are some possible suggestions that you’d give for the FA that could help dealing with what’s going on?