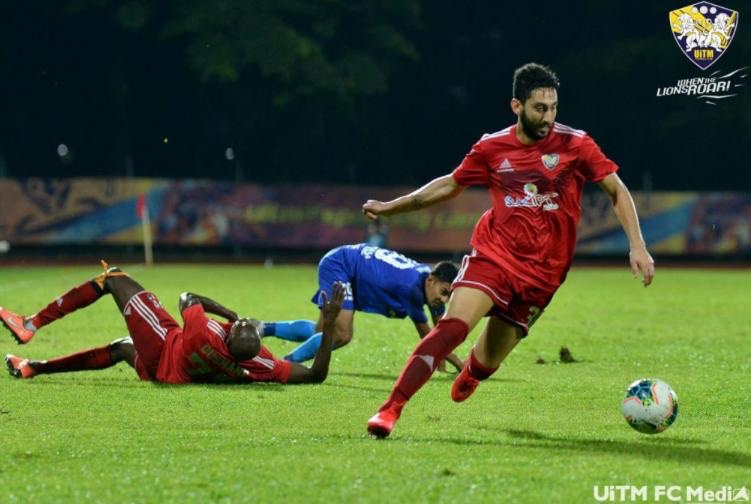 Many people around the world are experiencing a new form of social life: the one without football.

The English, Italian, German, Spanish and French leagues are now postponed until late March/ early April at the earliest, along with other leagues like the Croatian, Iranian, Polish and Japanese.

But the game didn’t stop in some countries!

On Monday, Hassan Mhanna and his team FC Sevan won 3-1 against Urartu where Mhanna contributed to the first goal. Soon after, the Armenian First League suspended on Friday all competitions until March 23.

Samir Ayass is now a first XI player with Persiraja, after his stellar performance against Madura United (0-0) on Monday. Five days later, Ayass played a key role in keeping the score 1-0 for his team against Persik Kediri.

Felix Michel Melki played the last ten minutes of the Swedish Svenska Cup Group Stage game against Kalmar FF. AIK won 3-1 and qualified to the quarter-final. But the clash with Malmo on Sunday was postponed.

In England, the National League wasn’t suspended. Omar Bugiel was a starter with Sutton United against Hartlepool United. The match ended with both teams sharing a point each (1-1).

Khalil Khamis is finally adapting to the Malaysia Super League. He’s playing a key role in defense as he contributed to the last two clean sheets of this team. On Saturday, Pahang FA won 1-0 against Melaka United.

For math lovers (if any), Hussein Eldor’s performances rank on an upward slope. On Monday, his performance against Kaya-Iloilo (1-1) in the AFC was really good as he was named among the five best players of the ASIAN zone in the MatchDay 3 of the AFC Cup by the well-known FOX Sports website: “Hussein El Dor was arguably their most impressive player as he held the defence together and stood firm and restricted Kaya to just four shots on target even though they enjoyed a staggering 65.2 per cent possession.”

On Saturday, Mohamad Kdouh provided two assist in the win of Jandal against Instisar (3-1) in the Saudi Arabia Division 2.

Game after game, Rabih Ataya is showing that he didn’t lose his talent and determination. On Wednesday, he created many opportunities against Kedah (1-1). While on Sunday, against PDRM FA (3-1), Ataya scored his first goal in the Malaysia Super League and provided his first assist. UiTM got a penalty after a foul on who? Rabih Ataya!