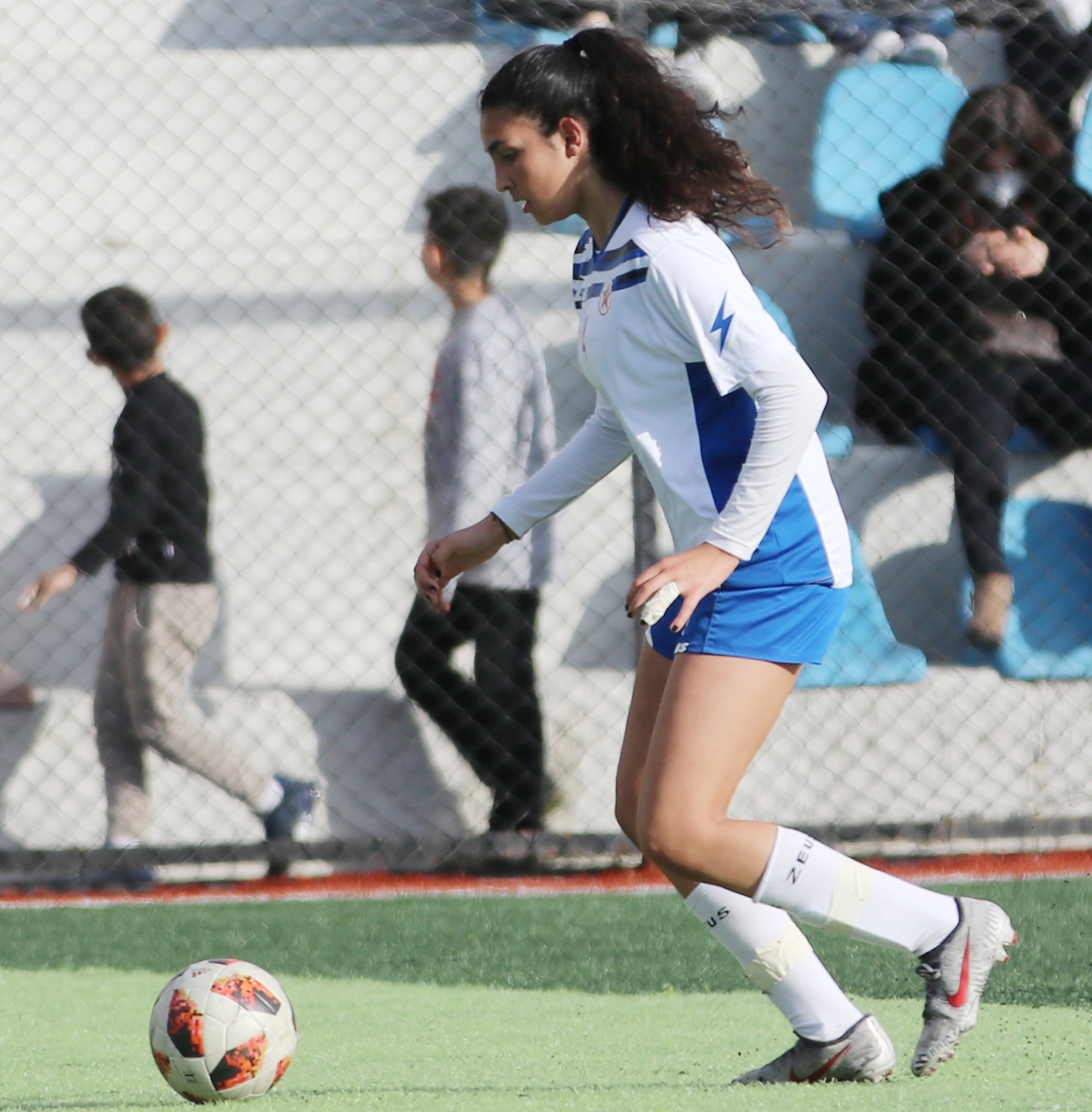 To watch the interview:

Q: How are you training at home?

A: Rana el Mokdad (football player and personal trainer) is sending me some training-techniques to do, and we have a specific program we follow. We are training every day, once or twice a day, and I’m trying my best not to lose my fitness and strength I’ve built up this season so that when the quarantine ends and the season comes back, I’ll be fully available.

Q: With which team were you more comfortable, SAS or Akhaa?

A: They’re quite different. In Akahaa, we would build ourselves up, (it) was a new experience, the start of my career and I was just getting called up for the national team. Our goals were the Under-19 and Under-17 leagues. As for SAS, it was completely different. The team had the best players in Lebanon, there was so much pressure because you were competing as it is a champion team and should always stay like that. SAS was like a new challenge, I won U-17 and U-19 leagues with Akhaa, so I needed a new challenge. With SAS, I played in an Asian competition. They’re all my friends though, so it’s different on the field but similar off of it.

Q: What is your best game with SAS?

A: The best match I had with SAS was against Abou Dhabi Football Club in the West Asia competition, not only was it my favorite game that season, but also my favorite ever. We were losing 1-0 but ended up winning 2-1. It had a different flavor, I was playing against a striker who played in the World Cup, and she wasn’t able to score against me, so it was a proud moment for me on a personal level.

Q: What does it take to become the captain of the national team?

A: It’s the coach’s decision. In the last competition, we had a different captain each game. In the end, it is how much you can give to the team and how you can be a leader, that’s how you show you’re a worthy captain.

Q: What is your best moment in your career?

A: Not many important stuff happened in my career so far, I’m still 16 after all, and my career has just begun. Probably the best thing was winning the West Asia competition, it was the first Under-18 cup won by Lebanon. I was the captain in the last game, and we won the cup. Also, when we won the cup with SAS, it was different than other competitions and we managed to win it.

Q: What is your opinion on women’s football in Lebanon?

A: Women’s football here has developed so much. I’ve been only playing for 4 years and the change has been evident. Whether from the media attention, you guys [FA Lebanon], the federation, and especially when we won the competition, when the U-15 won theirs, the media put us in the spotlight. That gave the women’s football league a huge push. Another piece of evidence is that there are a lot of teams in the league, and it’s my first year with the seniors and I’ve never seen so much competition, the last game was like a final and the teams had a very similar amount of points. Also, when WAA was created, it motivated the teams to win the league so that they can represent Lebanon over there, which is a good thing.

A: When we have a competition outside Lebanon, they watch it, mom watches all my games, and so do my siblings. When I have games in Lebanon, in the league, my siblings can’t really watch every game as they live outside of Lebanon. My parents don’t watch live from the stadium too, but they always ask me about the scores and what’s happening and stuff like that. Generally, my siblings watch whenever they can.

Q: What do you think you should work on to improve yourself?

A: I need more experience, I need to work on my fitness, I always seek the perfect version myself, so always pushing myself to the next level with respect to my technique, and maybe when you reach a level where you think you’re the best. For example, when we went to Vietnam for a U-19 competition, you watch how they play, you think they’re boys and start wondering what’s different between you and them. Apparently, their up-coming and culture was different, in terms of football. We never heard of the gym when we were kids, we used to eat a lot on the weekdays and then play a league-game on Sunday. When I saw how the rest of the world was so ahead of us, I realized there isn’t one thing we should work on, as we should work on everything to become a better footballer. If you see how they were able to shoot from midfield, their speed was something else, their physiques, if you collide with one of them, they break you, I need a lot of work.

Q: Who are your favorite players from the men’s national team?