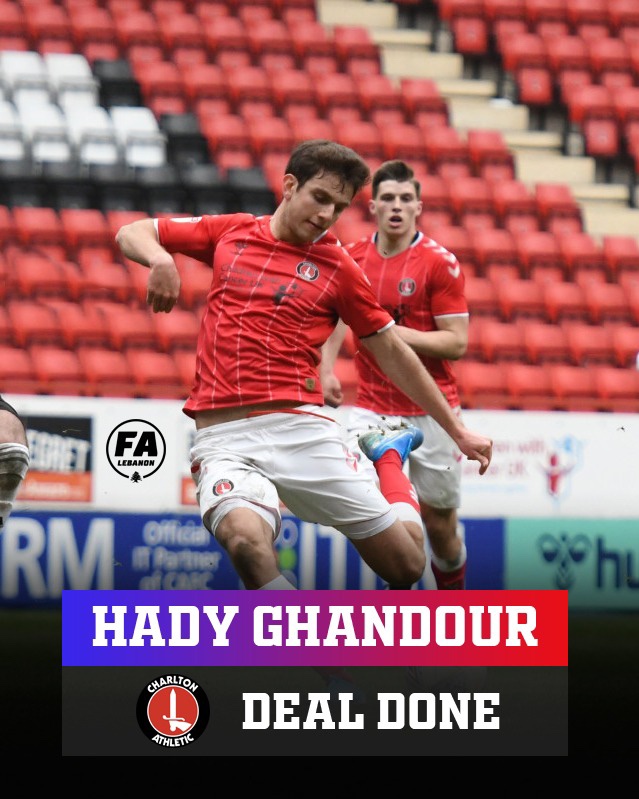 Just some moments ago, Charlton Athletic Club has announced the signing of Hady Ghandour to their under 23 team.

This isn’t the first experience for Hady in England. He was a player at Tooting & Mitcham United, a club that participates in the BetVictor Isthmian League (7th division in England). His last season with the club has been cut short due to the pandemic but he was captivating, nevertheless. He caught the eyes of many club when he scored a super hat trick in the away game against Chertsey Town (Yes, he could do it in a cold night at Chertsey) and got an invitation for a try-out with Charlton Athletic.

The try-out lasted for 8 weeks. He was training and participating in friendlies with the team. Eventually, the managerial team decided to offer a one-year contract for the 20-year-old forward. This contract has an option to extend for another year and it grants him to train with the senior team, all based on how he performs on the pitch.

No Lebanese player has yet to sign with a senior side playing in a division higher than the 4th division. This signing could be huge for Hady and Lebanon. Hopefully he makes the best of it and we see him play in the Premier League.