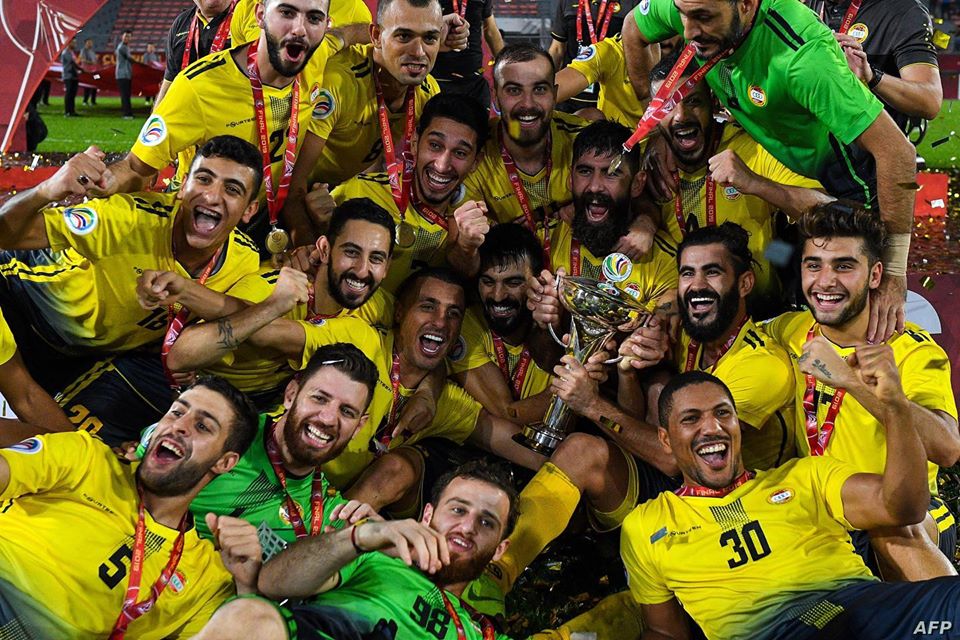 On June 13, the Lebanese football fanbase woke up to shocking news: Ali Al Hajj, Nejmeh SC’s prospect, signed for Al Ahed FC. It goes without saying that this transfer, like every other one, divided fans on social media.

Al Ahed fans were all on the same page as they welcomed the hottest prospect in Lebanese Football to their club. However, Nejmeh’s fanbase was not (expectedly) as united. Supporters were left arguing on who should take the blame for the loss of Al Hajj, a player they thought would bring them silverware.

Some Nejmeh fans blamed their current board of directors for their failure to keep Al Hajj at Al Manara, especially after losing Hassan Maatouk to their other fierce rivals, Al Ansar FC, and the drama surrounding another player, Nader Matar.

Some Nejmeh fans lost faith in the current management, while others backed their board and accused Ali of preferring money over everything else. They even blamed his father (and agent) Jamal, for letting his own problems with Nejmeh SC president, Assaad Saccal, create a conflict of interests with the only club he represented in his career (well, except in his last season when he signed with Ahed, ironically).

There was no doubt that when a player like Ali Al Hajj has less than 6 months left in his contract, clubs will use the Bosman law and try to negotiate a deal.

Besides, when you’re an 18-year-old player whose father is a local legend, like Jamal Al Hajj, you would let him take care of the business side of the game.

Jamal is a die-hearted Nejmeh SC fan, and that’s why he had both his sons, Youssef and Ali, enrolled in the club’s academy. However, as a father, he must ensure that his sons take the best career decisions.

In this case, we will focus solely on the exit of Ali.

Ali’s last season with Nejmeh SC was a disaster. He only played in 11 games and scored (2 goals) only in one game against Taqadom Anqoun (Third division) in the round of 16 of the FA Cup.

Like many other prospects – including Andrew Sawaya and Mahmoud Kaawar – Al Hajj suffered from the marginalization of the U23 roles at the club. In the last 2 seasons, these players struggled to get some playing minutes and were left warming the bench.

This is not the norm at Al Ahed FC.

Players like Mohammad Kdouh, Hussein Monzer and Walid Al Shour are regulars in the team. For example, Kdouh at the age of 19 had already 24 league appearances for Al Ahed, Ali Al Hajj has 11. These numbers speak for themselves. If you are a hot prospect, you would eventually go to a club where you are trusted to be on the field, not on the bench.

In another comparison, since Ali Al Hajj have been promoted to the first team in 2017-2018, Nejmeh have had 7 managers so far and are on the verge to sign an 8th manager in the upcoming days, while Al Ahed have had 2 managers (Moussa Hojeij was only there for the first 3 matches of the 2017-18 season).

Looking back at all these facts, it’s obvious why Ali Al Hajj moved to the league champions. Jamal Al Hajj thought rationally and not emotionally while advising his son.

But the question remains, what does this transfer mean to Al Ahed FC?

Bassem Marmar is an engineer, he loves building stuff. In fact, he loves it so much, he started rebuilding Al Ahed FC team. The current financial situation in Lebanon means that clubs cannot compete with foreign clubs in terms of tying players with lucrative deals. This why talented players will seek to move abroad, and get paid the big bucks.

Al Ahed have top tier football players as they were represented by 10 players in the AFC Asia Cup 2019 in the UAE (9 Lebanese players and 1 Syrian). Therefore, they are prone to losing players but have been dealing with that risk brilliantly. The plan is to recreate a young team, similar to the 2013-14 season team, where players evolve simultaneously. What’s better than having a player like Ali Al Hajj as the cornerstone of that team?

Players like Mohammad Haidar are rumored to follow in the steps of their former teammates Khalil Khamis, Rabih Ataya and Mehdi Khalil, and play abroad. This will leave gaps to fill by academy graduates like Said Saad, Mohammad Masri and other talents acquired from local clubs like Karim Darwich and Ali Al Hajj.

Ahed’s domination of Lebanese football seems unlikely to end soon. Even as they are entering a rebuilding phase, they are steps ahead of every team in the league, simply because they were the only club to build something in the first place.

Financially, this deal is a bargain. Ali’s price is only going to go up and Ahed have acquired him for free. The financial benefit for the Yellow Castle in this deal could be pretty big and this could be vital to bring other talents in the future. It’s obvious now that in order for football clubs to continue existing in Lebanon, a cash-in on some talents must happen.

This is exactly what Ahed are doing. Unlike the 2013-2014 season team, not only are the changes in Al Ahed in football players, but also in the managing mentality of the club. Something is changing on the big scale.

Predictions are that the Lebanese clubs will miss out on TV rights, sponsorship and gate receipts money due to the worsening economical situation and the Covid-19 pandemic. Football is changing, whether on or off the field, and Ahed understands it. As Albert Einstein once said: “The measure of intelligence is the ability to change.”