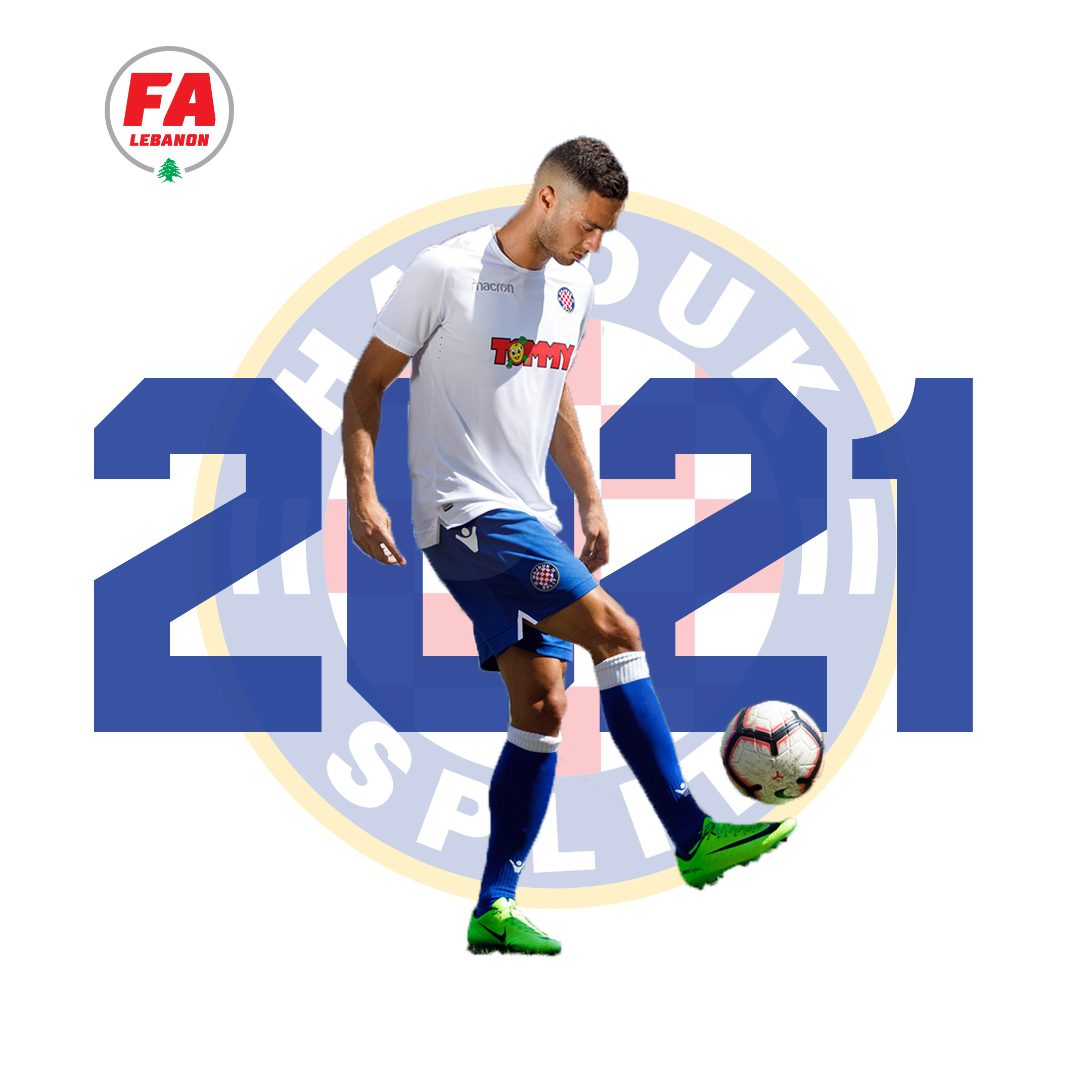 The Croatian club has decided to exercise its right to extend the contract of Jradi for an additional year.

Jradi joined Hajduk Split in the summer of 2018 on a 2-year contract. In that period, he has played 59 games (including Europa League Qualifiers) and contributed in 14 goals.

Hajduk is currently in second place in the 1.HNL Croatian first division (UEFA Champions League Qualifiers). If they could keep their position until the end of the season (in 5 games), Bassel could be the first Lebanese to play in the UEFA Champions League.