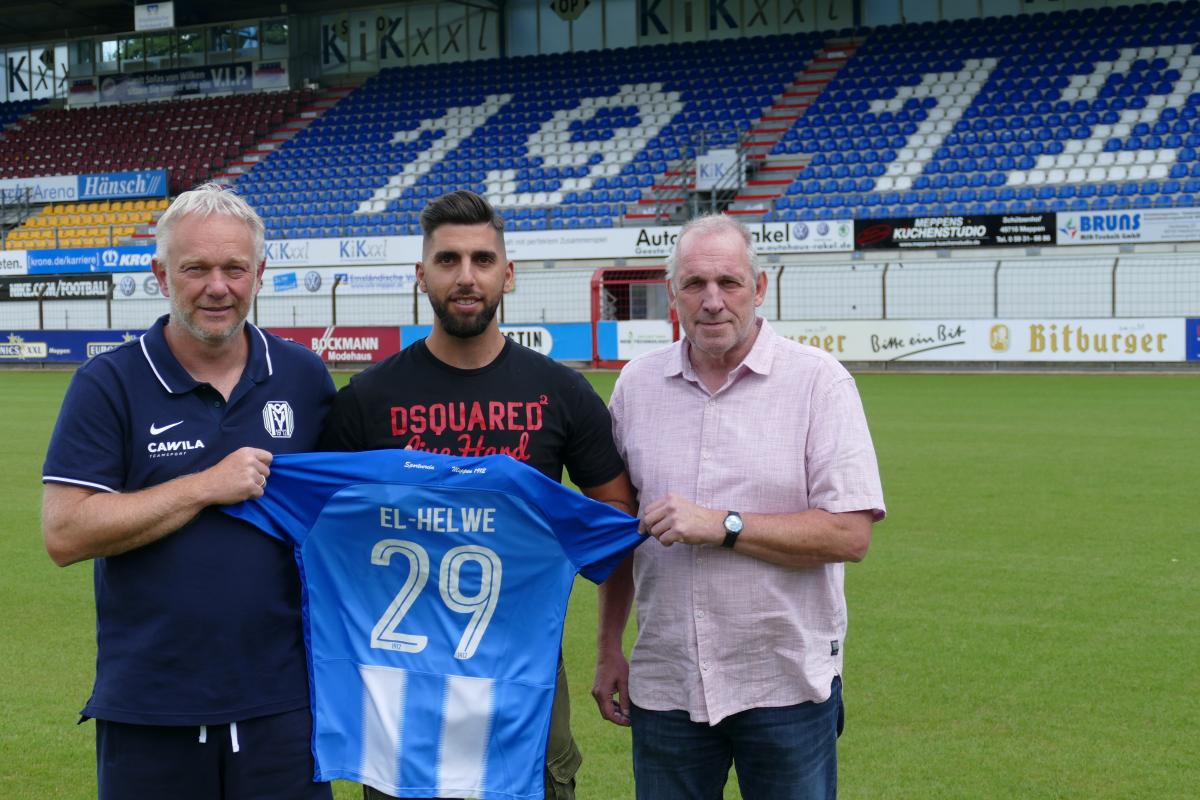 During these dark times for Lebanese football, one can always hope for better days and brighter spots. With leagues abroad resuming and no local competitions yet, Lebanese football fans monitor their compatriots’ performances outside the country, like Hilal El-Helwe.

The SV Meppen striker started the season relatively quietly, with an eight-game streak of no goal contributions, yet manager Christian Neidhart kept playing him and giving him minutes.

His first contribution came in the form of an equalizer against Bayern Munchen II in the 83rd minute, and Meppen went on to win the game 5-3.

That came after an international break, in which Hilal scored once and twice against Turkmenistan and Sri Lanka respectively.

Speaking to FaLebanon after the Turkmenistan game, Hilal talked about his difficult start at the club due to injury, but said he’s overcome it and is waiting for a chance to fight for his place at Meppen.

However, that goal in the league seemed to be a one-off thing, as he did not contribute to any goal in the next seven appearances for the club, but he scored an 86th minute equalizer against 1. FC Kaiserslautern in the last game before the COVID-19 pandemic hit the football world.

Yet, after football came back in Germany, Hilal found his mojo as he scored 3 goals and bagged 3 assists in his final 9 games, helping Meppen secure the 7th spot in the league, only five points off a promotion playoff spot and six points off an automatic promotion spot.

It’s like his manager’s faith has paid off, as he averaged 43 minutes a game in the 27 times he played, with 10 of them being starts.

Assuming that Hilal was playing in Lebanon, one can assume that he would be banished to the bench or reserves without getting any minutes for the rest of the season, which is a huge problem the young players face over here.

When a manager shows trust in his players, he usually gets repaid. It’s said that it doesn’t matter how you start, but rather how you finish, and on that basis, Hilal had a relatively great season.

Moreover, this ending would probably indicate that he’s going to start the next season with Meppen on fire.