[Exclusive] Jamal Taha: We are building for the future 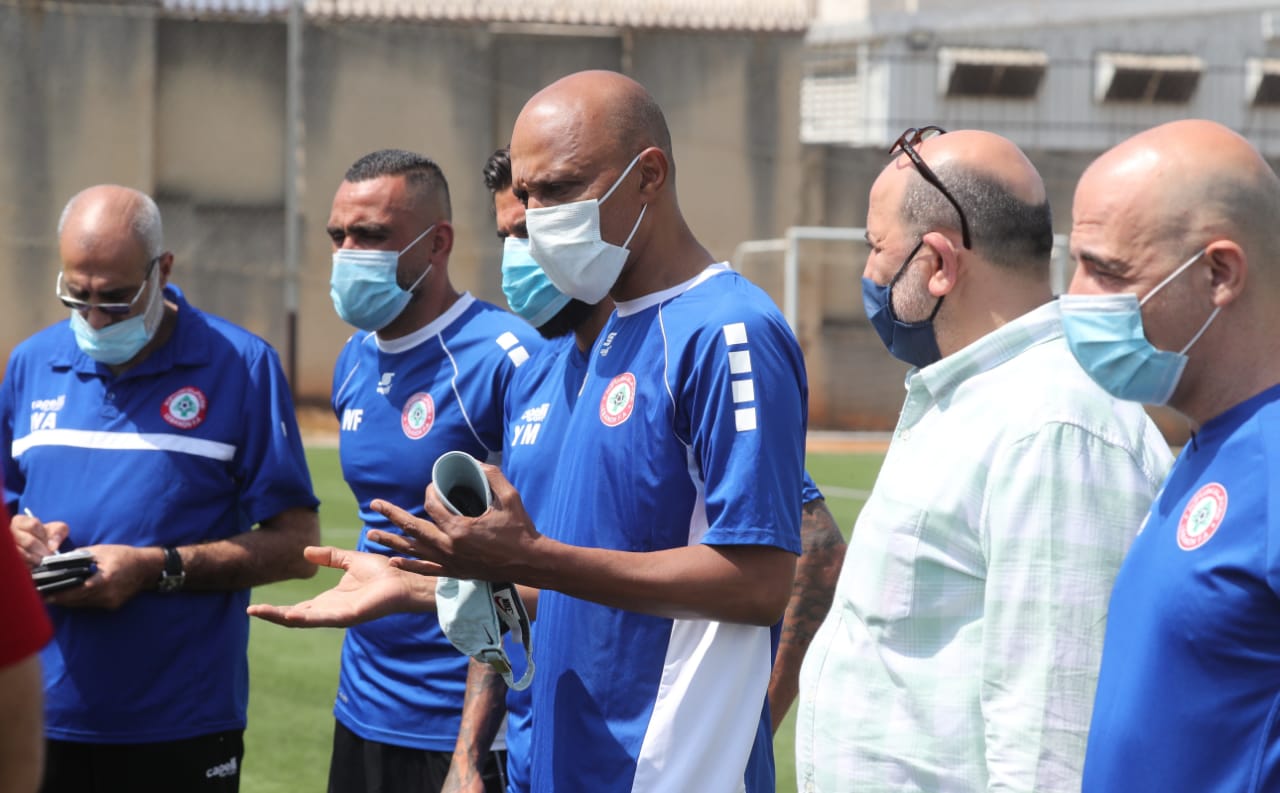 There are champions, club legends and then there is Jamal Taha. He was involved, either as a player or as a manager, in every single major trophy Ansar FC, the most decorated club in Lebanon, ever won, except that FA Cup of 2017. That’s 35 out of 36 trophies.

Looking back on such achievements, alongside the fine work he did as a manager for each of Ansar, Shabab Sahel and Tadamon Sour, one can understand why the Lebanese Football Association (LFA) chose him as an assistant coach for Liviu Ciobotariu, and then appointed him as the Romanian’s successor.

FA Lebanon chatted with the “Brown Gazelle” who talked about with his new role as the Lebanese National Team coach and his strategy for “youthening” the national team.

Jamal Taha is the first Lebanese to be appointed as the national team head coach since Emile Rustom in 2011.

“Of course, it causes pressure, but the foreign coaches weren’t getting big results.”

According to Taha, being under pressure was normal. He considers his appointment as a catalyst to let other Lebanese coaches have the ambition to someday take his place.

He loves a local coach because there isn’t any language barrier between him and the players, which is essential to motivating them and sharing his ideas. “Lebanese coaches are not worse than foreign ones.”

The ex-Al Ansar coach spoke about his strategy to lower the average age of the NT, even if he’s expected to get results.

“My goal is to create a foundation on which we can build our success, whether it’s me or another coach.”

“Our team’s average age is too high. We need to bring it down if we want to achieve success in the future.”

Taha then specified which positions he thinks need a rebuilding.

“The average age of our defenders is too high, so we must solve this issue. We can’t exclude any position in the national team because we will be working as a group.”

“That doesn’t mean we won’t be having any 30+ player in the national team in 3 years’ time. We need their experience, but we also need youth players.”

As this strategy is being implemented, the LFA is also executing another strategy to help more young talents come through the ranks in the league, and Taha is a fan of such decisions. He emphasizes on the importance of keeping the communication open between all youth categories for the evolution of the game.

“We’re getting up the stairs step by step in an educated and professional way. We are building for the future.”

One “positive” aspect of the bad economic situation in Lebanon is the growing numbers of Lebanese football players leaving the country to play abroad.

“Playing in foreign leagues can be beneficial for the player on both the physical and tactical levels. Besides, in Lebanon, our league matches lack fast rythm, and that’s why we struggle against the well-established national teams.”

“If the players’ performances get better, the overall NT level will eventually increase.”

Taha explained that the NT coaching staff is monitoring both players leaving the Lebanese Premier League to play abroad, and Lebanese players born abroad and playing in foreign leagues.

“We have a shortlist for new names that can help the team, but we are still looking for more [players]. Those players have a birth right to represent their country and can be an added value to the team. We already contacted some of them, and we are looking at the possibility of welcoming them into the squad.”

When talking about the upcoming double qualifications for both the 2022 Qatar World Cup and 2023 Asia Cup, Taha acknowledged that the upcoming fixture against Turkmenistan isn’t an easy one, which was hardened by the coronavirus pandemic that didn’t serve his players any good when it comes to match fitness.

“The return of action might help us restore what we’ve lost in terms of fitness, we won’t be 100% back but we’ll get there.”

The Lebanese coach sees an opportunity in this September’s FIFA days as a training camp will take place. The LFA will also be looking to play some friendlies in this period, if possible.

“Our players abroad will be able to join us. We will use this camp in order to get ready on both the physical and mental aspects.”

“Everybody at the LFA is working hard to put in place everything we need for the NT to evolve positively and show its best version.”