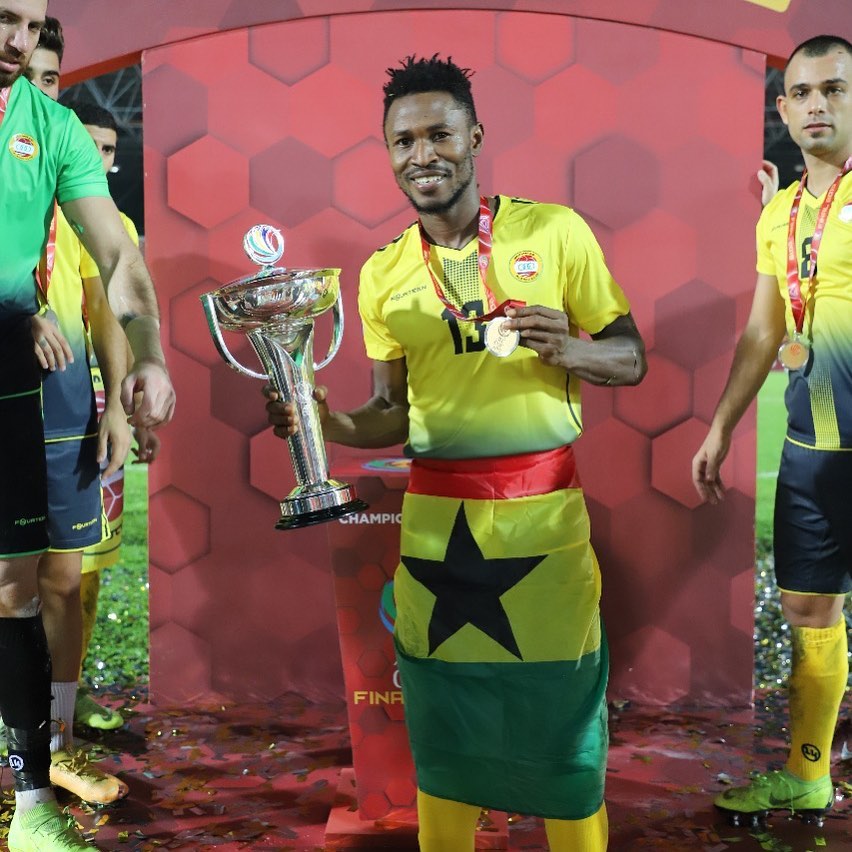 Al Ahed president Tamim Sleiman has revealed their intent on bringing back their Ghanaian star Issah Yakubu.
The player has been on loan at Kuwaiti side Al Arabi for the past year, with the club showing interest in extending said loan contract.
Yakubu first moved to Lebanon in 2015, joining Nabi Chit and later Shabab al Sahel for one season each, before eventually signing with Al Ahed in 2017.
The Ghanaian midfielder scored 6 goals for Al Ahed in 38 appearances. His most memorable was the header that sealed their win in the 2019 AFC Cup final, one of the many reasons the Lebanese club is keen on keeping him around in the future.