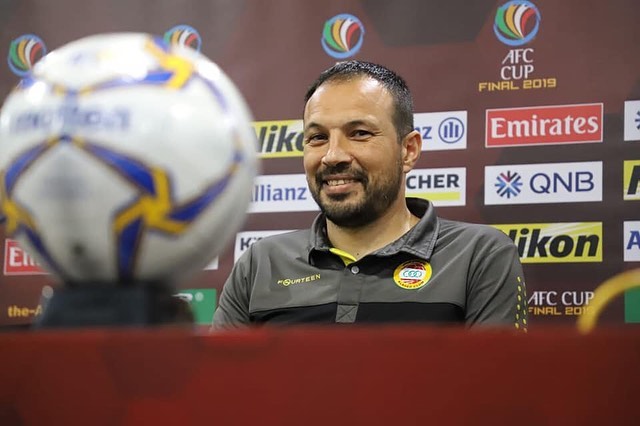 Newly appointed Al Arabi manager Bassem Marmar’s new endeavor was put on hold after learning about his infection with COVID-19.

Despite testing negative before boarding his flight from Turkey, Marmar later produced a positive test, alongside the club’s Football director Khaled Abdel Kadous, upon their arrival in Kuwait City.

They will each self-isolate for at least 2 weeks, leaving Marmar out of the team’s training sessions and some of the season’s last matches in the league.

We wish the Lebanese coach a speedy recovery.