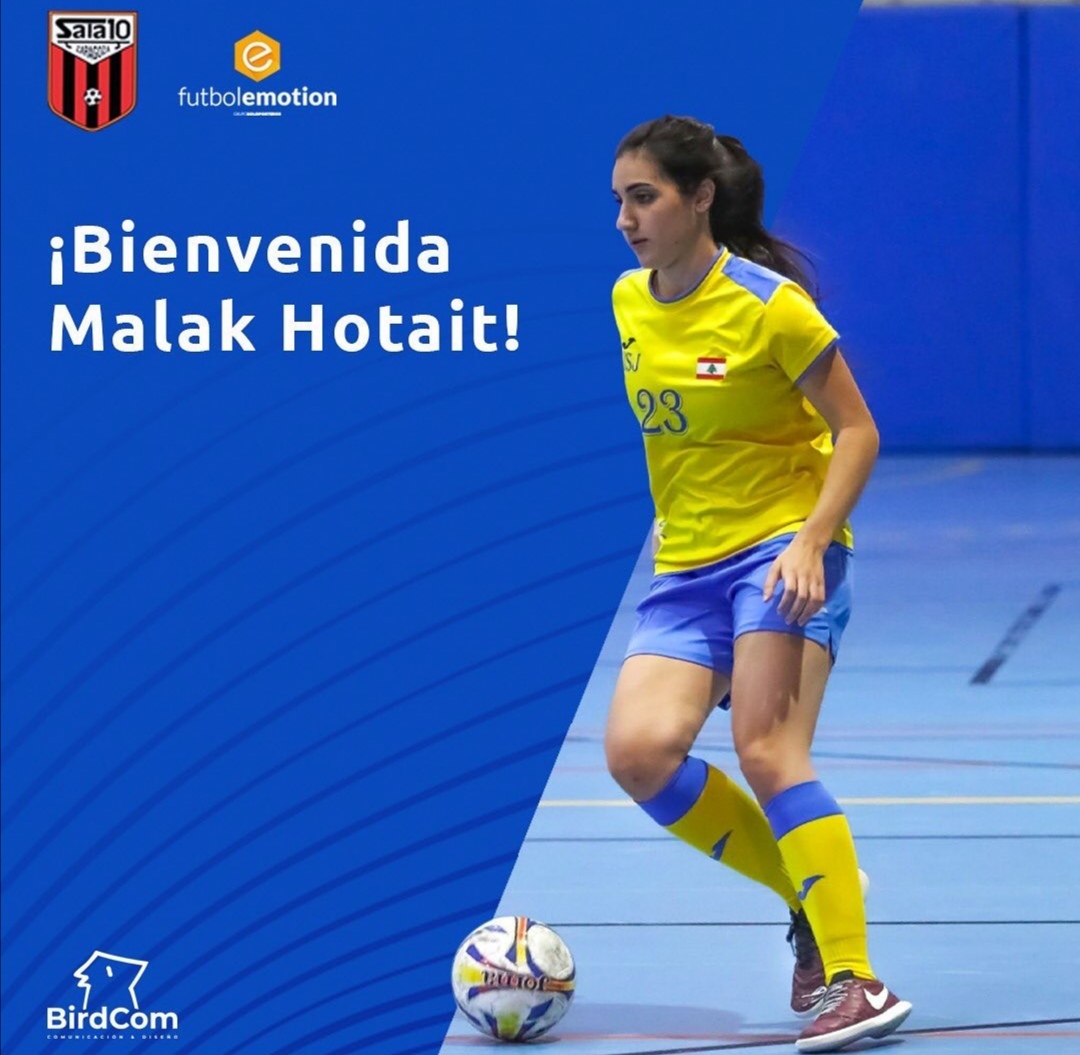 The 23 year old had been a leading figure in the women’s futsal scene for years, playing for USJ in both the Uni League and the First Division Women’s Futsal league.

Hoteit started out as a football player and participated in the senior and U19 women’s leagues with FC Beirut for 3 seasons from 2013 to 2016, playing mainly as a full back or winger.

In 2014, she began her university education at USJ, a school well known for their serious approach to college sports, and took the opportunity to join their futsal team.

Hoteit quickly established herself as one of their key players, spending 6 years with the university’s team dominating the Uni League until she graduated in 2020.

In addition to the Uni League, she was also included in USJ’s squad that participated in the first division women’s futsal league, where she played for 2 seasons, 2016/17 and 2017/18.

During these years, the university team had brought in some foreign players to bolster their squads. “We [USJ] had a Brazilian player, Rafaela Nicacio, she and I became quite close and stayed in contact after she was recruited by a club in Zaragoza.”

Her teammate tried to secure her a tryout in Spain, however, the club had started to fall apart and no deal could be done.

Fortunately, a member of the club’s management saved the squad and created a new women’s futsal team, Sala 10, also based in Zaragoza.

In an attempt to recruit more players, the manager took Nicacio’s word about Hoteit, and after reviewing her highlight videos, automatically went to work on her contract and arrival.

Hoteit states that it has always been her dream to pursue a futsal career in Europe, and is very optimistic about this huge opportunity. “I feel very confident in the club and the manager after seeing the level of trust between him and the other players.”

We wish Malak the best in her new experience, and hope to see her thrive with her new club.