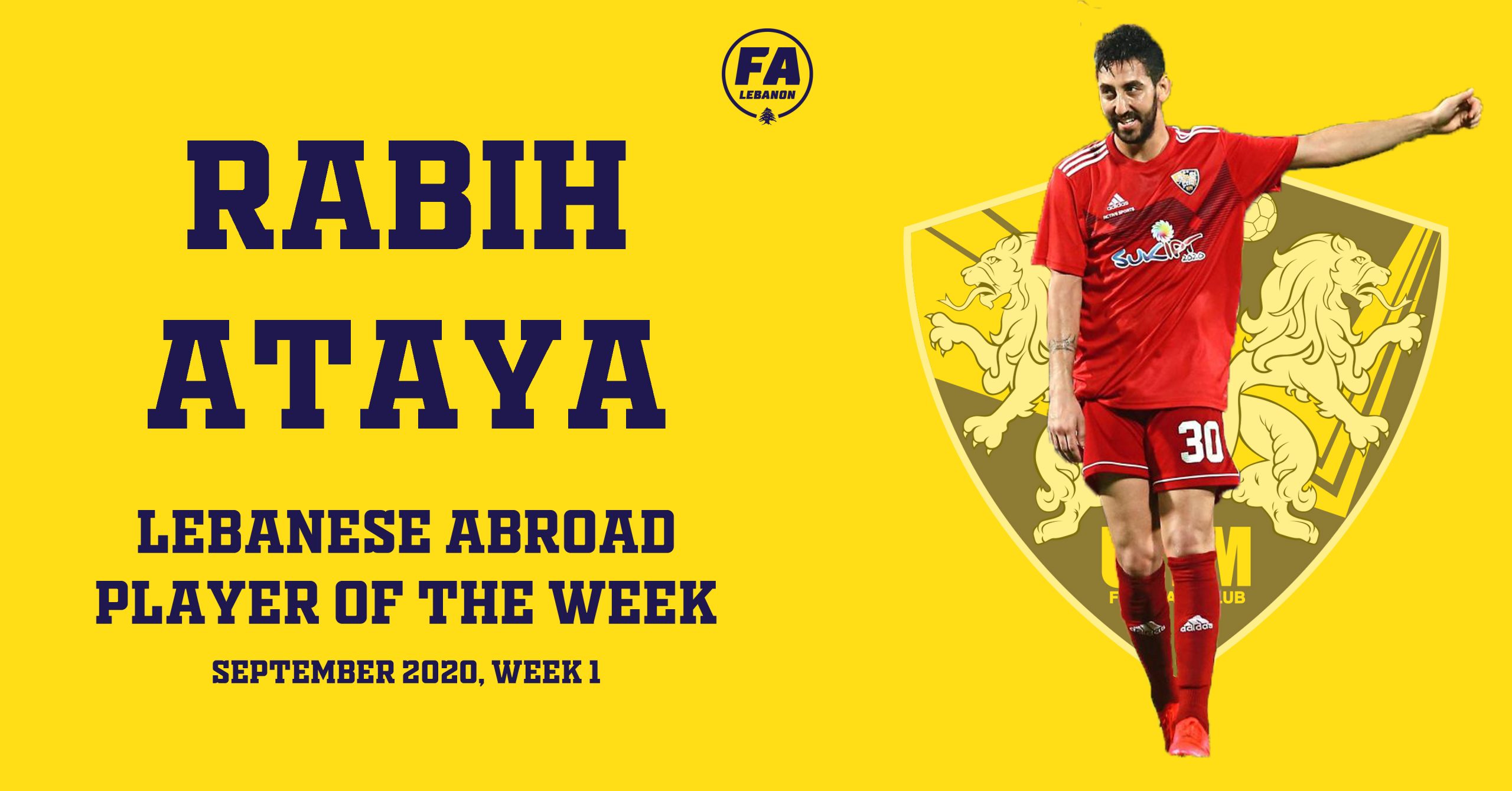 Rabih Ataya is Fa Lebanon’s player of the week!

Rabih Ataya is having a good season in Malaysia. Even if the Lebanese sports media is not talking about his performances – oh… wait! Do they talk about our players abroad? No, no, not at all – Rabih Ataya is shining . Uitm FC won 1-0 against Pahang FA. And no need to tell you that Ataya was behind the sole goal of the game.

First game of the 2020/2021 season in Qatar.
Melki started as central defender. What is important to note is the huge fighting spirit of Melki! More than a player… a clever soldier! Great mix between the strength of the Vikings & the daring of the Phoenician.

Soony Saad’s season in South Korea is complicated. He is far away of being a regular starter! And let’s not talk about his stats… but we believe in him! Yalla Soony Yalla!
He played less than 10 minutes this week.
Chungnman Asan FC 1-1 Ansan Greeners FC.

Kassem El Zein is an Al Nasr player
Hassan Mhanna talks about his time in Armenia, the upcoming season and the national team