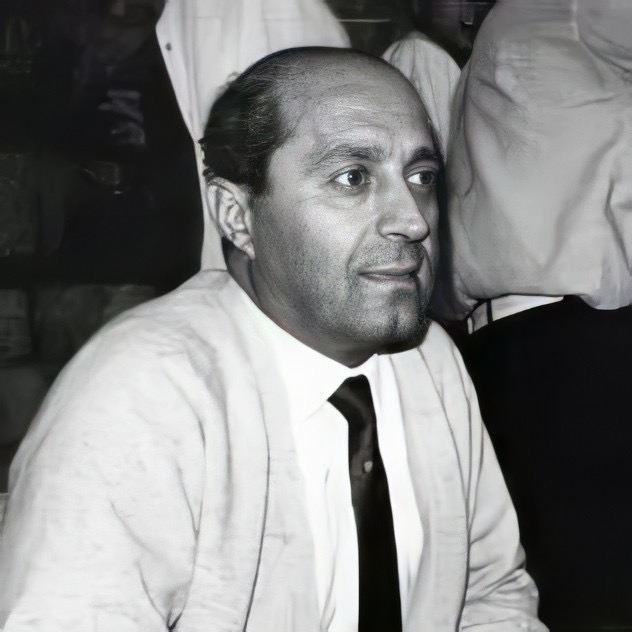 27 April 1940 is a day that will forever be remembered in Lebanese football.

Lebanon played their first FIFA-sanctioned game against Mandatory Palestine where – despite losing 5-1 – a 20-year-old Lebanese forward made history by becoming his national team’s first-ever goalscorer. His name? Camille Cordahi.

Born on 11 September 1919 in Faytroun, to Rouhana Cordahi and Catherine Massaad, Camille grew up in the Achrafieh district of Beirut with six siblings: Marie, Joseph, Georgette, Eva, Laure, and Marcelle. He studied at Sagesse High School, and started playing football for the school’s team at an early age.

While a student at Sagesse, Cordahi was spotted by various French teams, who offered him to move to France with a college and university scholarship. However, his parents rejected these approaches, and their son stayed in Lebanon. In 1935, Cordahi started his football career at D.P.H.B. (Sika) playing in the inaugural match of the Beirut Municipal Stadium during the same year.

After winning three league titles – in 1936, 1939, and 1941 – Cordahi joined Racing Club Beirut in 1942. After one season at Racing, Cordahi helped Sagesse to form a senior football team, joining them in 1943, and where he spent seven years before retiring from football in 1950.

After hanging up his boots, Cordahi worked at Sagesse as an administrator, before assuming the same responsibilities in Racing. He also worked as the treasurer of the Lebanese Football Federation in 1979.

Cordahi earned his first international cap in 1937, playing for Lebanon until his retirement. Nicknamed the “Golden Foot”, Cordahi was also offered to play for the national teams of Syria and Palestine, but declined and became the Lebanon’s national team captain.

Cordahi worked for the Lebanese railways while playing for their club between 1935 and 1942, before working between 1944 and 1953 at “Régie des Tabacs et Tombacs”, a tobacco manufacturing and trade company.

In 1962, Cordahi became the first mayor of his hometown Faytroun, a tenure which he held for over 45 years.

On 1 June 1965, Cordahi founded a table tennis club, called Sporting Club Faytroun. The club was located in his home, and the table was put in his garage.

In August 1974, he was awarded the Lebanese Medal of Merit at Racing’s 40th anniversary.

Mohammad Haidar gets injured
Where does Lebanon place in the new FIFA rankings?