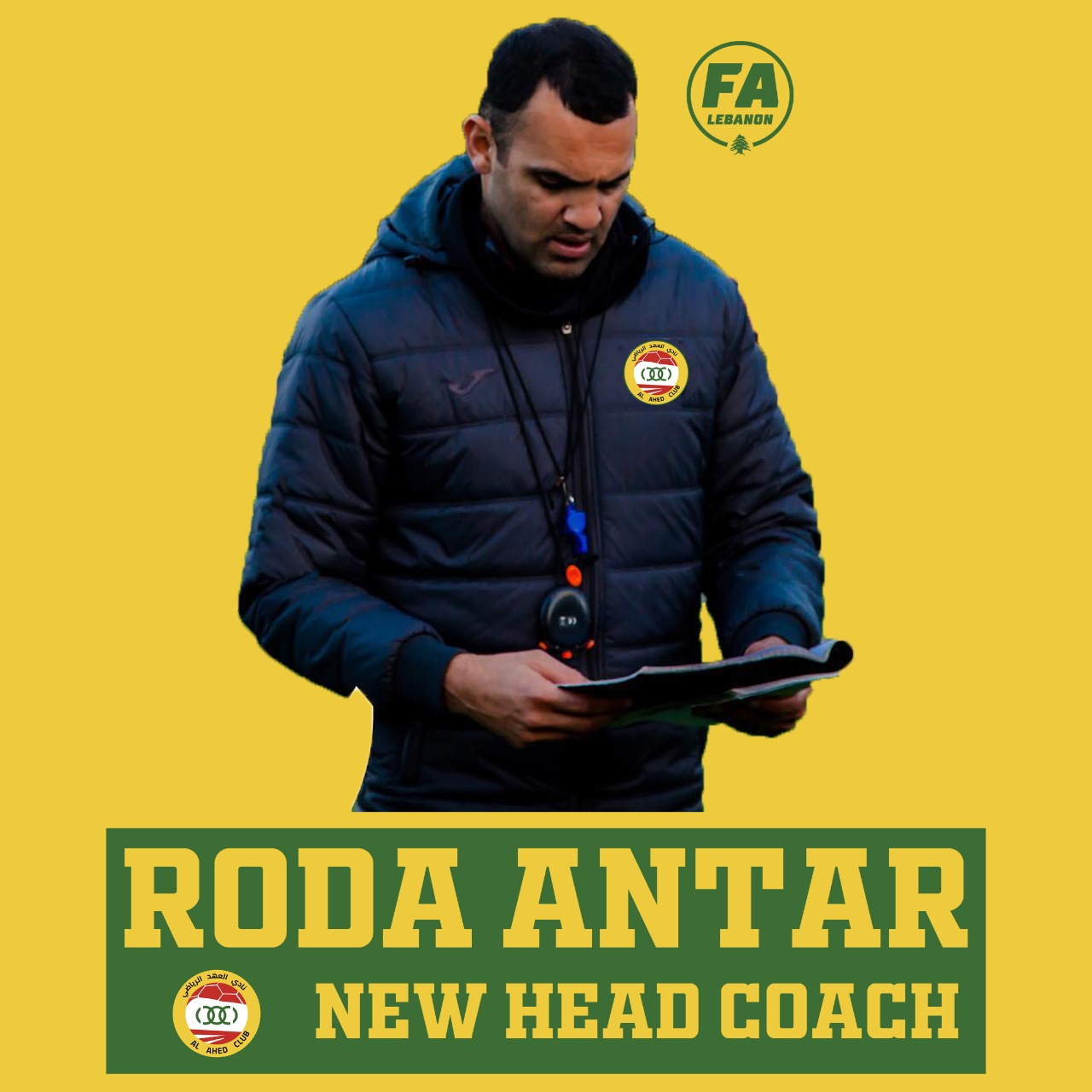 After being appointed by the Lebanese Football Association as head coach for the U-23 national team in mid-August, Roda Antar has decided to take on a new challenge and has now signed a contract with Al-Ahed, making him their new coach instead of the olympic national team.

This won’t be the 40-year-old’s first time managing in the Lebanese premier league, as he previously managed Racing Beirut from 2017 to 2019. However, that stint didn’t end on a high note as Racing were relegated on the last day of the second season, which ultimately ended his stint there.

Ahed went after Antar after some poor performances in the Captain Cup, which was a friendly pre-season tournament hosted by Ahed. In the tournament, Ahed were managed by Daniel Gimenez. The Spaniard took over the club after Bassem Marmar left for Kuwaiti club Al Arabi earlier this summer.

Gimenez asked to be relieved of his responsibility as Ahed’s head coach while placing his capabilities at the disposal of the team in any position the management deems appropriate.