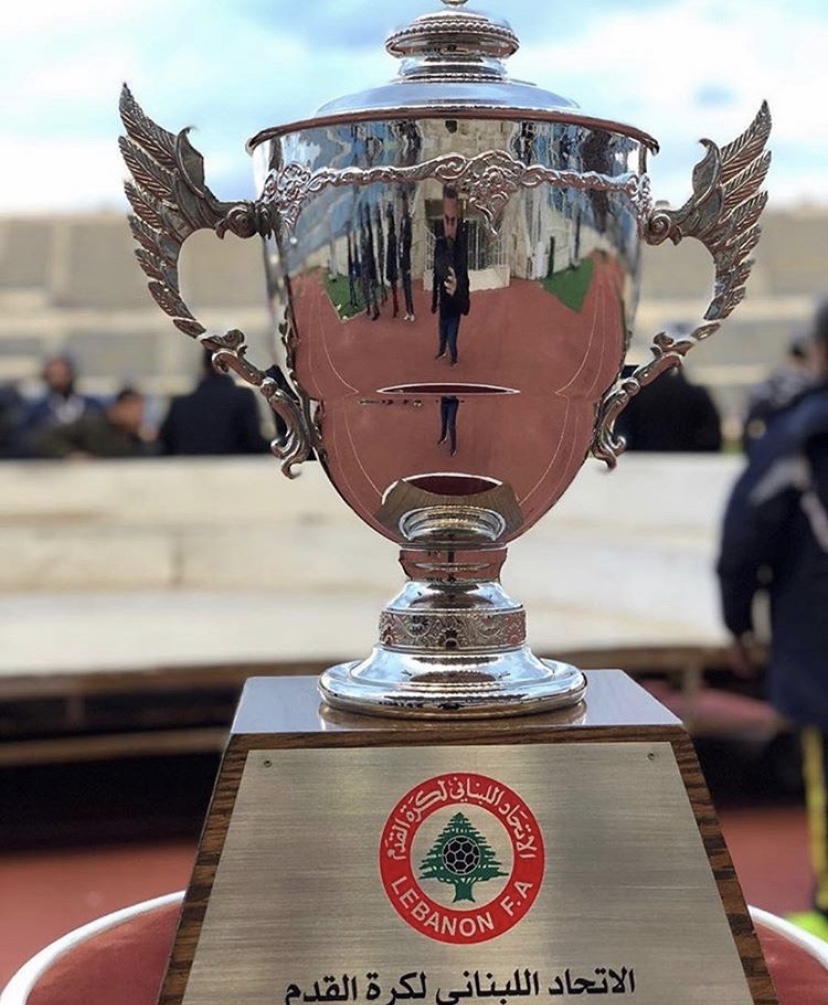 The Lebanese league will start this weekend after a year since the last league game was held. But before that, we asked Maroun Mahfoud, Rami Abou Diab and Nadim Afiouni about who they think will win it? Who will complete the top 6? Who will get relegated? Who’s going to be the top goalscorer?

For the first time since the summer of 2016, the Lebanese Premier League starts without Ahed as clear favorites to clinch the title…I don’t think they will win.

Ansar has a full squad, with stability on both ends and amazing chemistry within the midfield. The team looks like it can play without a manager on the bench, and that, by itself, is great coaching.

Ahed won’t lose the title without a fight eventually, and it will be very close one. Personally, I don’t put much belief when a coach comes in late in the preparation period or during the season, simply because it’s not “his” team. It will take time for players to understand his ideas and implement them on the pitch.

Nejmeh, on the other hand, will not be out of the fight. The team looks solid in pretty much every department (except defence) but with nothing special. It will be interesting to watch how the team evolves in the competition, since most of the signings came just within 2-3 weeks before the start of the season.

With the 3 teams in front already sorted out, I think the remaining 3 teams to play in the final will be all coming from Greater Beirut.

Shabab Al Sahel was already a very solid team in the last (cancelled) season, winning the Elite Cup. Even though they lost a couple of important players like captain Abbas Atwi and Hassan Kourani, it seems coach Hajj Hammoud found out how to make the best of players like Abbas Assi and Youssef Barakat to fill the void left by their predecessors.

Shabab Al Bourj is another team that I think will do well this season. Pre-season showed us that Youssef Jawahri’s men had some good chemistry between them and seem very compact defensively. With a striker like Adnan Melhem, it won’t be easy to keep a clean sheet against this team.

The relegation battle will be on fire, just like in 2018-2019. I see Tadamon Sour and Akhaa Ahli Aley returning to the second division.

Tadamon Sour lost good players on each end of the pitch and couldn’t replace them properly. I think it would be difficult for them to stay in the first division for the 2021-2022 season.

Akhaa is in no better shape. Losing many of their best players, I don’t think they’ve replaced them with players of the same caliber. It’s going to be a very tough season for Fadi Kakhi’s team.

The last Lebanese to be the top scorer of the league was Abou Baker el Mel in 2016-17. I don’t think he will be able to replicate this feat this year. I see Mahmoud Siblini as our next Lebanese top scorer with a tough competition with Adnan Melhem and Hassan Maatouk.

Defense might be the key to determine the identity of the winner this season.

Ahed consolidated itself with the return of Mahdi Khalil and Khalil Khamis, coupled with the signing of the powerful defender Jad Noureddine. Nejmeh, on the other side, lost the central defender Kassem Zein who moved to Kuwait, but couldn’t replace him with a player of his caliber. However, they do have some experienced players like Ali Saad, Ali Hamam and promising players like Andrew Sawaya. Maher Sabra can be the main pillar of the Manara club’s defense.

Ansar signed Hussein Eldor coming from the Indonesian League, and in my opinion, it might be THE signing of this mercato. Eldor can give confidence and stability to the defense of Al Zaaim.

With the absence of foreign players, the offensive side is the most difficult to assess.

Ahed was clever to keep the goleador Mohamad Kdouh and the “dynamo” Mohamad Haidar, while bringing Ali Al Haj coming from Nejmeh, who will try to make the best of this huge opportunity to show his potential and improve.

Nejmeh can count on the resounding return of Mahmouf Siblini and on Mohamad Ghaddar, the Lebanese Goleador of the last decade.

Ansar has the best team from an offensive point of view especially with the signing of Nader Matar coming from Nejmeh.

Ansar are the favorites to win the league, as they have a “Galactic” team with a wonderful offensive armanda, but will there be any chemistry between the players? Let’s not forget that since 2009/2010 season, only 3 clubs won the league: Ahed, Nejmeh and Safa.

In my opinion, Nejmeh will win the league thanks to their midfield. I really like the virtuosity of Hassan Kourani, the game intelligence of Ali Tneich “Sisi”, the accurate vision of Abbas Atwi, and the madness of Khaled Takaji.

I asked Fa Lebanon followers who will be in the top 6. Their top 6: Ansar, Ahed, Nejmeh, Shabab Al Sahel, Bourj, Safa.

It’s a rational choice. But I would add Akhaa Ahli Aley.

In my opinion, Tripoli and Shabab Al Ghazieh will be relegated.

The quality of the youth department will help a lot Tadamon Sour and Salam Zgharta.

Ansar will have a variety of goalscorers, unlike other clubs. In my opinion, the competition will be between Mohamad Kdouh and Edmond Chehade. The Zgharta-born player might have his best season so far, as he recently regained his vista coupled with a better physical condition.

BUT Bourj can be the surprise of the season. Abou Bakr Al Mal “Bako” might be a good contender!

Lebanese forwards have a huge opportunity to shine this season, in the absence of foreign players. They must keep in mind that the coach of the national team, Jamal Taha, will be watching them very closely…

Ahed have been so superior in the last few years that we haven’t had a proper title race. With Bassem Marmar now gone, it seems things have unraveled at the club.

It’s been a messy summer for the defending champions and Daniel Gimenez was replaced as head coach by Roda Antar after only a month, with the latter still inexperienced.

They still have the strongest defence, but beyond the starting XI the squad looks thin and they’ll miss Issa Yakubu in the middle of the park.
Furthermore, Antar is no match for the great tactician that is Abu Al Hail. After a couple of years of heavy investment, Ansar seem ready this year having made some terrific signings, not least Hussein Eldor who should help fix their defensive problems. But it’s at the other end that Ansar will win the league; between all their attacking stars they will score a bucketload of goals. Their recent cup win should give them the confidence they need to kick on and get their first league title since 2007.

Nejmeh strengthened heavily this summer and the return of Moussa Hojeij has created a positive atmosphere. However, their transfer approach remains very scattergun. They look well stocked in attack but I still see their defence costing them too many points. Kassem Zein was huge for the team and has not been replaced; they lined up with 4 full-backs and no centre-back in pre-season and their goalkeepers aren’t good enough. Burj went into last season with great momentum off the back of promotion and they’ve since added well. Mohamad Dakka has done a tremendous job with this team and I expect them to pick up where they left off.

Shabab Sahel are another exciting team and although they lost several key players from the side that won the Elite Cup, it’s still a good mix of youth and experience and Mahmoud Hammoud has proven himself able to build a team greater than the sum of its parts.

For the final spot in the top 6 it’s between Safa and Akhaa. I’m very excited to see what the latter can offer under their new coach Fadi Al Kakhi but Akhaa have lost the core of their team and Safa’s strong recruitment should give them enough quality to come out on top.

In my opinion there are four teams bad enough to go down: Salam Zgharta, Tripoli, Tadamon Sour and Shabab Ghazieh.

Salam Zgharta have a small squad and lack quality but they have good young talent coming through the ranks and Ghassan Khawaja is the right man to get the best out of them.

Tadamon Sour have not strengthened much and lost their most important player in Hadi Mortada but I think they still have enough experience to stay up.

Ghazieh made a couple of interesting signings but I think they are lacking at both ends of the pitch and that is where points are won and lost.

Tripoli have lost the core of their team and they’ve also changed coach and although Matar is a great signing in goal that won’t be enough to keep them up.

The race for top scorer will be fascinating given the absence of foreign players but I cannot look beyond Ansar who have the best attack in the country. Hijazi will score more goals now that he’s getting better service but I have to go for Hassan Maatouk. At 33 years of age he’s still the best player in the country and I’m expecting a big year from him.