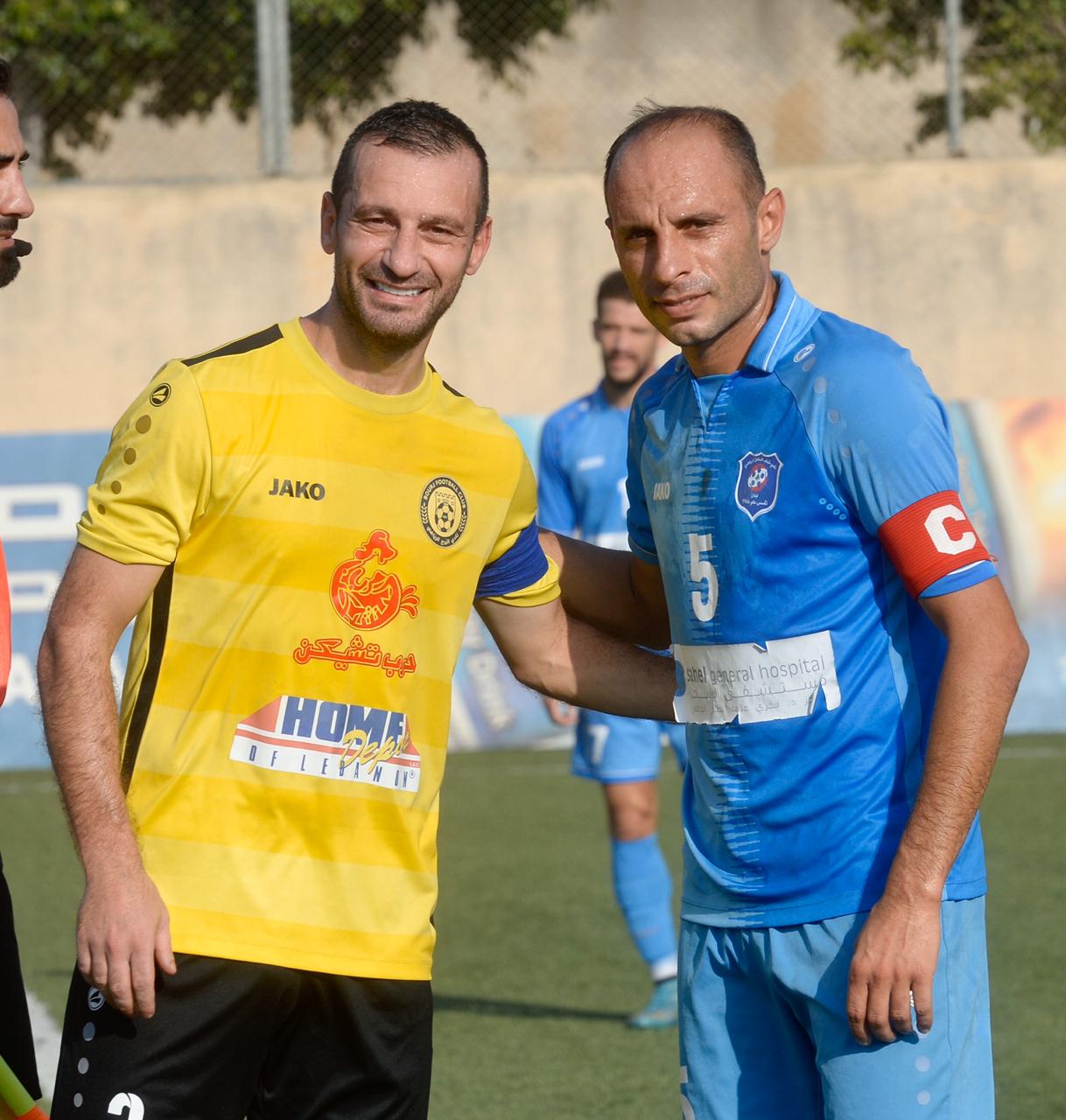 The second matchday of Lebanese Premier League will witness many good matches. With two derbies to be played, we can expect an exciting weekend of football.

Last week, Shabab Al Ghazieh had at least two important opportunities to equalize against Akhaa Ahli Aley at Bhamdoun stadium but they failed to make the best out of them, as Youssef Atris was unlucky.

Against Tadamon Sour, Shabab Al Ghazieh can count on their goalkeeper Ali Haj Hassan who had a good game against Aley, but they will need to be more efficient in the offensive sector.

Meanwhile at home, Tadamon Sour lost logically 1-0 against Ansar. In their next game against Shabab Al Ghazieh, Tadamon Sour will need to be more dangerous offensively, but they have good players like Mohamad Al Jawad Abou Khalil.

All points will count in order to stay in the first division next season!

It won’t be an easy game for Ahed who showed some difficulties in defense against Bourj (3-2). Ahed’s defender Jad Noureddine won’t play after contracting the coronavirus.

Akhaa Ahli Aley can benefit from their fast movement in the final third, and Ahed should be careful of the good connection between Ibrahim Bahsoun and Hatem Eid. Daniel Abou Fakher, who scored the winning goal for Aley against Ghazieh, will be the player to watch.

Ahed, the favorites to win the game, can count on the virtuosity of Mohammad Haidar and the great form of Mohammad Kdouh who scored the first hat-trick of the season in three different ways: shot inside the box, head, and shot outside the box (midrange).

In defense, Akhaa Ahli Aley should work more on corners if they don’t want to concede easy goals against Ahed or any other team.

Shabab Al Bourj started the campaign with a 3-0 win over Salam Zgharta although the performance didn’t necessarily warrant such a comfortable victory. What’s certain, however, is that this Shabab Al Bourj side has goals in it and will surely test Ansar’s backline much more than Tadamon Sour did last weekend.

Ansar, on the other hand, overcame Sour in a narrow 1-0 win, albeit on a very difficult pitch. Their main threat last weekend came from the right-hand side loaded with the duo of Nassar Nassar and Hassan Maatouk – the former providing the width and the latter being a constant threat in the pockets.

Shabab Al Bourj striker Adnan Melhem is an experienced goalscorer and has already opened his account for the 2020-2021 season last weekend, as did the exciting prospect Hussein Awada. Only time will tell whether Shabab Al Bourj will commit as many players forward as they did on the first matchday or take a more conservative approach.

Both teams will head to Bhamdoun on Sunday to erase the disappointment of the first matchday.

After the heavy defeat at home against Shabab Al Bourj, Salam Zgharta are going into the match with a rather optimistic point of view. Even though they conceded 3 goals, it’s good to point out that Salam created more chances than Shabab Al Bourj (counterattacks do not count).

On the other hand, Nejmeh played out a disappointing draw against Safa SC as they were, too, the better team on the field.

Takaji’s long ball to break the defense line might cause a lot of problems for the northern defense. But on the other hand, Salam Zgharta have many fast players upfront that might be able to break away on the counterattacks. This is going to be either a very entertaining match or a very boring game, there is no “in between”.

Since the summer of 2016, Nejmeh was able to win only once against Salam Zgharta. Will they be able to end this streak?

Tough game at home for the northern club. After losing two of their players who started against Shabab Al Sahel last week, Tripoli will face a confident Safa SC side after their draw against Nejmeh in Jounieh.

Tripoli looked organized in the back and were very tough to penetrate. Jihad Eid also caught the eyes in the other end for Tripoli. Goalkeeper Mostafa Matar will be set for his debut for the club, in the hopes of improving the defense.

It’s still unknown if Safa will regain the services of Hassan Al Mohammad, but Emile Restoum has some key players that can help his team grab the win.

Akram Moghrabi will be looking to score against his old team while Tripoli will look to grab their first point of the season on their home turf. This should be an interesting game.

This is a huge game early in the season between two teams competing for a place in the top 6 and a win in this game could be very influential.

Bourj will have been very disappointed to lose against Ahed, having outplayed the defending champions in the first half and going 2-1 up. The front three of Hussein El Outa, Mohammad Jaafar and new signing Abubakr Al Mal looked particularly sharp and caused Ahed all sorts of problems. It’s at the other end of the pitch where they will want to improve, without their goalkeeper Mohammad Hammoud who was suspended by the club after .

Shabab Sahel were not at their best but still managed to overcome Tripoli 1-0, with goalkeeper Ali Daher being called upon on numerous occasions and proving to be up to the task. Sahel are clearly missing the likes of Kourani and Atwi as well as the foreign boys in an attacking sense and will need to play at a higher tempo to match and compete with Bourj.