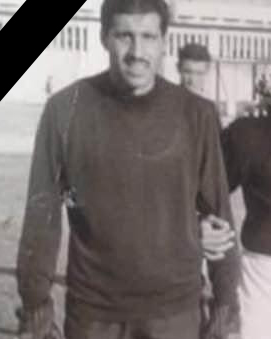 On 16 October 2020, Lebanon lost one of its greatest football player, Abdelrahman Chbarro, after he was infected with covid-19.

Chbarro was born on 14 March 1943 in Beirut. He started playing football when he was still a student, under his mentor Samir Al Adou, in a playground next to his home. In 1958, he signed for Ansar and stayed there for 4 years. At that time, Ansar was playing in the second division. In 1962, Shbarro moved to Nejmeh and stayed at the club for 8 seasons, before coming back to Ansar in 1970 and spending 12 years at the club. During his time at Nejmeh, he was loaned out to Olympic Egypt, in the 1966-67 season, but his season was cut short due to war.

Ex-Nejmeh President, Omar Ghandour, revealed in the 70’s, that Chbarro received two offers to play abroad. The first one was from Morocco’s national team to participate with the team in the 1970 World Cup in Mexico and the second offer was from Inter Milan after they scouted him in a tournament in Spain.

After his retirement, Chbarro worked as a goalkeeper coach to many teams including Ahed, Racing and the Lebanese senior and olympic national teams.

Other than amazing athleticism and great goalkeeping skills, Chbarro is well known for the eye injury he suffered during his time with Nejmeh. He is considered as one of the greatest goalkeepers to play for the national team.