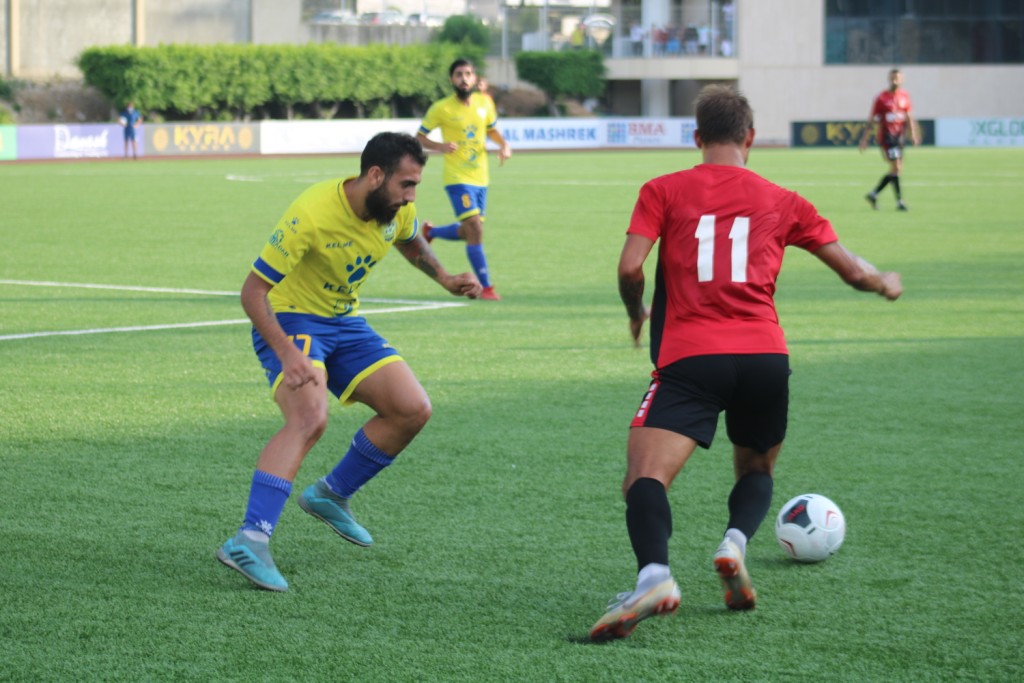 Matchday 3 just ended and we noticed some interesting things that happened in our stadiums.

At the Merdeshiyeh Stadium, Oscar Ghantous was subbed out for the first time in his senior career. He was replaced by none other than his older brother, Cesar Ghantous (19 Years).

In that game, Tripoli scored for the first time in this season. The goal was scored by Alaa Ezzo.

Akhaa Ahli Aley got a point against Shabab Al Sahel with 0 shots on target. The game ended 1-1.

2 own goals were scored in the premier league for the first time this season: the first scored by Ali Abboud (Shabab Sahel) and the second by Mostafa Chamaa (Safa).

Another player got a red card this week and it’s Hussein Sayed from Shabab Ghazieh.

Ansar is the only team yet to concede this season. Salam Zgharta and Tadamon Sour still haven’t found the back of the net.