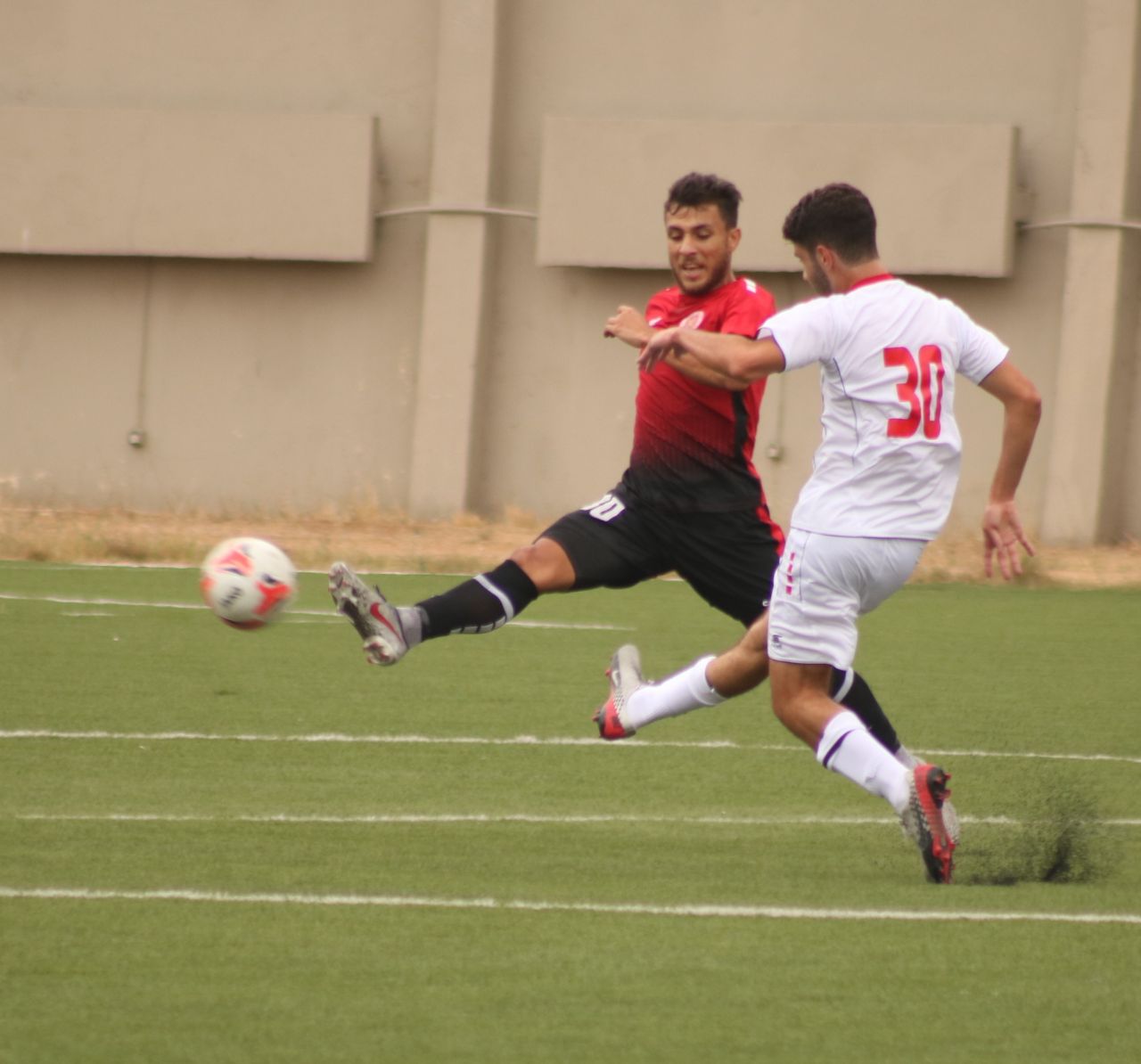 Congratulations, you scored your first goal in the top flight at 16 years old. Can you talk us through your thoughts in the build up to the goal and after you scored?

The first thing I thought about is to go forward. There were two players in front of me and they eliminated themselves [laughs] so I took one step forward. I saw a passing opportunity, but I didn’t go for it, then I took the shot and that was that.

I can’t remember exactly what went through my head after scoring, I remember I felt happy.

You’re the youngest starter this season and probably since the war. Do you feel any kind of pressure because of this stat?

On the contrary, this accolade eases the pressure off my shoulders. I don’t feel out of place playing at this level.

Not only have we seen you play as a number 10 but also as a second striker in the second half of the game against Bourj. Which position do you see yourself in most?

I think the perfect position for me is number 10 but I also like to play as a striker. I can play wherever the coach wants me to play, even as a center back [laughs].

Since you joined the academy, you’ve been under the supervision of coach Ghassan Khawaja, the current coach of the team. How can you describe your relationship with him and how does it affect your football?

I have a very good relationship with coach Ghassan, he trusts me and helps me a lot and that gives me confidence.

As we’ve been playing the same system throughout the youth teams and now in the senior level, I feel at ease in the team. I believe I have good understanding with the coach and therefore I can play as he wants me to play more perfectly.

Your brother is also a teammate, and your first ever substitution was with him. How could that help you in your journey?

Oscar: We have very good understanding between us, we’ve always been side by side.

Cesar: We’ve been playing together since kindergarten; we’ve been even in the same youth teams. We’ve always played everywhere together.

Oscar: After the game, we always talk about it and analyze it.

Cesar: Actually, we never shut up about it [Laughs].

What can we more expect from Oscar Ghantous?