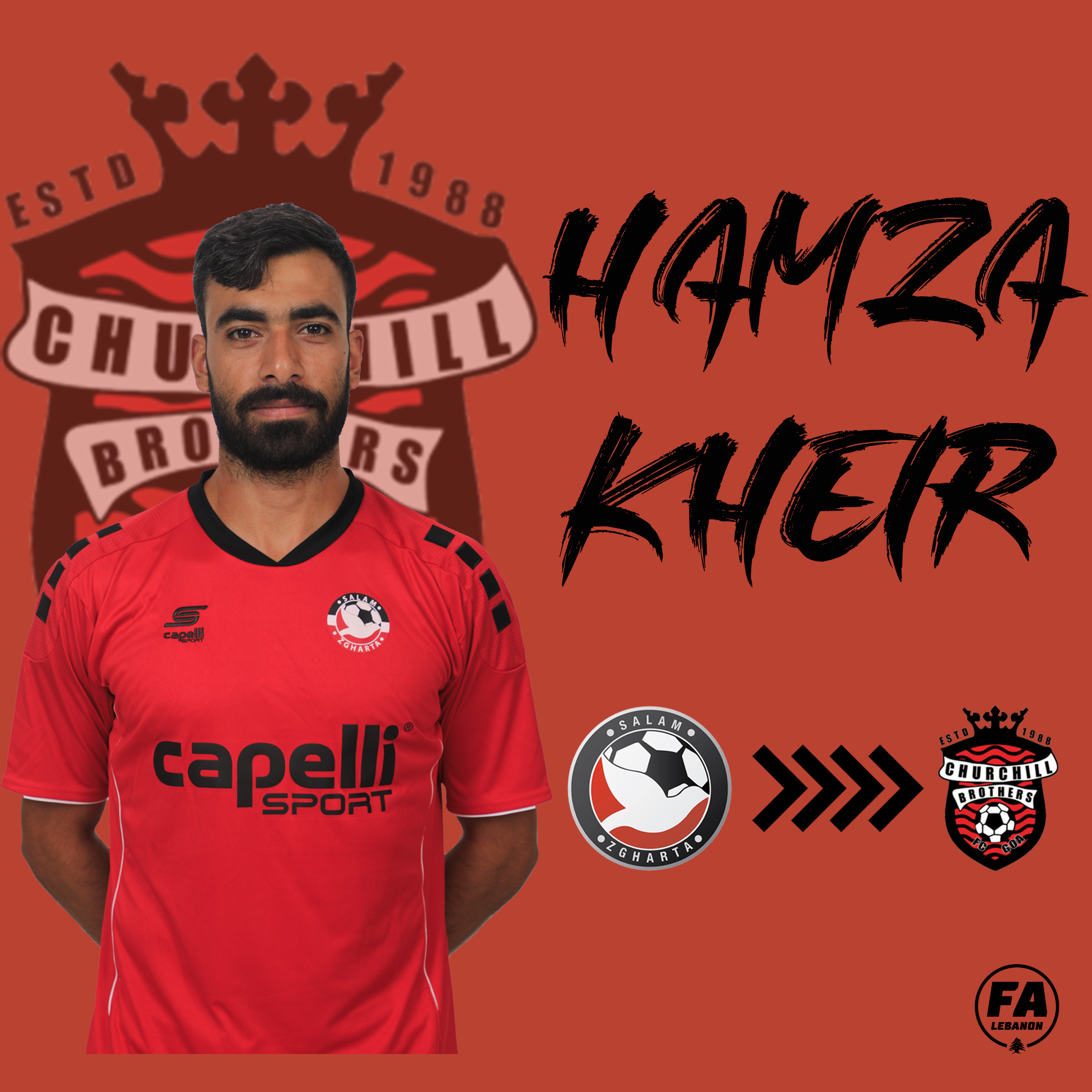 In an official statement, Churchil Brothers FC (India) has announced the signing of the Hamza Kheir on a one-year contract.

Kheir, 27, is a defender. He joined Salam Zgharta in 2014 and has become the team’s captain after playing 80 games with the northern team before leaving this winter.

He will be the 4th Lebanese player at Churchill following Akram Moghrabi, Bilal Najjarin and Hussein El Dor.

Lebanese players: Do they have their eyes on Malaysia?
Rabih Ataya with a new club