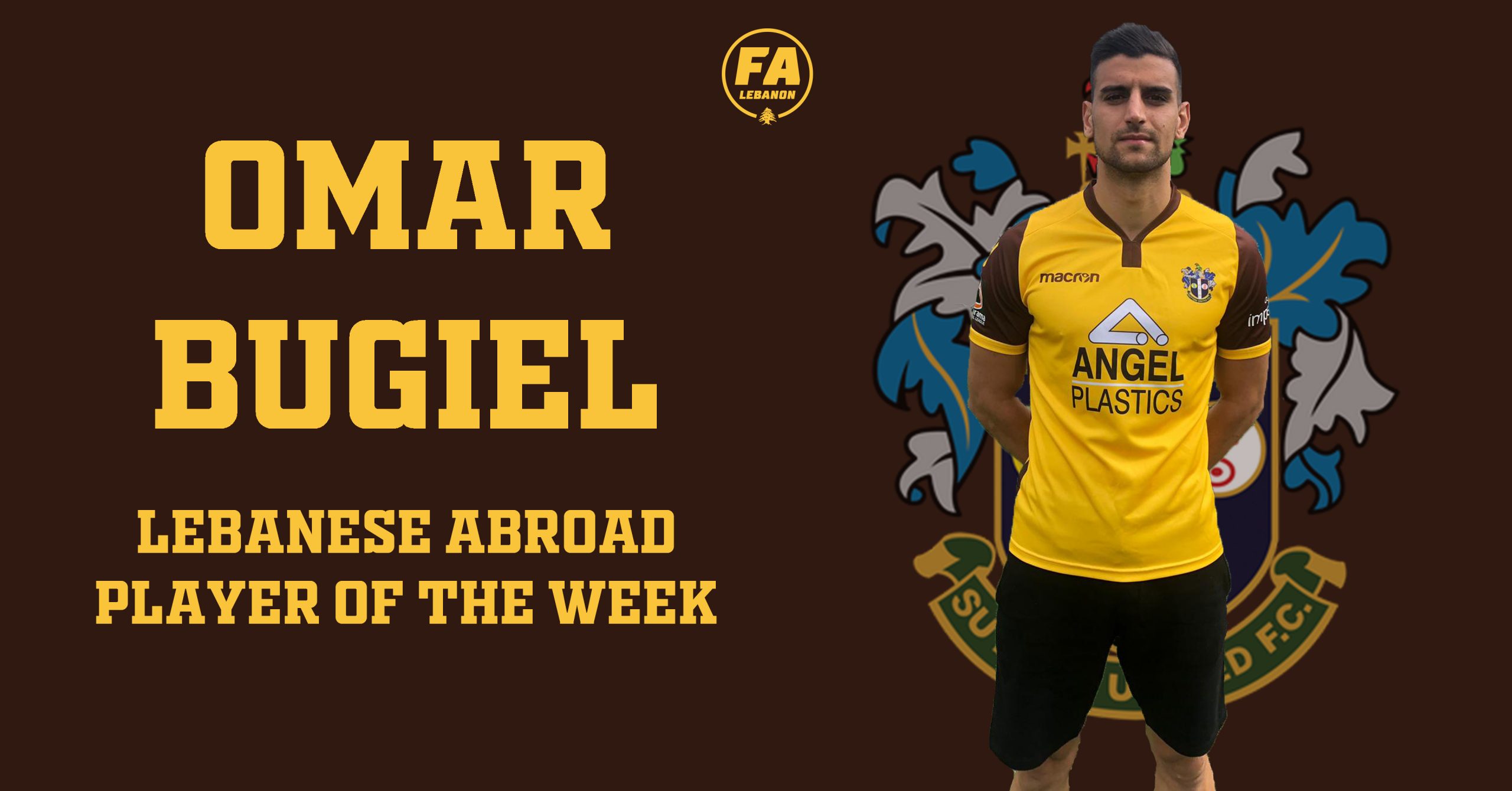 Omar Bugiel is the player of the week.

Al Nasr have never had such a good start of a season.

Al Nasr have now 14 points in second position, 1 point off the leader with a game in hand.

He played 70 minutes in each game. Sutton United are now second with 17 points with a game in had off the leaders (22 points) and 2 games in hand off the third position (17 points).

Sutton will be fighting for a promotion this season.

Majed Osman took the corner that led to the winning goal. He has been a key player in the rise of his team to a surprising 3rd position.

Hussein played the first half and his team was leading 3-1. This is his team’s comeback after back to back losses.

Melki came off the bench in the 45th minute. Al Khor lost the final against a better side.

This result comes after 5 games without a win. Hajduk Split is now 5th with 14 points.

This is the last game before the AFC Champions League that will be held in Qatar.

Rabih Ataya with a new club
Rabih Ataya at the national team: one of the most talented players of his generation