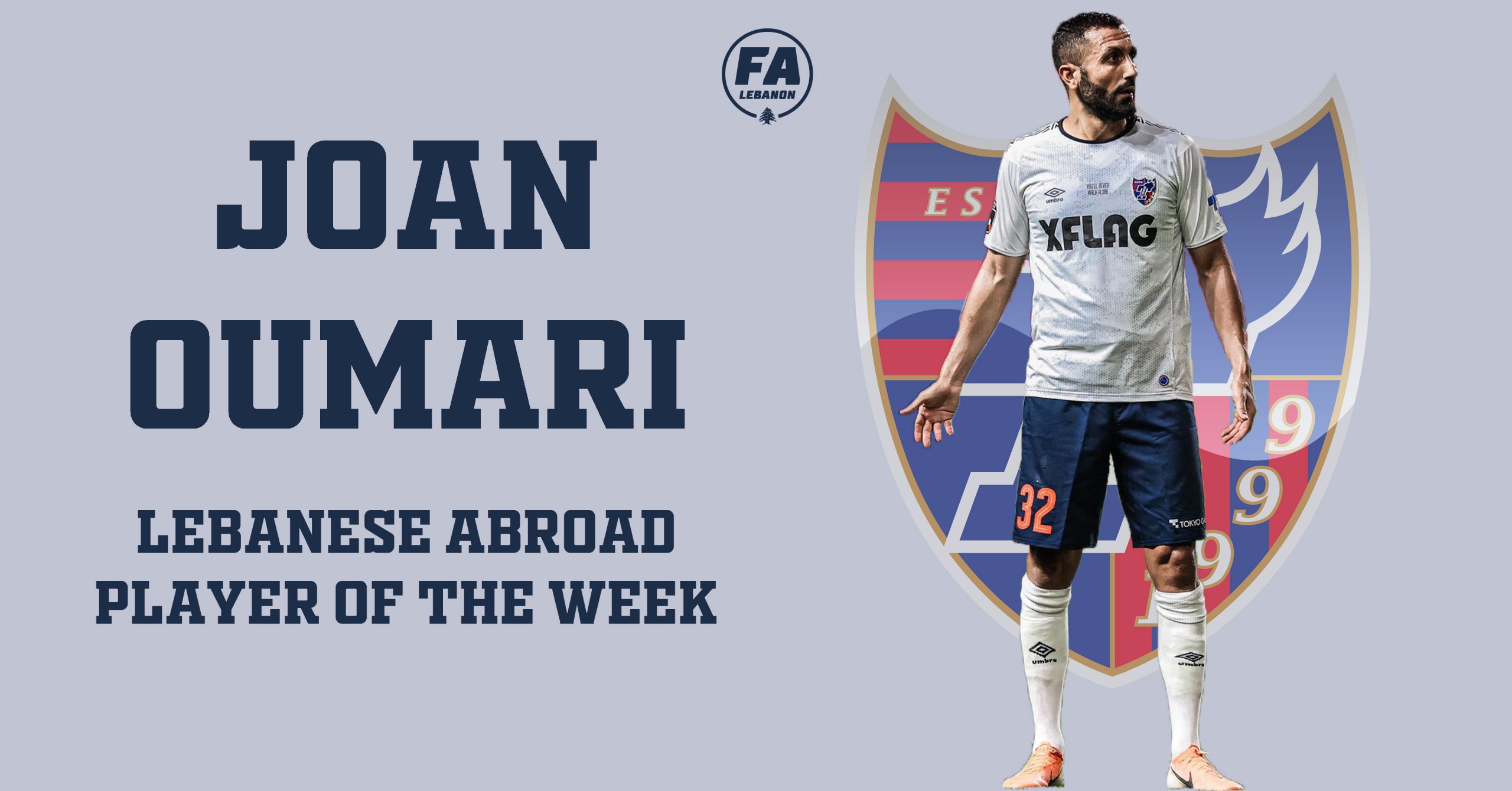 As said by the famous photographer Adnan Hajj Ali: if Egypt has Mohammad Salah, Lebanon has Joan Oumari.

Joan Oumari is representing Lebanon in the AFC Champions League. He is the only Lebanese to play in the biggest Asian competition this season.

FC Tokyo lost the first game but Joan Oumari was their best player (7.4 rating). He won 11 aerial duels out of 13! He created also a huge opportunity but Diego Olivera missed it.

FC Tokyo are now ranked second with 7 points. Their 2 remaining games will be played next week. FC Tokyo should finish first or second in order to qualify to the knockout stage.

Game after game, Hady Ghandour is gaining experience.
He played up front and contributed to the Addicks’ win against the Jacks.

Charlton are now ranked 4th of the South group.

Kassem Zein is doing very well in Kuwait. The numbers don’t lie: in 7 games, Al Nasr conceded only one goal.
He didn’t play the round 9 game.

Majed Osman is living a fairytale in Jordan. He is a starter in a team which is now ranked 3rd!

Sutton United are in the second position.
The win against Halifax Town was really important due to the fact they didn’t win any of their last 3 games!

The race to the EFL League Two is on fire!

Hajduk is back! The Champions from the coast won their second game in a row.
They are now ranked 4th.