Reactions after Nejmeh vs Ahed 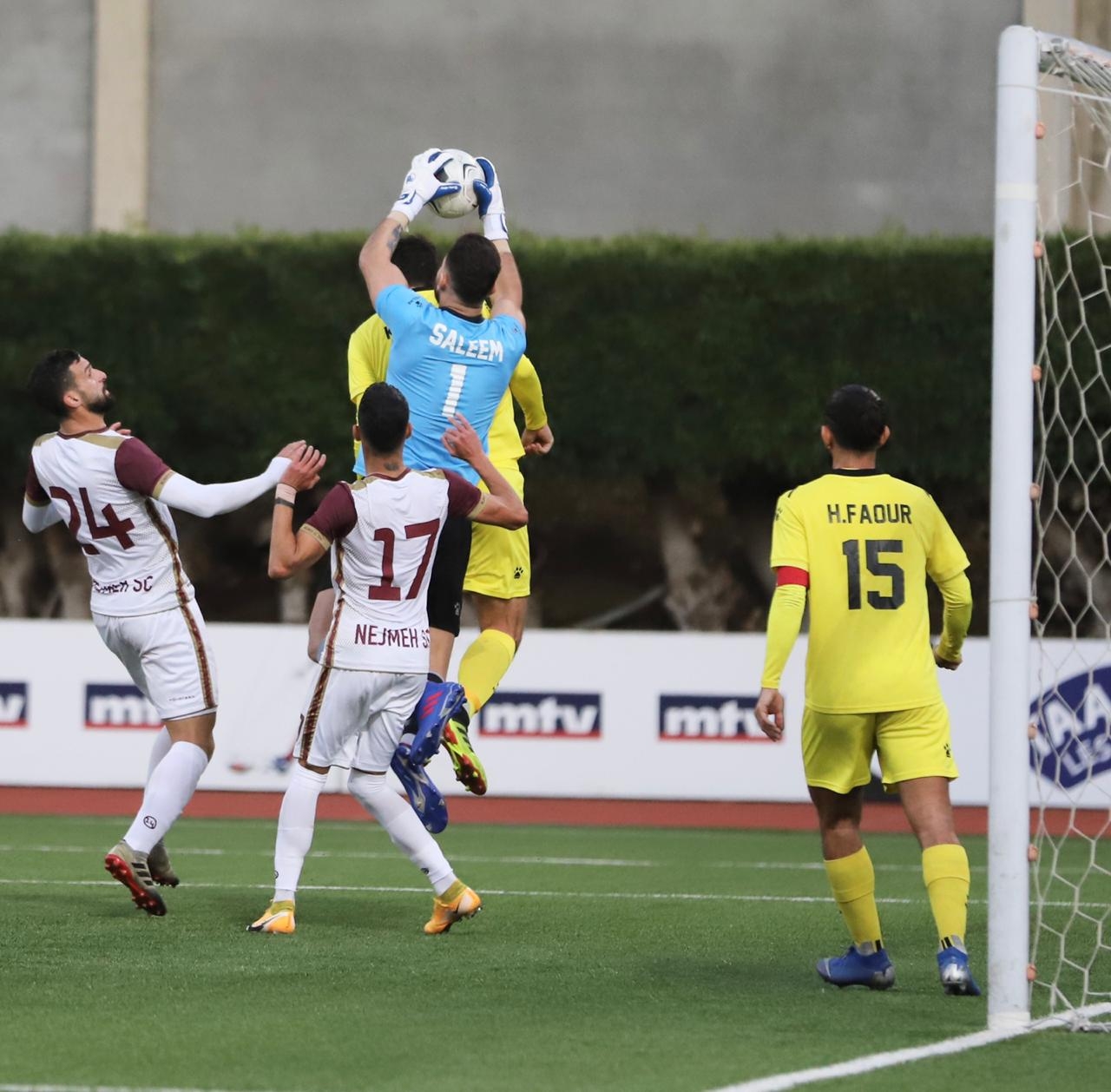 Everybody was awaiting today’s game between Nejmeh & Ahed. For the first time in a while, Ahed entered the game without being the favorite to win it. Both clubs shared the points after the final whistle, after each goalkeeper receiving two goals.

Mahmoud Siblini, Nejmeh’s player who scored the equalizer in the 79th minute, celebrated in a tribute to Mohammad Atwi, the late footballer who was killed earlier this summer with a stray bullet.

Khalil Khamis scored a late winner in the 92nd minute to bring the game level. After the goal, a fight took place between Ahed’s photographer, Kassem Chahine, and a fan who sneaked into the stadium moments before the goal.

According to Chahine, after successfully defending himself against the fan, he was attacked by some Nejmeh players and vice president Ali Sabeh. Read his full statement in Arabic.

Returning to the match, Ahed posted a picture of Khalil Khamis hushing the opposition after his late equalizer. This picture wasn’t received well from Nejmeh’s fans as they just couldn’t get their first against Ahed since 2014.

From his side, Ali Sabeh, Nejmeh’s goalkeeper, apologized for his blunder that caused the second goal and promised the fans that they will celebrate the title come the end of the season.