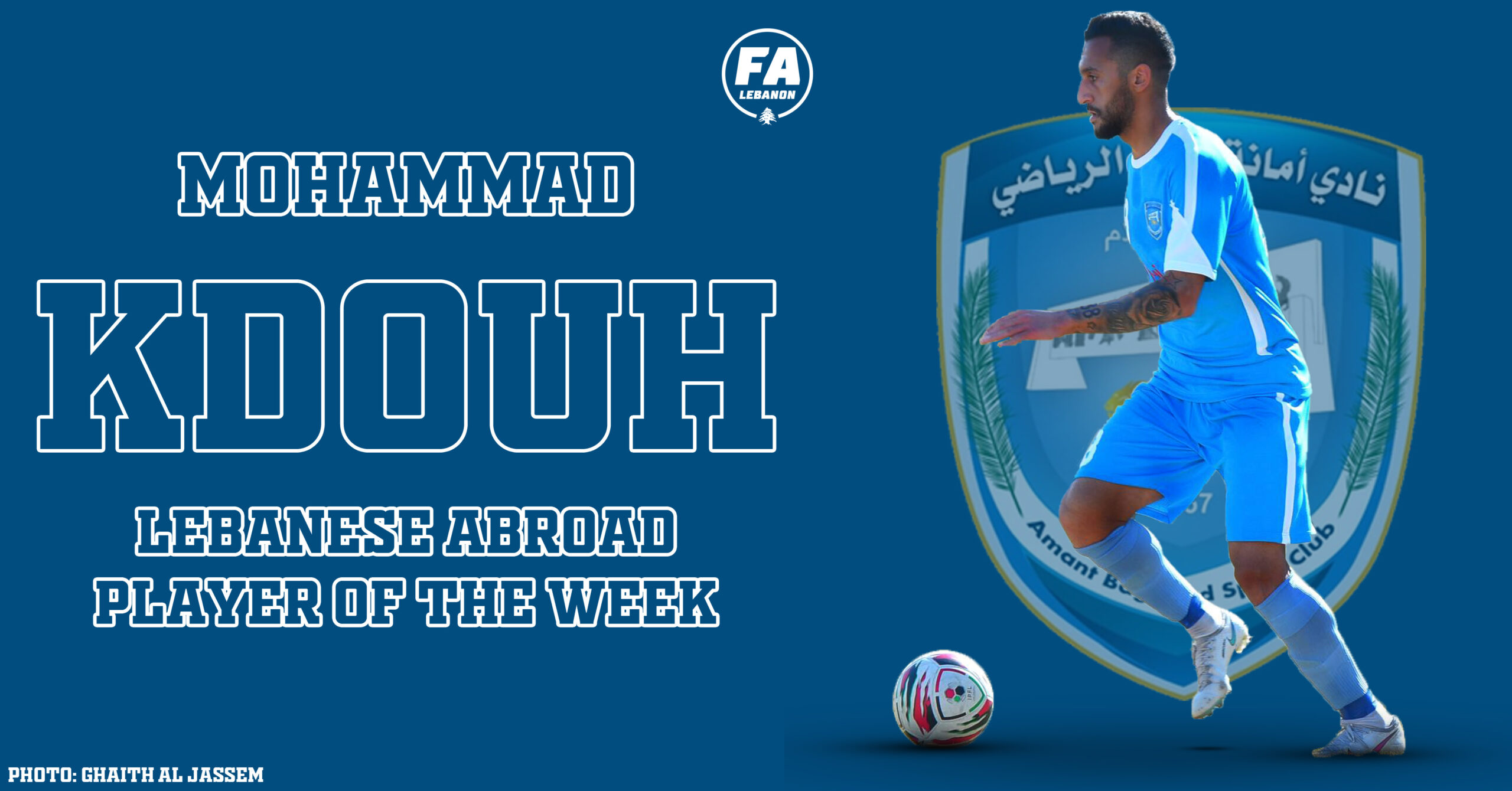 Ahmad Zreik played his first official game with Al Wehdat. The winning goal was scored in the 85th minute.

Kassem Zein continues to show a good level in the Kuwaiti Premier League. His club maintained their position on top of the table. Kassem Zein’s experience in Kuwait is so far successful.

Hamza Kheir’s team also remain on top of the table. The Lebanese defender suffered a head injury but he is fine. A real warrior!

3 wins in a row for Sutton United. They are now closer from the leader. Omar Bugiel Chaaban played 55 minutes in this game.

New player in our report: Omar Ammache, 23-year-old. Unfortunately, he failed to convert a penalty in the 59th minute. Fa Lebanon will continue to follow him carefully.

Mohammad Kdouh is improving his statistics game after game. This week, he delivered his first assist in the Iraqi Premier League.

Alexander Michel Melki played his first game with Al Shahania, the current leader of the Qatari Second Division, in a shock move that took everyone by surprise. His team has guaranteed at least a promotion play-off spot.

Mohammad Ali Dhaini was a starter. Both teams lead the group with 4 points.

No losers this season
Football is back!