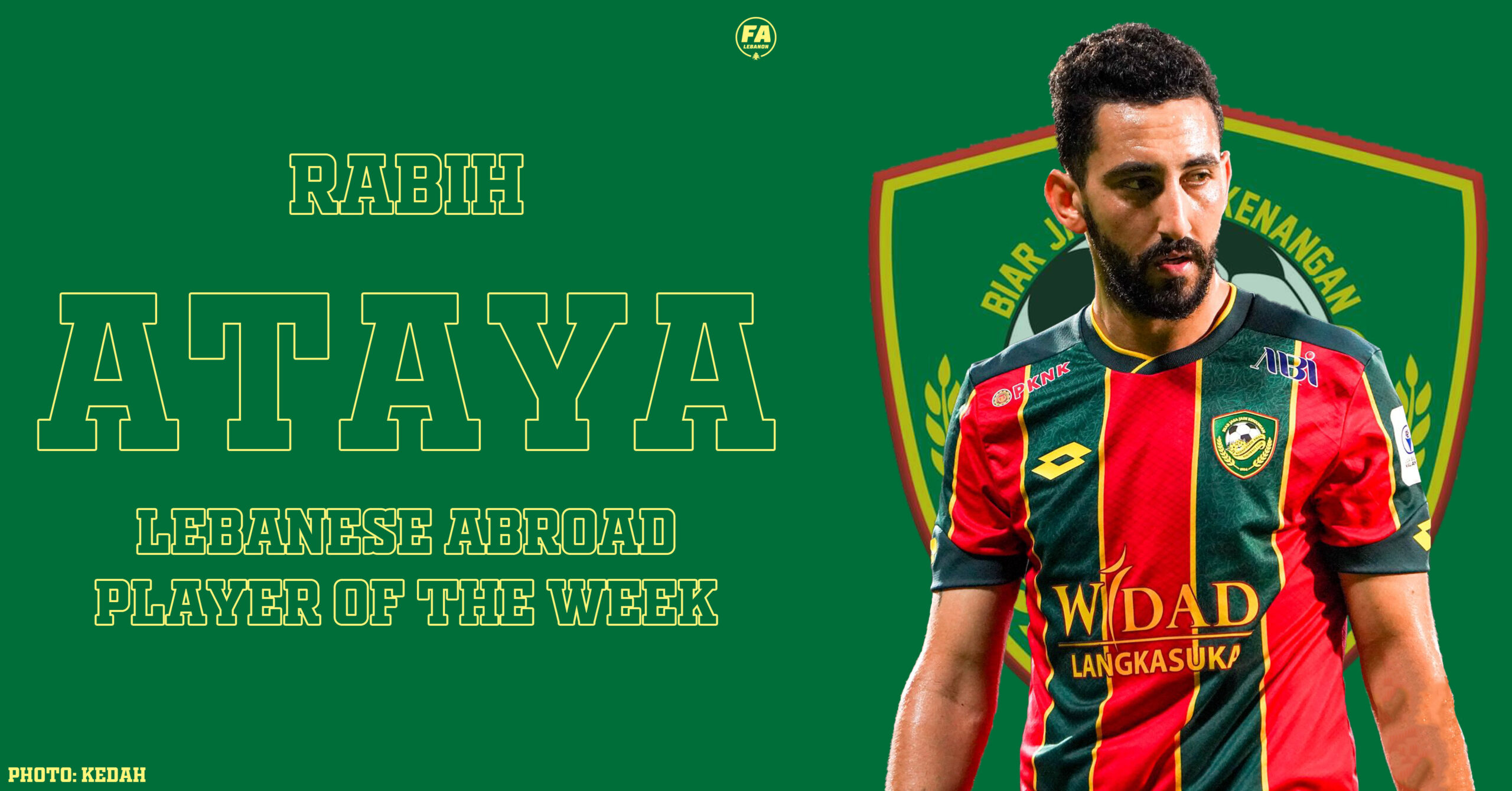 Player of the Week: Rabih Ataya

In the next game, Mohammad Kdouh returned to his normal performance was good especially in the offensive build-up.

Bako needs more time to be fully integrated with his new team.

Rabih Ataya provided two assists in two games in a row. He is showing his value once again in Malaysia.

Omar Bugiel started both games. Sutton United will most likely win the league and be promoted.

Al Shahania will only need 4 points in the next two games to be sure to be promoted to the first division.

Important victory for the capital club which climbed to fifth place. Joan Oumari has already played four out of six games in the J League this season. An excellent news!

I-League (Championship Round – Round 4)

Good news! Hamza Kheir is back! Hamza Kheir didn’t play the last 3 games due to injury.
The battle for the title is on fire: 3 clubs with 26 points on top of the table!

Jad Noureddine is back from injury! Good news for Ahly Manama!

Al Ahly are through to the next round!