4 things we learned from Lebanon vs Armenia 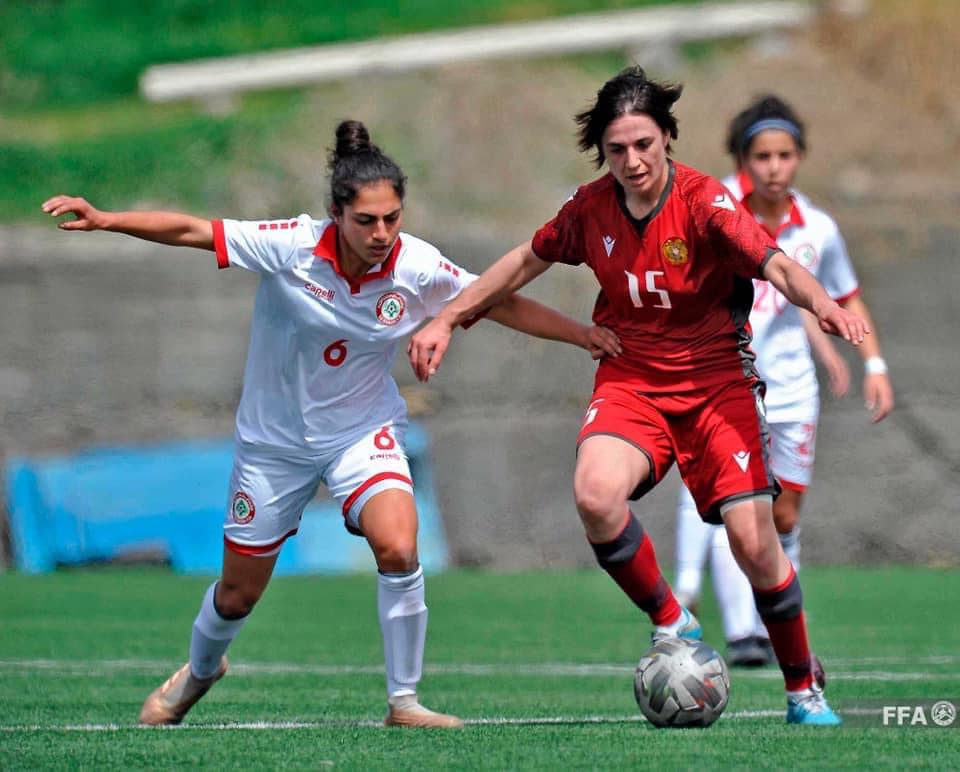 After an absence of 814 days, the Lebanese women’s national team returns to action in the Armenia Women’s Football Tournament. In the first game, the Lebanese team lost 2 0 against the hosts in a game that was not bad for the Lebanese side. What can we take from this defeat?

6 players got their debut in this game

Among the 20 players called up to the team, 8 players had not represented the senior team yet. Reeda Wahhab, Nour Njeim and Cynthia Salha started the game while Melanie Ghanimeh, Ghiya Mtairik and Farah El Tayyar made their debut off the bench. The two remaining players without a cap are the two goalkeepers, Perla Nasser and Synal Breich.

Since its start in 2006, the Lebanese Women’s national team has played 30 games, winning just 8 of them. The Lebanese team scored 47 goals and received 117 goals.

Tchaylian returns to the National Team

3470 days passed between the last two caps for Nancy Tchaylian for the football national team. During that time, she represented Lebanon in Futsal. This makes it the biggest gap between 2 international appearances for a Lebanese player (if the NT was active still).

We are not far off

One thing this defeat made us sure of, is that our girls are not far off the likes of Armenia. Due to the COVID-19 situation, the girls could not train more than 8 times before flying for the tournament (even the flight was not a smooth one). Nevertheless, it is clear we are on the right track. It will be interesting to see how we perform against Jordan on the 12th.