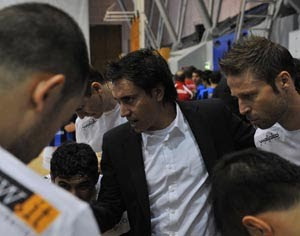 To reach the world cup in Lithuania, the Lebanese futsal selection has to win against Vietnam in the play-off qualifiers.

The Lebanese Football Association has decided to appoint coach Ramiro Lopez Diaz as head coach, according to source close to FA Lebanon.

The Spanish coach has spent most of his career in Italy. He won the Italian Cup in 2010. He also coached in Kuwait, winning the local league in 2017.