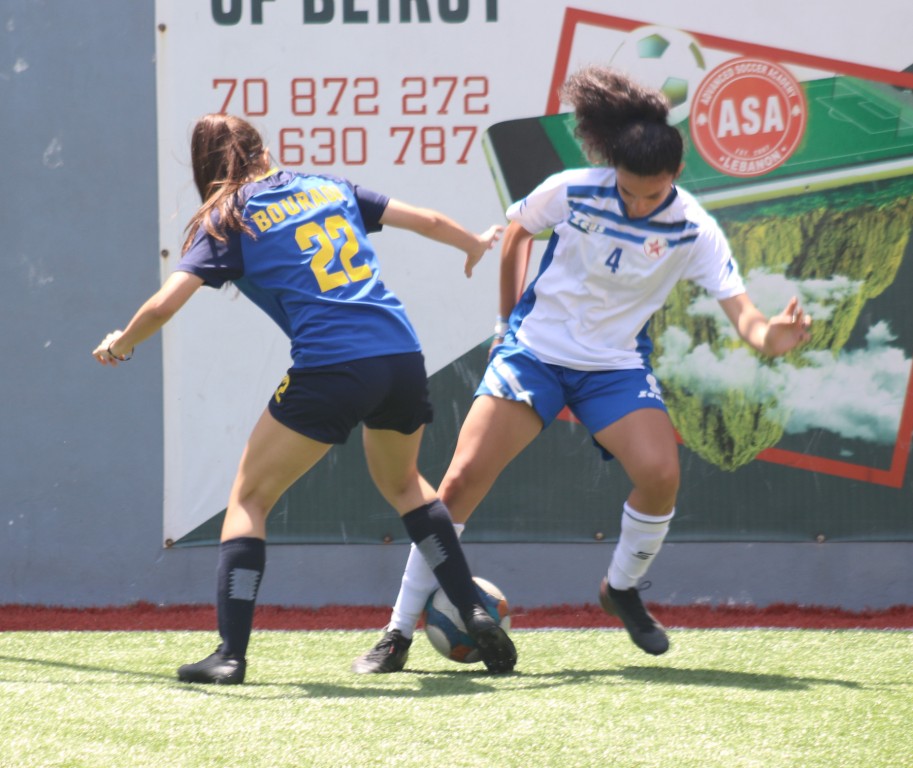 After a long lay-off due to the COVID-19 pandemic, the women’s football league is finally making its comeback on Sunday, May 23rd.
The final match week of the women’s senior league (2019/20 season) was played on March 1st, 2020, which saw SAS crowned the champions for the second time in a row, making that a total of five league titles.

Shortly after, an imposed nation-wide lockdown to battle the ongoing health crisis meant the suspension of all sporting events around the country.

Lebanese football then gradually began to return with some categories like the Men’s, Youth, and Under-19 women’s leagues in the summer of 2020, however, the women’s senior league was still put on hold.

It was not until November of that year that a compromise was made to launch a senior level competition by creating a 7-a-side tournament. This championship would serve as a preparatory passage for the senior squads until an official league could be held.

All seven participating clubs left their mark on the tournament in one way or another. Newcomers Super Girls and Sakafi Chhiim, as well as returning club United Tripoli may not have gathered as many wins, but delivered with an abundance of goals, showing potential for later competitions.

Resident senior league clubs EFP and O’Berytus displayed their usual consistent performances, securing third and fourth place respectively.
The top of the table was a tournament long battle between reigning champions SAS and Safa Women’s FC. Although the points were shared, Safa had the upper hand on goal difference until the dramatic final week meeting where SAS was able to defeat them in injury time and claim the title.

With the return of the women’s football league approaching, the senior club squads will be keen on taking their acts from the preparatory championship into it for a successful season.

The start of the league also comes shortly before the WAFF Championship in Jordan, and the Cedars will make use of their time back in regular competition to better replicate the promising performance we witnessed at the Armenia Invitational tournament back in April.

Will the upcoming women’s senior league be a mirror of the preparatory tournament, or will we see some exciting new teams and surprising results?