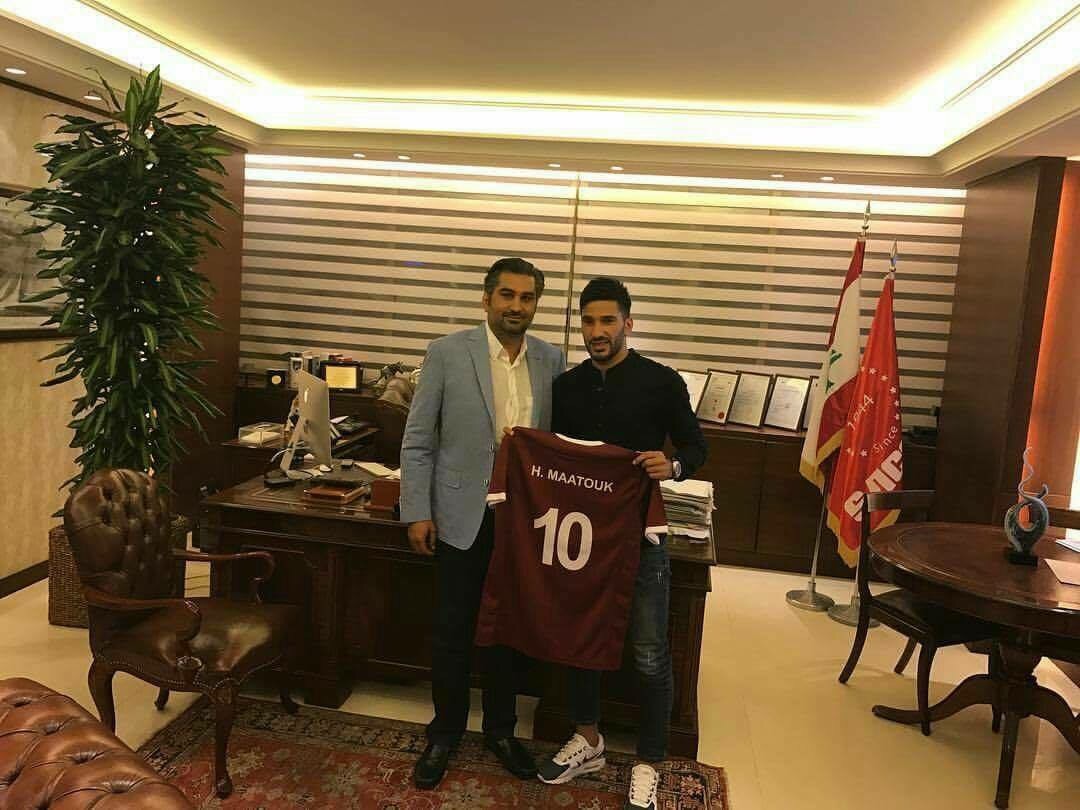 The Lebanese national team captain, Hassan Maatouk, who was recently playing with Fujairah, the Emirati team, agrees to sign with Nejmeh.

The Lebanese international has played in the Lebanese league from 2005 till 2011 with Al-Ahed, scoring 48 goals in 7 seasons. He then went on and joined Ajman in UAE on loan for a season, where he appeared in 21 league games and visited the net 6 times. In 2012, he moved on a permanent transfer to Al-Shaab, where he scored 4 league goals in 25 appearances.

Hassan Maatouk last but not least joined Fujairah in 2013, and is now their all time leading scorer with 46 goals in 91 appearances.

His decision of joining Nejmeh is based on his need to be in Lebanon for family reasons, and him being close to Nejmeh’s coach, Jamal El Hajj.

Best of Luck captain Hassan, a great addition for the Lebanese league!!