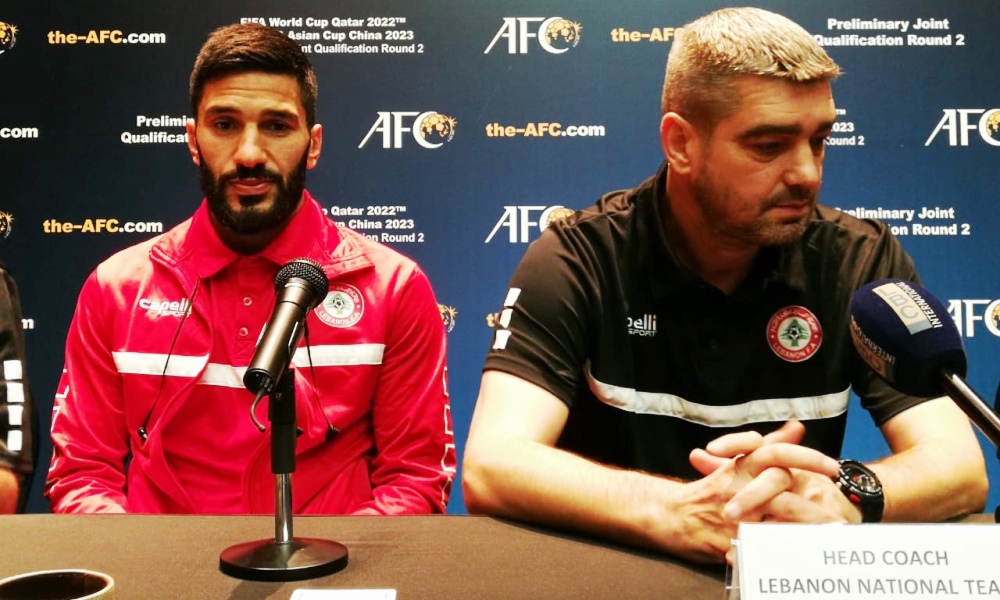 After the win 3-0 against a struggling Sri Lanka team, Coach Liviu Ciobotariu took the microphone to express his views about the game. He started by stating that he was happy for the win. According to him, the weather didn’t help both teams to play as tactical as they would’ve liked as the field got worse as the rain kept pouring down and the players had to make extra efforts. This win was very important for Lebanon as it means they remain in the race for the third round qualification. The coach liked the organization of the team and happy for the three points from a place where teams like Turkmenistan and North Korea usually struggle.

FaLebanon had the chance to ask a couple of questions to the Romanian coach at this press conference with the help of our friend Novad Wijewickrama from The Papare.com.

You played against a team who scored 0 goals in 3 games, why did you field 2 defensive midfielders?

Before each game, I make a tactical analysis of the opponent and do what I see best, first I choose the best 11 to play my football and then I see what are the weaknesses of my opponent and work on that balance.

This was the first appearance for Hussein Rizk, how do you reflect on that?

Sri Lanka did a heavy changeover due to injuries, and I have several young players in my team. I like to play young players to give them experience for the future.