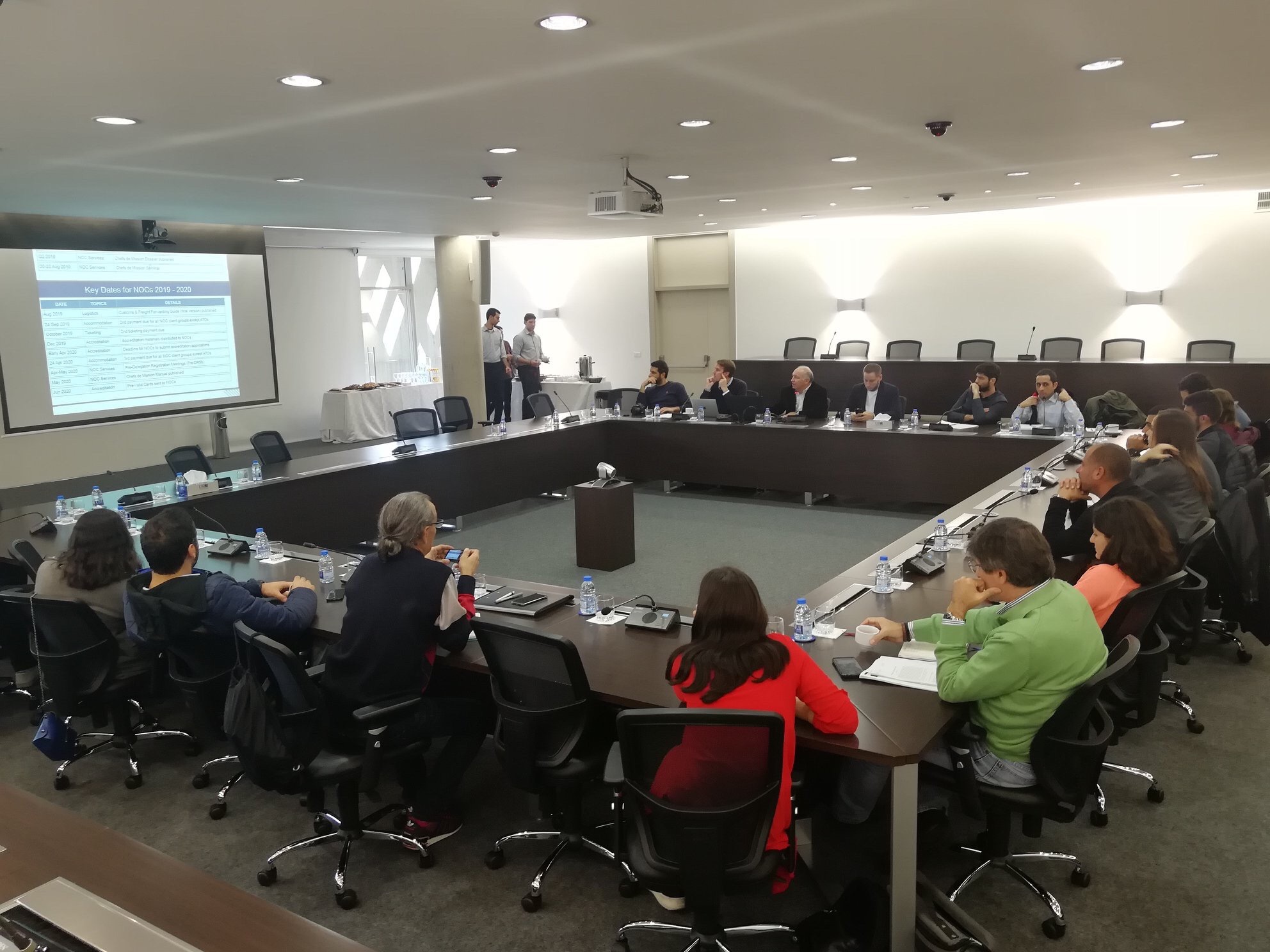 On March 2nd, 2019, LESSN came together to discuss Lebanon’s participation at the Olympic Games of 2020 in Tokyo with Mazen Ramadan, the head of Lebanon’s Olympic delegation for Tokyo 2020, Ralph Harb, coach of the Lebanese taekwondo national team, and Ray Bassil, elite shooter and 2018 Asian Games gold medal winner. In the last two Summer Olympics, Lebanon’s Olympic delegations consisted of 10 athletes in London 2012 and 9 athletes in Rio 2016. For Tokyo 2020, only NOCs with an average of 8 or fewer athletes in London and Rio are eligible for wild cards. Hence, apart from swimming and athletics which will invite one man and one woman from each country, Lebanese athletes of other sports need to qualify to participate in the Games.

There are currently 9 Lebanese athletes (5 women, 4 men) that hold Olympic scholarships. The majority do not live in Lebanon. These three-year long scholarships provide for stipends and travel fees for athletes that will allow them to train in their countries or in other Olympic training centers. According to Mazen Ramadan, Lebanon is one of the countries that are benefiting the most from the Olympic solidarity programs. The Lebanese NOC is subsidized by the International Olympic Committee for Tokyo 2020 with a total of $270.000.

In order to register an athlete for the Olympic Games, this athlete has to be part of a national federation. There are national federations in Lebanon for 28 of the 33 Olympic sports. The only federations missing are for the following sports: baseball/softball, field hockey, pentathlon, skateboard, and sport climbing. Two German-Lebanese skateboarders contacted the Lebanese NOC and expressed their interest in participating in the 2020 Olympics but since there is no Lebanese federation for this sport, they will not be able to participate. Mazen Ramadan said “Our main aim for Tokyo 2020 is increasing the number of participating athletes”.

Taekwondo is an example of a sport that achieved some tremendous successes. It was the only sport that won a medal for Lebanon in Youth Olympics Games. The Lebanese Taekwondo National Federation tries to focus on young local talent. This task is very challenging considering that these young athletes have a very hectic school schedule. Furthermore, the Lebanese Taekwondo National Federation does not accept athletes that are not living in Lebanon for a duration of at least 6 months.

Different issues were also raised during the meeting:

1- Lebanon does not seem to respond quickly enough to the introduction of new sports in the Olympic Games. In other countries, these new sports are often introduced into the physical education curriculum of the schools to boost their popularity.

2- Lebanon relies heavily on athletes from the diaspora, which takes away the chances of local talent.

3- Lebanon lacks the facilities and knowledge to train homegrown talent to the level of their counterparts abroad.

4- Many Lebanese athletes have second jobs because they don’t benefit of sufficient funding that will allow them to train full-time for their sport.

5- There is a lack of media coverage. The Olympics events where Lebanese athletes are participating are barely broadcasted on the big channels. A suggestion would be to focus more on Lebanon’s achievements in sports on social media and create a social media account “Lebanon Tokyo 2020”. Furthermore, the Lebanese NOC should ensure that local TV is covering the Lebanese athletes during Tokyo 2020. For instance, Tele Liban should start discussing the matter with the right holder BeIN SPORTS ahead of time.

6- The majorities of the people that work in the Lebanese sports sector do not have a background in sports, and therefore do not know how to cope with the problems that athletes are facing. They should look for advice from sports experts such as members from the LESSN community or by forming a Ministry of Sports advisory body.

7- The launch of an athlete’s commission was suggested to involve Lebanese Olympians more into domestic sport’s governance.

8- The government must keep promises such as paying bonuses to athletes when they achieve success.

9- Most participants were in favor of selecting a flag bearer who lives in Lebanon and contributes to the development of local sports rather than an athlete from the Lebanese diaspora, as it was the case in 2016.

The next meeting of the LESSN will take place at the Lebanese University on the 28th of September, 2019. The topic that will be discussed is “refugee sports in Lebanon”. Let us know if you have any suggestions for the next meeting.

More in Other Sports