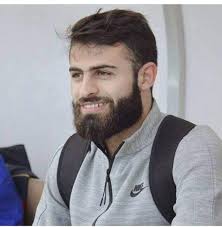 In an official statement, Nejmeh have announced the signing of Hussein Awada from Ansar, giving the player a 3-year contract.
Awada, 30, is a forward. Since 2011, Awada played a combined total of 132 times in the league for Salam Sour, Ahed, where he won the league in 2014/15, Safa, Al Shabab Al Arabi, and Ansar. Over these 132 appearances, the striker scored 21 times.
The forward also represented the national team 19 times from 2013 till 2018, however, he didn’t manage to put his name on the scoresheet in said games.