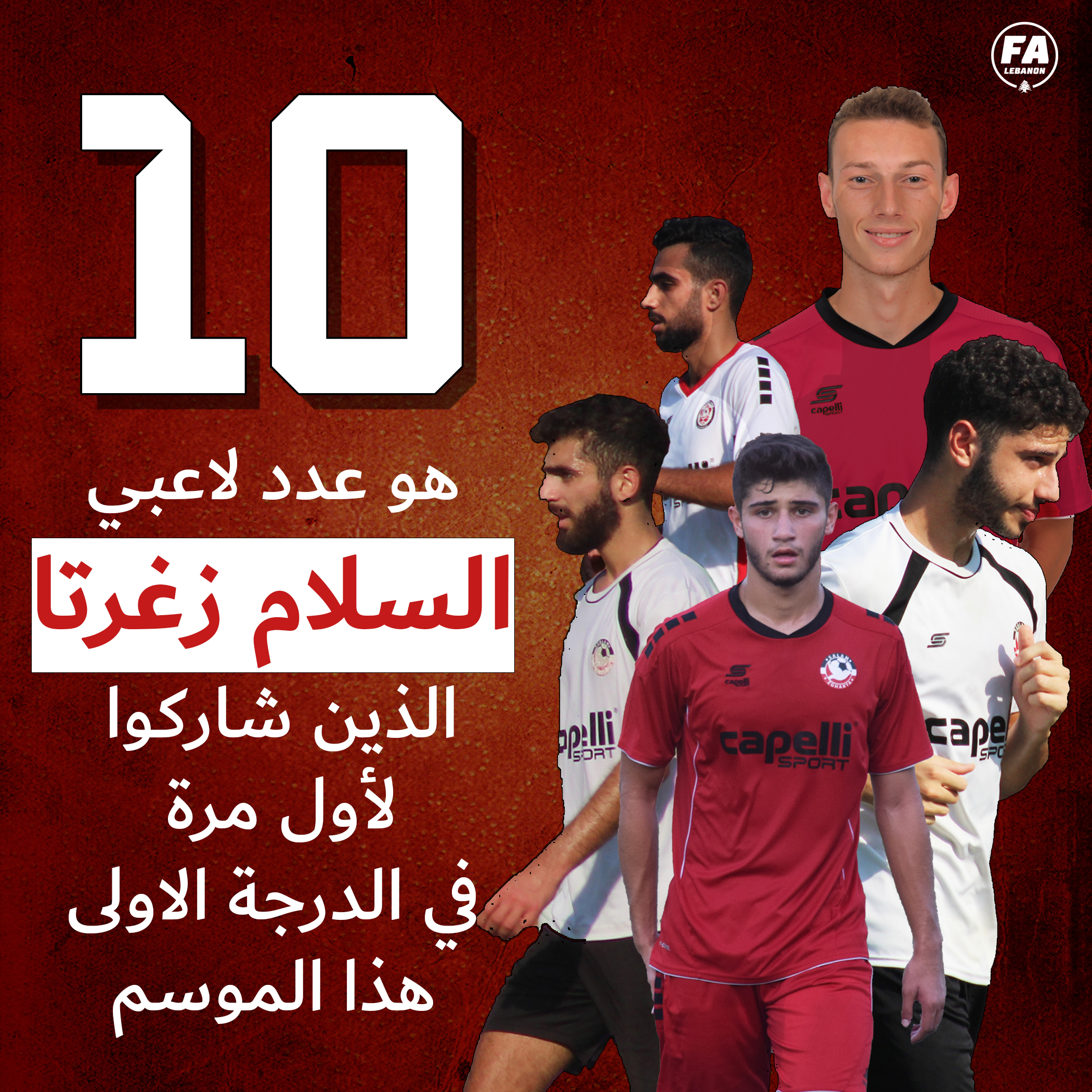 The first round of the Lebanese Premier league has come to an end. This is the first season that the Lebanese Football Association (LFA) has re-enforced a law that obliges each club to include between 1 and 3 under-22 players with a set number of minutes, this limit is easily achievable. In fact, only 2 clubs have not met the limit yet but are projected to in the upcoming games.

Taking in mind this rule and the economical collapse in the country, many clubs have decided to rely on the youth. Did it pay out like they would like?

The closest team to field as many players is AC Tripoli. The other northern team fielded 9 debutants in a total of 2070 minute. 57% less minutes than Salam Zgharta.

The number of minutes given to debutants could be a key determent in the final position of the club. The top 4 teams to field Premier league debutants are the in the bottom 4 positions in the league. In addition to Salam Zgharta and Tripoli, Chabab Ghazieh (6 players, 1046 minutes) and Tadamon Sour (5 players, 1317 minutes) complete the bottom 4 of the league.

On the other hand, Safa has given more minutes to their debutants than Ghazieh. 1146 were played by 5 players; 1016 were played by 2 of them, Talal Dandashli (716) and Jawad Talayeh (300). Dandashli took the nod for the starting position after the injury of both goalkeepers Rabih Kakhi and Hassan Hussein.

Ahed FC gave a debut to 4 new players, playing a total of 927 minutes. 3 other players had only played less than 100 minutes each in the league before and were featured regularly this season. In comparison, Nejmeh and Ansar only fielded 2 new players each with them playing 659 minutes combined (469 for Ansar and 190 for Nejmeh). Like Safa, Ahed would not rely as much on youngsters if it wasn’t for many injuries that faced the team. Are you still wondering about the reason behind their failure to defend their title?

Shabab Sahel introduced 6 new players to the Premier league in a total of 794 minutes. 663 of those were given to Haidar Awada, former player of Al Ahli Nabatieh. An equal number of minutes were given also to Mohammad Haidar, a young player who started playing last season.

The Bourj Barajneh rivals introduced 4 players each to the Premier league with the Bourj debutants playing 317 minutes and Shabab al Bourj playing 834. While Akhaa Ahli Aley had 5 newcomers to the league, with them playing 417 minutes. Players like Daniel Abou Fakher and Ali Merkaboui, who have little experience in the league, have played 1267 minute combined.

Playing with a high number of “fresh” players in the Premier league will most probably not win you titles on the short term, especially if it is their footballing debut. In the end, experience is key to winning titles, but in order to have experienced players, a club must play them.

A new resignation in the premier league
Ahed star leaves