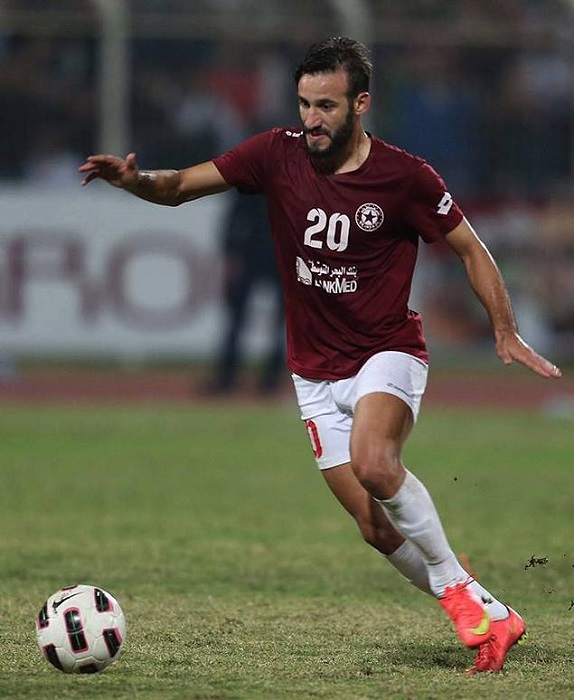 In an official statement, Nejmeh SC announced the renewal of Khaled Al Takaji for another season.
Al Takaji, 33, is a winger who started at Nejmeh SC and only spent two season away at Al Ansar FC and Akhaa Ahli Aley FC.
Since 2012, he has played 132 Premier League games, 96 at Nejmeh.
He also won 1 Premier League, 1 FA Cup and 2 Super Cups with the Manara team.

Issah Yakubu close to sign for Al Arabi
The new dates for the return of football… Again.