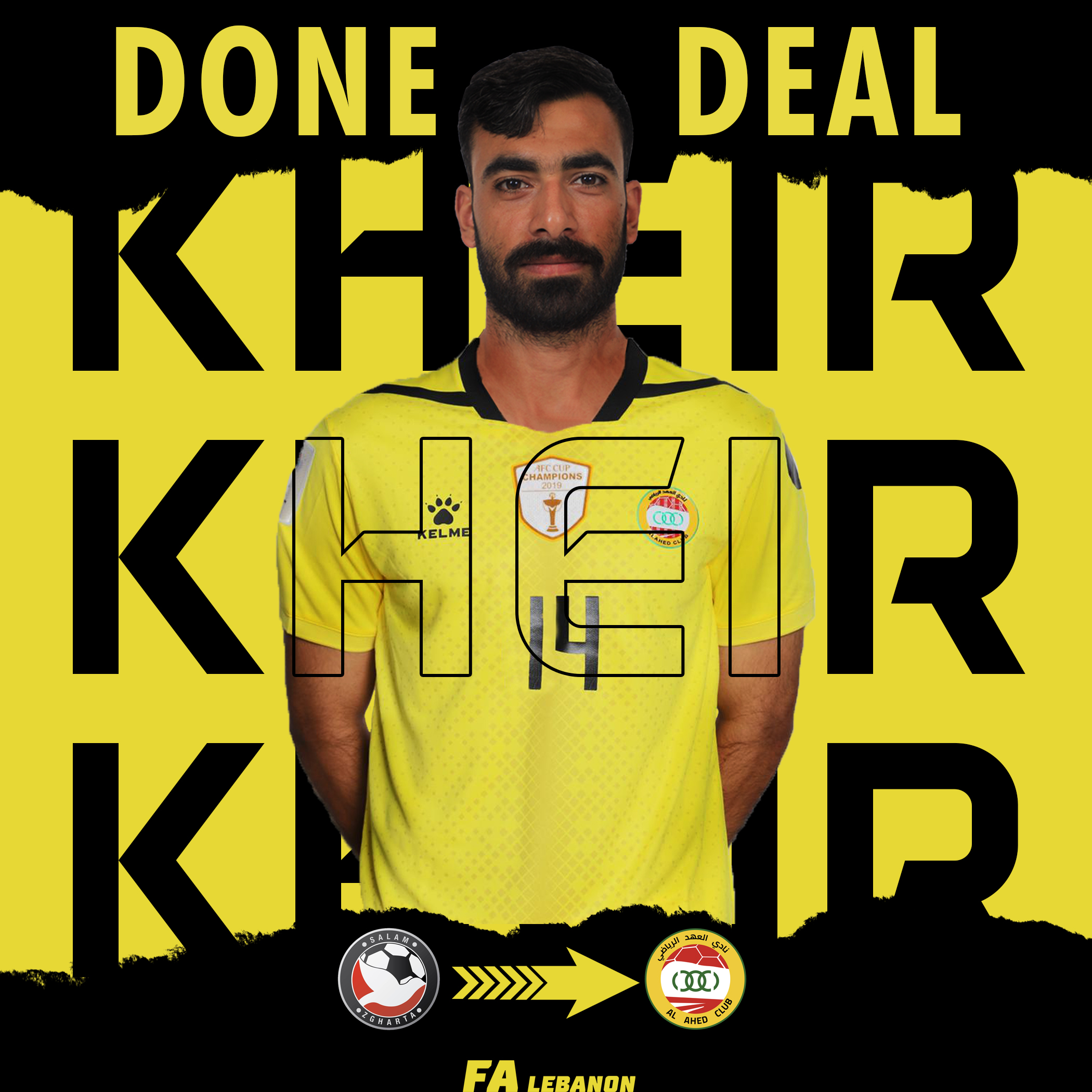 In an official statement, Ahed has announced the signing of Hamza Kheir.

Kheir, 27, is a center back. Last year he joined Churchill Brothers in the I-League and played 11 games, making one assist. He was chosen as I-League’s defender of the season. Overall, Hamza Kheir has played around 80 games for Salam Zgharta in the first division.